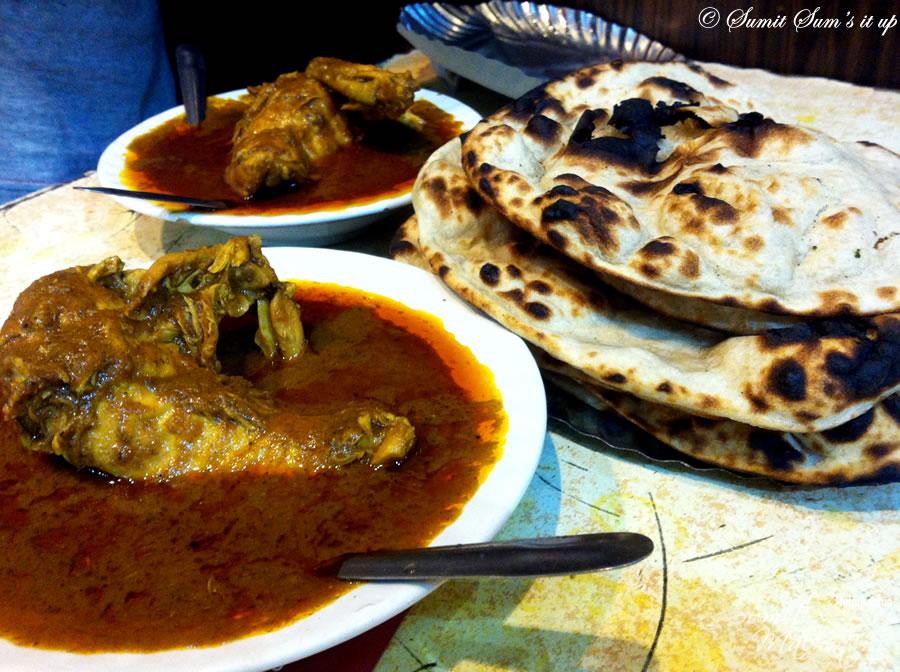 Rajinder da Dhaba  – The Best Chicken Curry! With chest or leg whatever you like.

I remember eating from/ at Rajinder da Dhaba ever since I started acknowledging that there was something called memory. Mostly during no pocket money years, it was either Dad or Uncles who used to loosen change from their pockets for this amazing chicken curry. However, when I was capable to pay for my own chicken, I still remember having a belly full meal of a Chicken Curry (Chest piece) and Naans for a meagre Rs.30.

Comprende? A full meal for Rs.30. And to make matters interesting at that time (the 1990s) Rajinder da dhaba used to have differential pricing for chicken leg and chest pieces – a practice that is still followed at the urbane avatars post demise of Sardar Rajinder Singh – the man who started it all.

How things have changed? Rajinder da Dhaba used to stand on an encroached piece of land adjacent to a crematorium opposite Kamal Cinema in Safdarjung Enclave, an upmarket South Delhi colony. Rajinder Singh must have managed to keep the easily bought beat cops and municipal authorities happy since this went on for quite a long time.

He was always at the helm of affairs supervising the three curries (2 chicken and 1 mutton) and a few dry roasted (tandoori) items, mostly chicken and 1 that of fish. Even at that time, the place was as popular with the commoners as it was with the Benz owners – no social barriers here.

Today! After vacating the original patch of land, it has grown to four sectioned eatery in the Safdarjung Enclave Market. Two of these outlets are right in the centre and cater to the parked cars, drunken boisterous males and takeaway orders. The other two are located at the rear end – where one of these provides just a standing option for the commoners and the second boasts of an air-conditioned family section.

Most people often swoon when they talk about the tandoori and fried stuff at Rajinder da Dhaba, but not me. For me, the time stopped when I first paid for my own chicken curry and three of those crispy naans – my standard order till now. Not that I don’t like the other stuff but this was a complete poor man’s meal and it still exists for me like that. But if you have too – their tandoori chicken and malai tikka are one of the best I have had at a roadside eatery.

I was there recently and found that not much had changed (including the naans wrapped in outdated newspapers) except that the son who manages the outlets has managed to lose a lot of weight. The taste of the chicken curry and the crispness of the naans was the same (texture, spice mix, aroma .. blah, blah) as I have always remembered them. The dhaba remains.

If you have a love for spicy fowl go there and to get addicted for life. It is to die for. 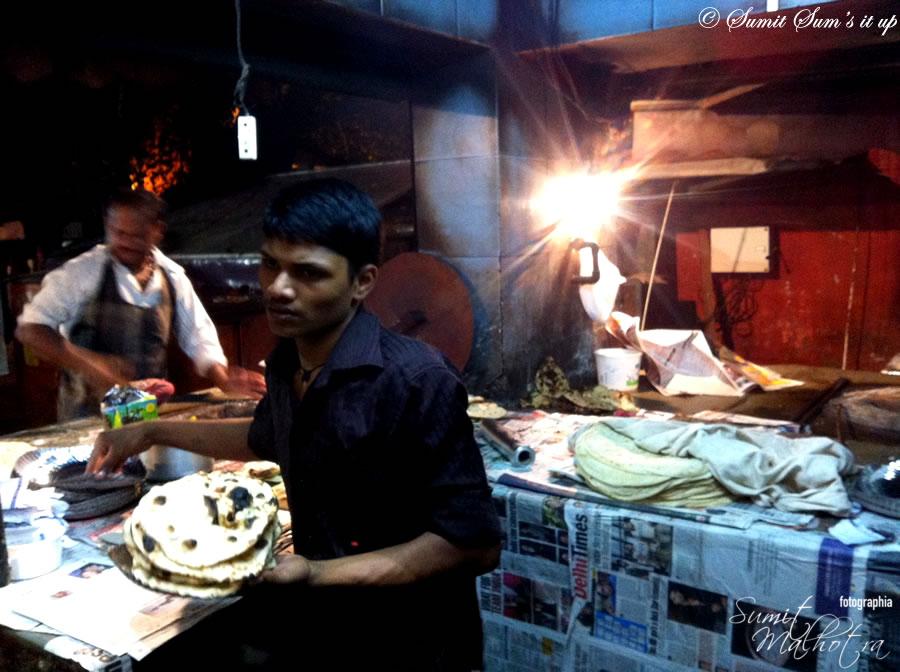 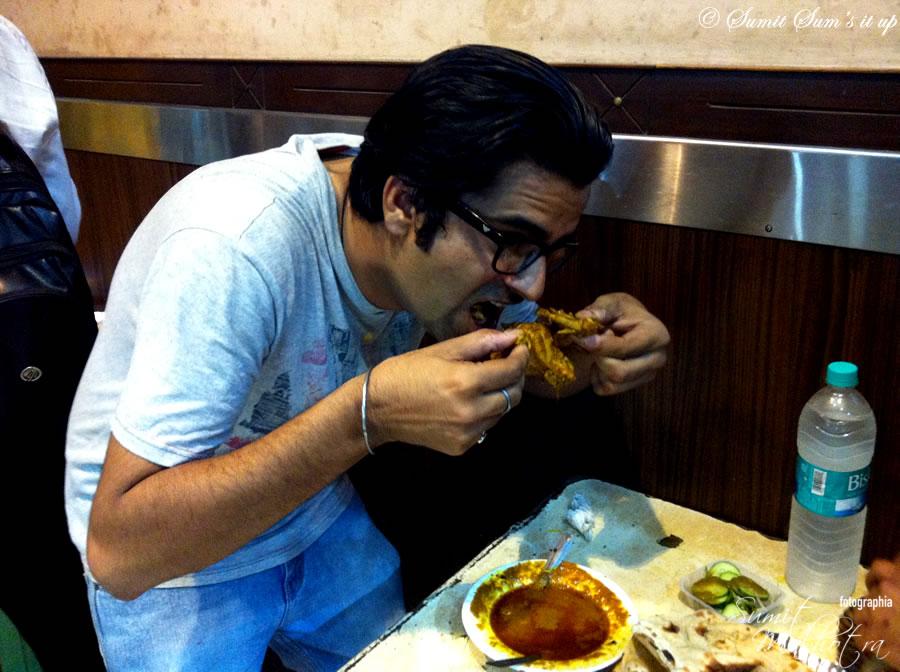 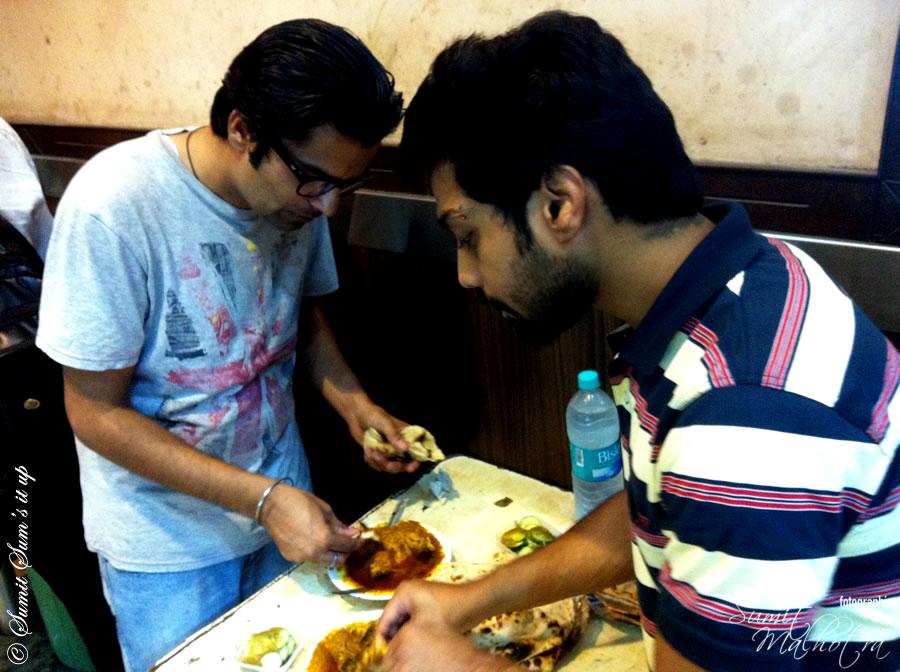 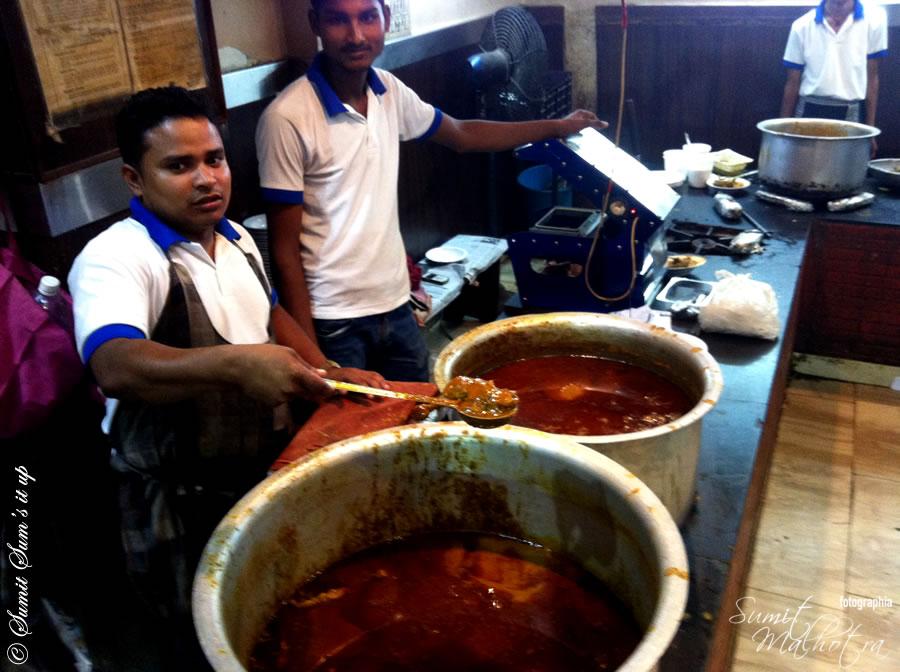 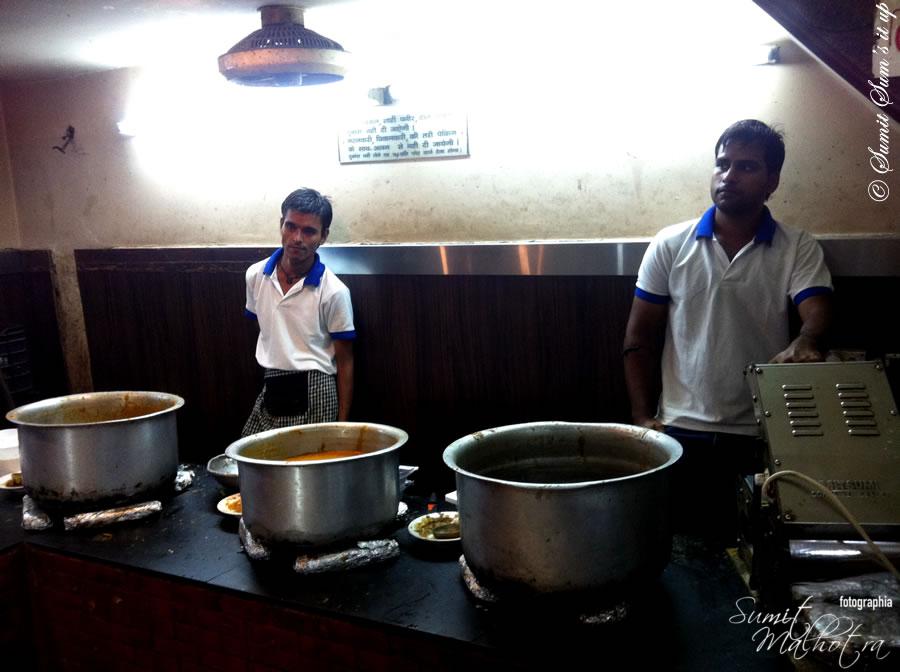 Vegetarian Only: No Way!

Do they deliver: Yes, locally

Do they cater outdoors: Yes

Credit Cards Accepted: No! Cash only

Airconditioning: Yes! In the family section

Smoking Permitted: No! Try the street

Parking: Legal Street side (Valet: No)

Outdoor Seating: No! But you can stand and eat