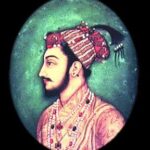 Dara Shikoh also known as Dara Shukoh, was the eldest son and heir-apparent of the Mughal emperor Shah Jahan. Dara was designated with the title Padshahzada-i-Buzurg Martaba and was favoured as a successor by his father and his older sister, Princess Jahanara Begum.

Dara Shikoh was born in Ajmer , the land of Khwaja Moinuddin Chishti, to whom, his father Shah Jahan had prayed for a son. The eldest son among six, Dara was groomed to be the future ruler of the Mughal Empire and the citadel was his home. While his brothers were deputed to far off provinces as administrators, Dara, the apple of his father’s eye was kept within the Imperial court.

Through his studies, he came to the conclusion that the ‘Truth’ was not the exclusive property of any particular or ‘chosen’ race but could be found in all religions and at all times (Dara Shikoh, Shathiyat). He believed that there must be a common source of all revealed scripture, what is referred to as Umm-ul-Kitab (mother of the book) in the Quran.

He thus became part of a great literary movement for the adaptation of Islam to the spiritual traditions of India. While Dara Shikoh was the latest bearer of this tradition, the movement itself traced its roots to the several Muslim rulers who had, in the past ordered the translation of various Sanskrit works into Persian in order to increase the Muslim understanding of Hinduism. An example of this is Emperor Akbar’s Maktab Khana (translation bureau), which produced translations of the Mahabharata, the Ramayana and the Yoga Vashistha.

In the war of succession which ensued after Shah Jahan’s illness in 1657, Dara was defeated by his younger brother Prince Muhiuddin (later, the Emperor Aurangzeb).

The Sufi Prince lost the first attack at the Battle of Samugarh in 1658. The defeated Prince sought refuge in Dadar, Afghanistan but was betrayed by his host to his brother, Aurangzeb. Charged with apostasy by Aurangzeb’s Ullama, Dara was executed on September 9th, 1659 and his body was placed on the back of an elephant and exhibited in every bazaar and lane in the city of Delhi.

After death the remains of Dara Shikoh were buried in an unidentified grave in Humayan’s tomb in Delhi.

Places to Stay Near Humayan’s Tomb