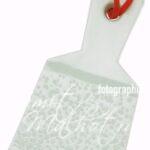 What is Oroshigane – also known as Oroshiki, oroshigane are graters used in Japanese cooking. These oroshigane differ significantly from Western-style graters, as they produce a much finer grating.

Also known as oroshiki, traditionally, these graters were tin-coated copper plates with many small spikes gouged out of the metal, but no actual perforations through the metal.

These graters are still considered the best and are used by professional chefs. For preparing wasabi and yamaimo, graters with the surface made from shark skin were exclusively used. These have an even finer grating surface than a metal one; much closer to a sanding paper.

However, nowadays non-professional cooks usually use much less expensive graters made from other metals, plastic, or ceramics.

A modern variation of these graters also has perforations and may come with a matching box so that the grated material drops through the grater into the box.