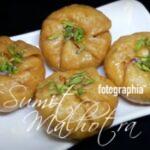 Prior to the States reorganization, i.e., on 1st November 1956, the Khandwa District of Madhya Pradesh was officially known as Nimar District.

Nimar formed part of Mahakoshal region of the erstwhile Madhya Pradesh. The western part of old Prant Nimar originally held by the Holkar, became a part of Madhya Bharat, when that state was formed in the year 1948.

As on the reorganization of States, Madhya Bharat region was merged in Madhya Pradesh, the western part of old Prant Nimar eventually became a part if Madhya Pradesh.

This tract with its headquarters at Khargone, also happened to retain its old name of Nimar, and being to the west of the District of former Nimar of Mahakoshal region, was named as Nimar (West) or West Nimar, while the District was officially renamed as Nimar (East) or East Nimar from 1st November, 1956. On august,15, 2003 the District has been divided into Khandwa & Burhanpur district.

The region lies south of the Vindhya Range, and consists of two portions of the Narmada and Tapti river valleys, separated by a section of the Satpura Range, about 15 miles in breadth.

On the highest peak, about 800 ft above the plain and 1800 ft above sea-level, stands the fortress of Asirgarh, commanding a pass which has for centuries been the chief highway between Upper India and the Deccan.

How did Nimar Cuisine Evolve?

Due to Mughal rule for a long time, the cuisine of the part of Madhya Pradesh is greatly enriched from the flavours of the Mughal cuisine and many dishes as a part of this cuisine have attributes of the Mughal rule including biryani.

The delicious food that forms a part of Nimar cuisine reflects the rich culture that is pursued by the people of this region even today.

Jowar ki roti and amadi ki bhaji (Sorghum chapati with spicy curry of  Roselle plant leaves) is an old culinary delight of Nimar. It was very favourite in Nimar region but due to very little production of Roselle plant, now very rare.

Kusli – Kusli is a delicious sweet dish that is prepared in whole of Madhya Pradesh. It is like cookies of wheat flour stuffed with sweet stuffing of dry fruits and other ingredients. The main ingredients you need for making kusli are wheat flour, almond powder, semolina, powdered sugar or khand, grated dried coconuts, cardamom powder and oil.

Palak Puri – Puri or poori is an Indian flat bread prepared from wheat flour dough that is mixed with finely chopped spinach. This dough is rolled int a flatbread that is deep fried. It is best tasted with chutney, pickle and Aloo curry.

Dal baati is the main dish of Nimar region. In rural areas, this dish is prepared every third or fourth day, and in the urban areas, it is usually prepared on Sundays. Pure Desi ghee is used in abundance for this dish.

Daraba seems to have got its name while served in the Mughal court of Burhanpur and from ‘darbar’, the name ‘daraba’ was derived.

Lavang Lata – Lavang lata is another sweet dish from Nimar cuisine that is famous in Madhya Pradesh. For outer covering, wheat flour is used and it is stuffed with a mixture of dry fruits, grated coconut, raisins and spices like cardamom and cloves and then it is fried. After frying, it is dipped in two string sugar syrup.

Mewabati is made the same way as jalebi, the batter here is made with mawa or khoya, mixed with bit of arrowroot (starch extracted from root stock) and deep fried in very hot oil. The resultant is a dark brown thick jalebi that is shaped like a regular jalebi but tastes more like a gulab jamun.

Dal Kachori – Kachoris are made with ground dal that is sautéed with spices and filled into a shell made with maida and baking powder. These are then deep-fried.

Dal Bafla – Similar to Dal Bati, these ghee laden dough balls are first boiled and then baked before being crumbled and topped with dal. This delight tastes best when paired with desi ghee.