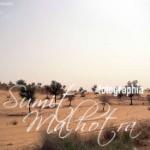 Rajasthan Desert, also known as the Thar Desert and the Great Indian Desert, is a large arid region in the northwestern part of the Indian subcontinent that covers an area of 200,000 km² and forms a natural boundary between India and Pakistan.

About 85% of the Rajasthan Desert is in India, and about 15% is in Pakistan. More than 60% of the desert lies in the Indian state of Rajasthan; the portion in India also extends into Gujarat, Punjab, and Haryana.

Saltwater lakes within the Rajasthan Desert include the Sambhar, Kuchaman, Didwana, Pachpadra, and Phalodi in Rajasthan and Kharaghoda in Gujarat. These lakes receive and collect rainwater during monsoon and evaporate during the dry season.

Desert safaris on camels have become increasingly popular around Jaisalmer. Domestic and international tourists frequent the desert seeking adventure on camels for one to several days.

Places to Stay in Rajasthan Desert