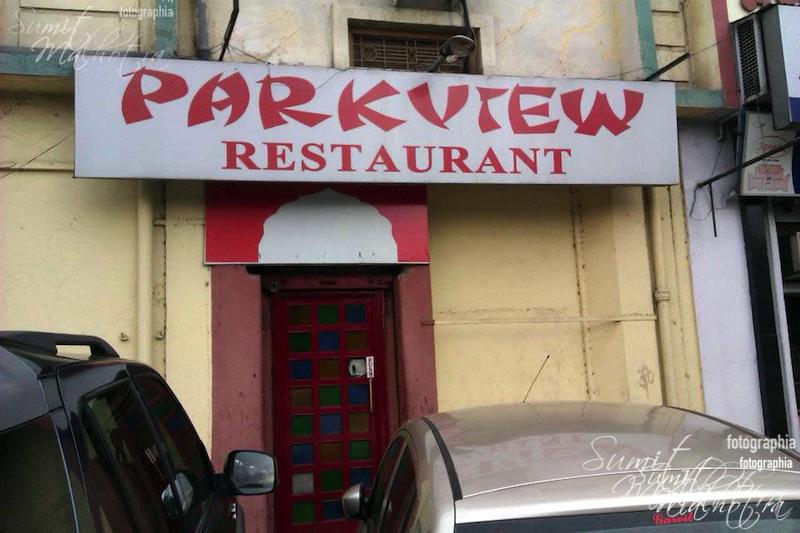 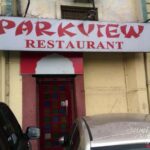 Parkview Restaurant Udaipur - Worth a Visit Once

Go for it if you are in Udaipur and have a lack of choice. The food is nice and service is decent. The decor is run down and dated but that should not impact your tastebuds much.

Parkview Restaurant Panchsheel Marg Udaipur was our lunch venue during my last trip to Udaipur. So out of my two trips to Udaipur, I have eaten at this restaurant both of the times.

What always surprises me is that there is no view of a park around the restaurant, so I wonder what triggered the inspiration of the name. :))

During this visit, my hosts told me that the Parkview restaurant Udaipur was one of the oldest (50 years old) in Udaipur. And, so it was (50 years old).

It is situated in the middle of the city and amongst the most busiest streets, so its easily accessible. But there isn’t much parking available, so ask for help from the security guard who holds the front.

And, it has been catering to its patrons since 1968. I could also estimate the same given the old-time, minimal off coloured decor and grey-haired stewards, who in my opinion have aged with the restaurant.

It surely seemed popular with the locals since it had a lot of families merrily munching on their food.

Parkview Restaurant Udaipur has a rich professional legacy and with it’s dated interiors, it still seems to be a popular place to be. You do feel comfortable with the old style of having a table cloth on the table.

However, its dim lighting did have an impact on the quality of my photographs. So, please do not expect miracles.

Parkview Restaurant Udaipur is preferred because of its central location and the size. It has a capacity of almost 90 people dining at a time.

Another reason can be its menu. It is not just a menu, its a thick manual. All things considered, these guys really spoil people for choice here.

In fact, the menu is a riot and encompasses North Indian, South Indian, Chinese, Tandoori, Shahi Mughlai cuisines. They also have pizzas, burger, pasta and shakes that are very popular with children.

Apart from all this, there is also a separate section on Continental dishes. With something for the whole family available under a single roof, a restaurant as such usually becomes a preferred destination for families. 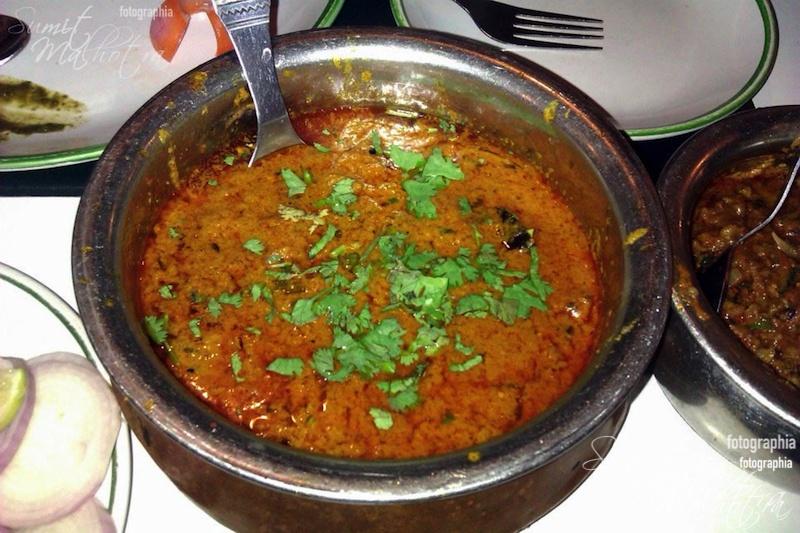 A steward greeted us and showed us to our table and served water in time. Service was looking good already. Having said that, this is what we went for to the Parkview Restaurant Udaipur. 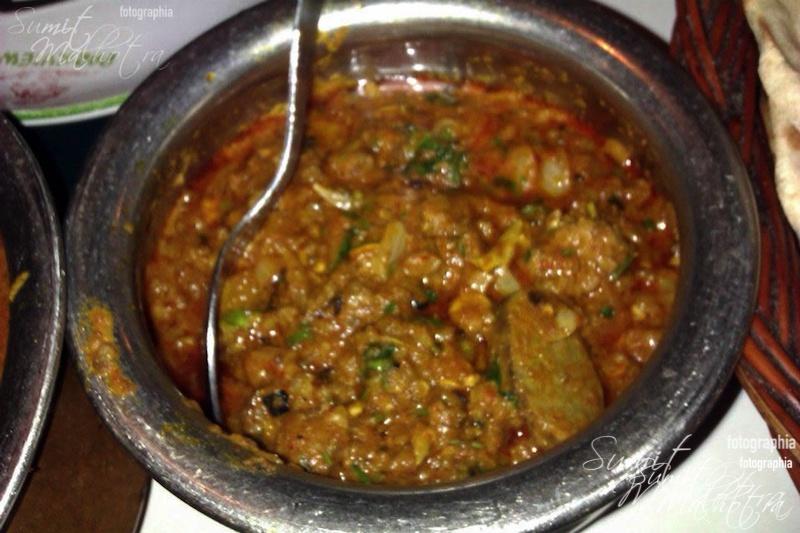 Chicken Handi – The thick masala gravy was nice but the chicken was overcooked so we had to go fishing for the quite disintegrated morsels of meat. It had a good taste but a failed fowl.

We were so intrigued and salivating by finding, Magaz, Gurde Kapure on the menu. Our excitement was shot down without remorse with a big – Not Available. I have seen a similar case with restaurants in Gurgaon.

It is there on the menu, but never available. Eventually, we ordered Keema Kaleji Masala which turned out to be great, with just the right amount of spices paired with finely cooked meat, it offered the perfect bite. 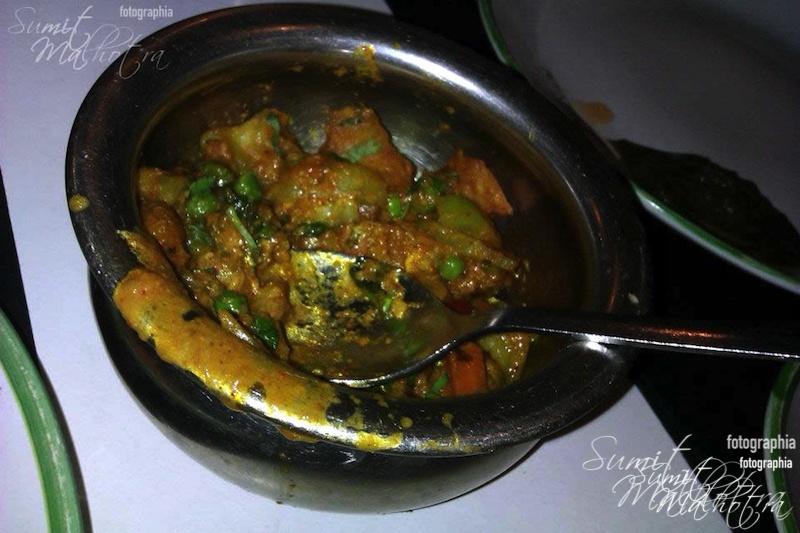 Mixed Vegetables – The solo vegetarian eating mixed vegetables commented that it was very nice. Since, we the meatatarians did not even look at the vegetables, let alone taste them. 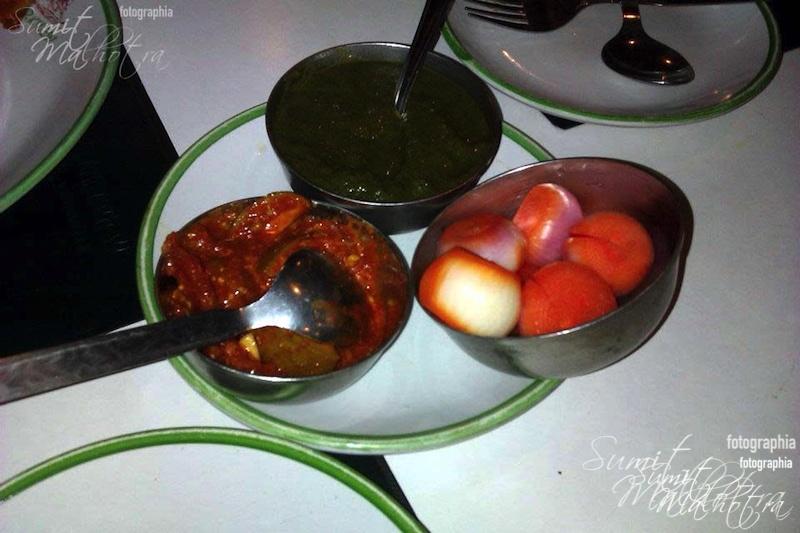 The house chutney made with dhaniya, pudina, hari mirch and some sugar was an instant hit. In my opinion, they adapted a bit of Gujarati touch too, given the number of tourists from Gujarat making their way to Udaipur.

To Sum-It-Up: Go for it if you are in Udaipur and have a lack of choice. The food is nice and service is decent. The decor is run down and dated but that should not impact your tastebuds much.

Do remember that you may be turned down for a few dishes that may not be available. Don’t lose your heart over it.

Do they deliver: Not known

Do they cater outdoors: Not known