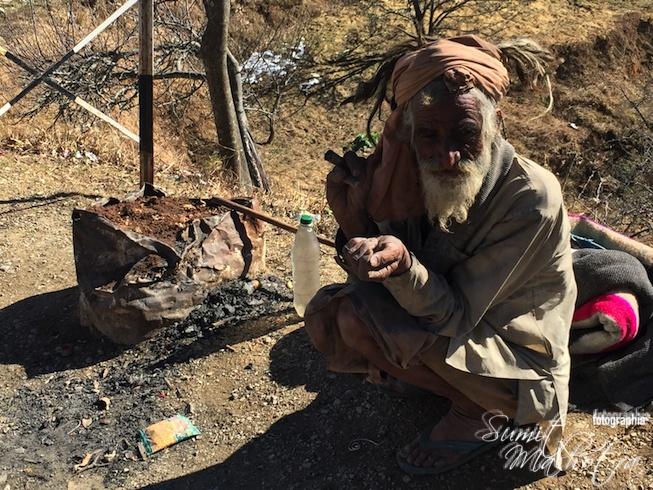 As it is said, “a man gains no wisdom before he is dealt his winters in the world”. I was touring Kanatal, a high altitude village in Uttarakhand when I chanced upon a similar man – a wanderer. Someone who appeared to be an Itinerant, someone who wanders from place to place with no permanent home.

Worn out with age and perhaps doped on sage (metaphorically said, I meant cannabis), he sat on the highway. His worldly possessions were limited to a small bag (potli) and a walking stick. His most prized possession seemed to be his little chillum (a pipe) and his sadhu like hair – something like the Naga sadhus wear on their heads.

As I got along talking to the wanderer, it was amazing to see how simple life can be explained to be. Practising it is where the challenge is. The old gent summarised life’s entire lesson in a few minutes. The moot point is that “humans can do what they want” but “they should not do wrong”.

I sure he had his share of complaints too. To become a wanderer like that must have had its serious reasons. Because, as I moved away he started grunting in anger as if he didn’t get a fair chance at life. I got him some tea and refreshments from Rana’s store in Kanatal with which he seemed a little contended. I never saw the man again during my short stay there. Though, I did wonder where would have the winds of change drifted him to.

Having said this, I am sure that the wanderer in him continues to wander. In the meantime, you have a look at what he had to say.[/vc_column_text][vc_empty_space][vc_video link=”https://youtu.be/fWy5WH4sKUY”][/vc_column][/vc_row]

Cuisine of Uttarakhand – Food from the ‘Dev...