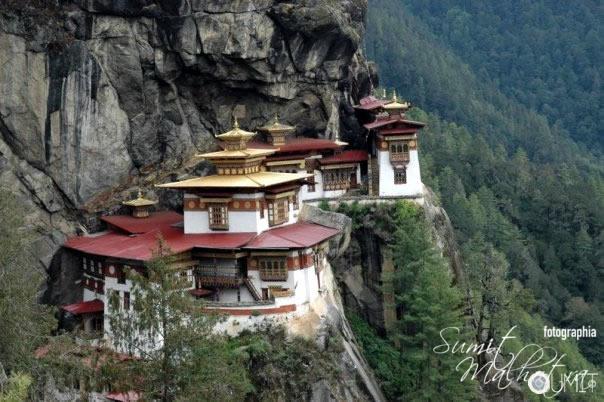 Bhutan – A Country I visited just once and fell in love with.

The visit was whirl-windy but made me feel as if I was at the centre of a never known bliss. Nestled in Eastern Himalayas, the grandeur of this landlocked country is addictive.

While Thimpu is the capital city of Bhutan, Paro is a city where most of the action is.

It indeed makes you feel as if you were in the abode of Gods. It is surprising that in modern times, the Kingdom of Bhutan has been able to preserve its culture and traditional lifestyle.

The small and predominantly Buddhist nation tucked between China and India, is lanced by deep ravines and coated with thick woods.

Archery is the national sport and green chilli peppers together with ‘cheesy sauce’ is the national dish. Ask any resident, and likely you’ll find they truly do love their king and queen. 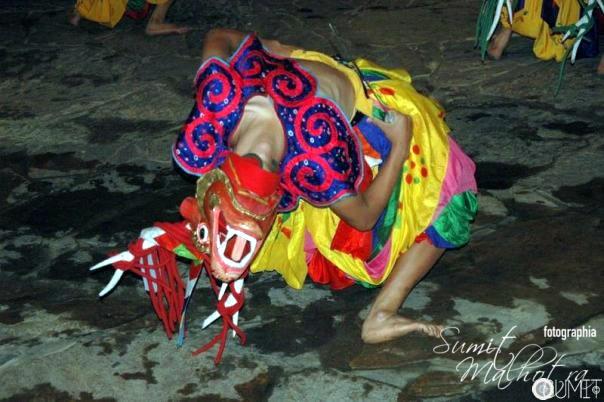 Bhutan is no ordinary place. It is the last great Himalayan kingdom, shrouded in mystery and magic, where a traditional Buddhist culture carefully embraces global developments.

The use of traditionally woven garments “Kira & Toego” for ladies and “Gho & Kabney” for the gentlemen are seen all over.

The high perched prayer flags, the ancient architecture, as well as the environment, speak even more volumes about this preservation. 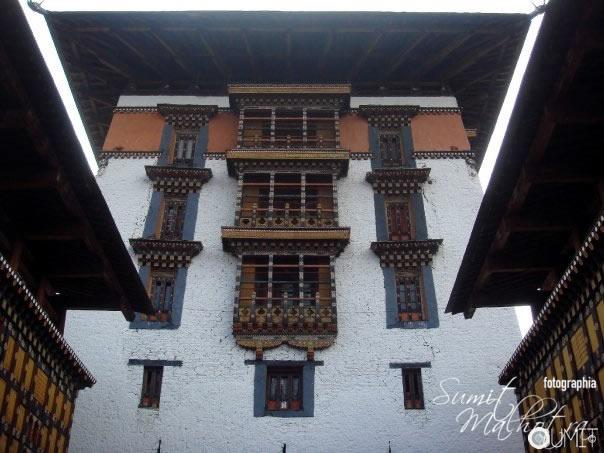 Bhutan is a land of monks, Dzongs, Monasteries, and the pristine Himalayas. It’s quiet and serene with the beauty that is unmatched with any other place I have ever been to.

The people are warm and charm you with their simplicity and politeness. The life moves at a slow pace that adds to the charm.

No wonder Bhutan believes in “Gross National Happiness” for its people and not the “Gross National Product”. This is an inspiration that guides every aspect of Bhutan’s development.

What to do in Bhutan?

Tourism is restricted and backpacker and independent-style travel are almost unheard of. Visitors to Bhutan are required to travel as part of a pre-arranged package or guided tour.

The hit is a minimum of $US250 per day tourist fee. Check this link out for details.

Travel to The Kingdom of Bhutan generally begins and ends at Paro, where the country’s only international airport is located. Though, Thimpu is the capital of the country.

Paro is also the base from which to see probably the highest of Bhutan’s many highlights, the fabulous Tiger’s Nest monastery.

Beyond Paro, and depending on how long you have, you can create an incredible tailor-made Bhutan holiday itinerary to soak in such wonders as the Wangdi Valley, famous for its extremely rare black cranes; the wonderful Dzongs (fortresses), temples and palaces in Bumthang; and Punakha, the one-time capital of Bhutan, built at the confluence of the mighty Phochu and Mochu Rivers.

The Food of Bhutan

Bhutanese food is simply made. Various kinds of soups and stews of meat (pork, beef) and dried vegetables spiced with chillies and cheese (yak and cow milk-based) are prepared.

Ema datshi is made very spicy with cheese (Ema) and chillies (Datshi), is the national dish for its ubiquity and the pride that Bhutanese people have for it.

The unit of currency is called Ngultrum (Nu), which is at par with Indian Rupee. The Indian rupee bill of 100 and below are also legal tender. But bills of higher denomination such as 500 and 2000 are restricted due to counterfeit issue.

Major convertible currencies and travellers’ checks can be exchanged at banks in all major towns.

Certain credit cards (MasterCard, Visa, & American Express) are accepted at some international brand hotels and also by some gift shops. ATM facilities are also available but they are not reliable due to frequent network problem.

Things to do in Thimpu

Thimphu is a fascinating place where modern life unfolds amidst natural landscapes and historical monuments. It is also the country’s largest city and home to some of Bhutan’s most beautiful monasteries and temples.

While in Thimpu some of the things you can do are: Seek Blessings at Changangka Lhakhang & Visit Tashichho Dzong. Your day 2 should include a visit to their regional handicrafts at the weekend market and perhaps a visit to their Textile Museum.

Things to do in Paro

The vast idyllic valley of Paro, surrounded with meticulously manicured paddy fields sits at the bottom of Mount Jomolhari.

Your Day 2 in Paro should take you to the Namgay Artisanal Brewery where you can sample some Dragon Stout and the Bhutan Glory (Amber Ale). Later, you should visit Park 76.

It is located close to the children’s park in the heart of the town and is the ideal place to spend a night drinking and grooving to amazing music.

Some Glimpses from Paro & Thimpu

Some pictures in and around from The Kingdom of Bhutan, a country of impossible beauty and charm, follow from a past visit. Savour them and fall in love with what I call Shangri La – the Earthly Paradise. 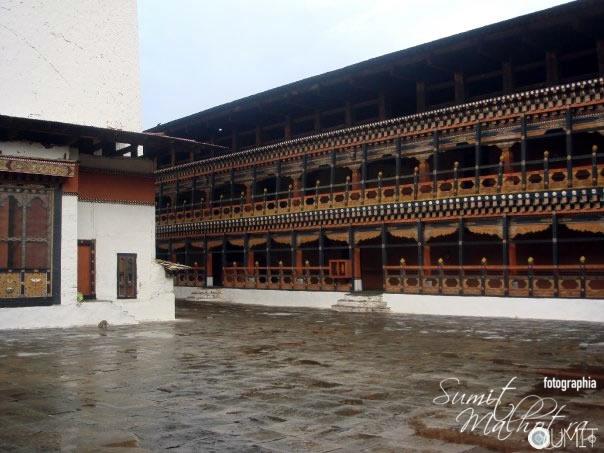 Corridors of Power - The Courtyard at Paro Dazong, Bhutan 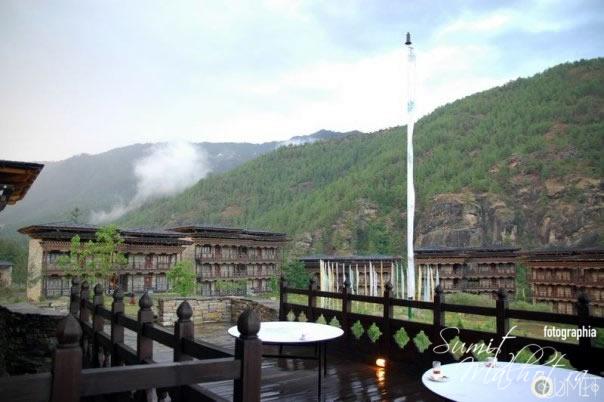 The Deck at Hotel Zhivaling, Bhutan 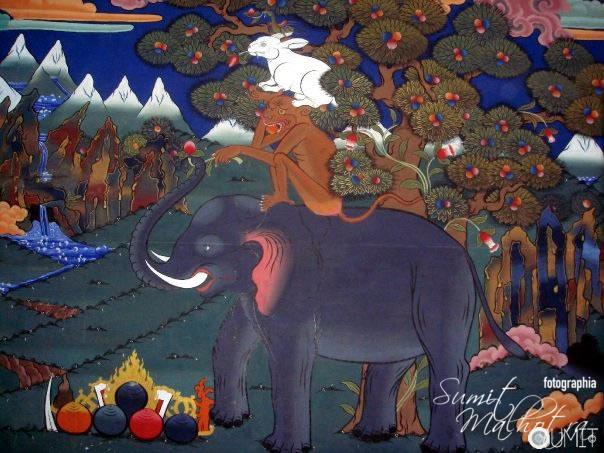 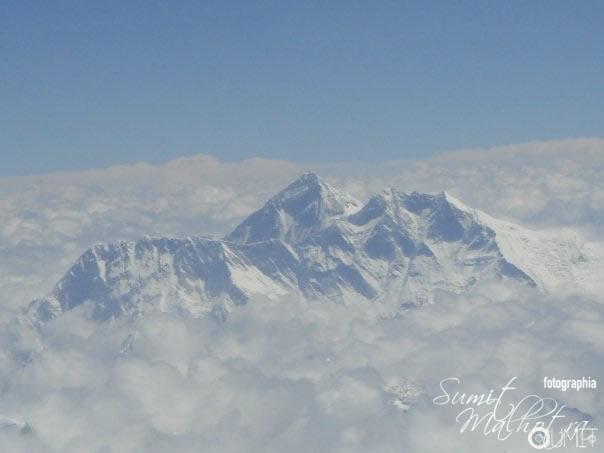 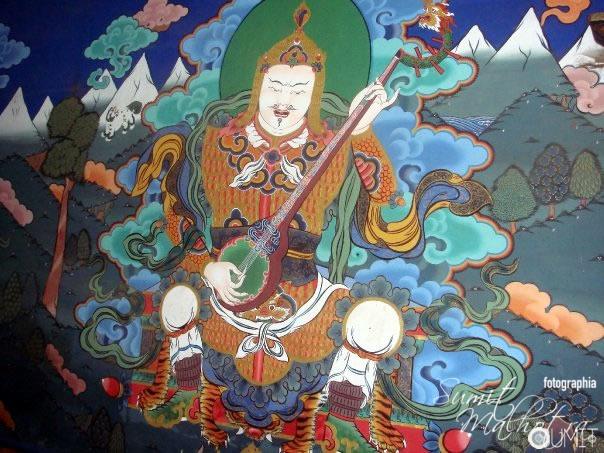 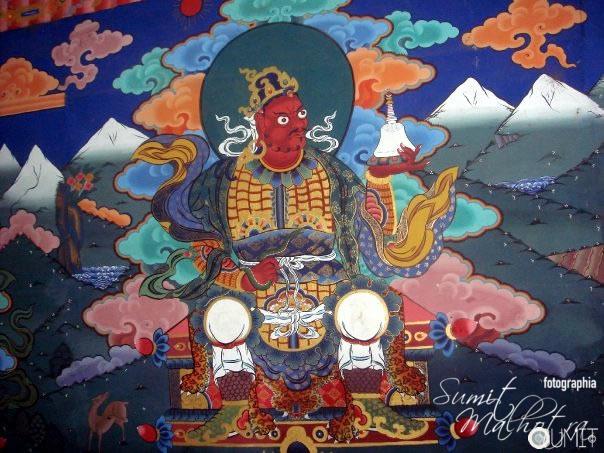 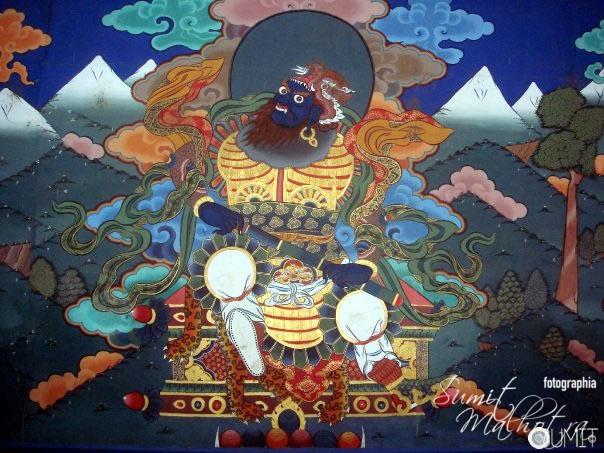 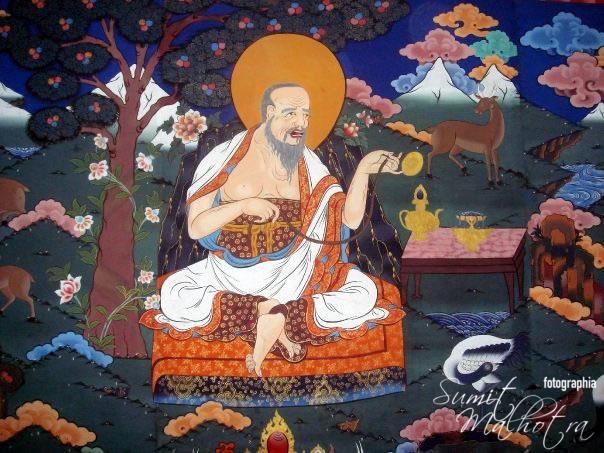 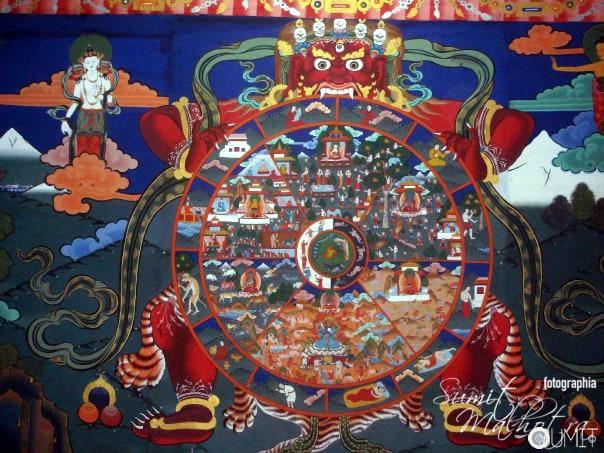 The Wheel of Life @ Paro Dazong