All About Angelica | Know Your Spice Dudhachoraa (Angelica archangelica) 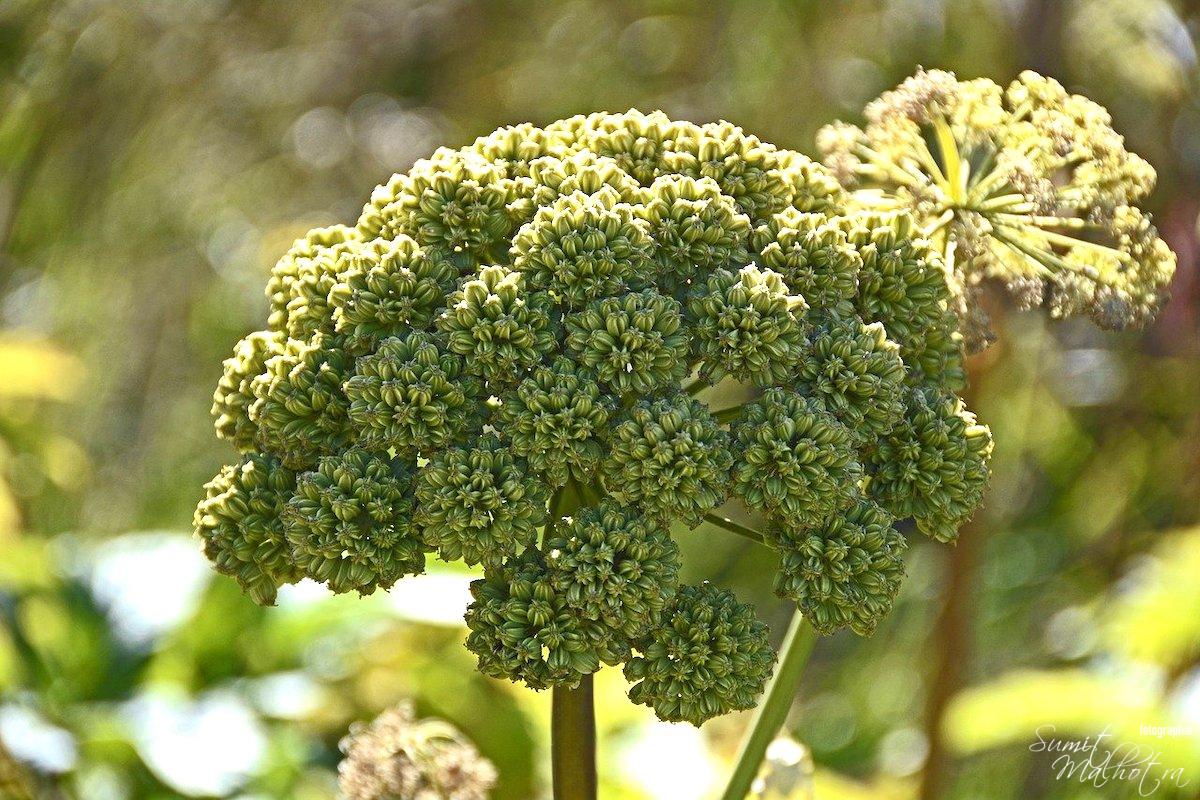 All About Angelica | Angelica is also known as Dudhachoraa, Choraka bheda (Angelica archangelica)

It is native to Syria but is known to occur in many parts of Europe and Western Asia.

In India, it is found wild in inner valleys of Himalayas viz. Kashmir, Chamba, Kullu, Pangi, Lahaul and Kinnaur at altitudes between 3200 and 4200 m.

It is believed Choraka bheda originated in northern Europe and was not used until the fifteenth century.

Angelica roots form a vital part of the history of aromatherapy for fighting against mental exhaustion, anxiety and stress. They are also used to flavour liqueurs and in perfumery.

What are the other names of Angelica?

Angelica names in other languages are given below.

Angelica is lovingly called as the ‘Oil of Angels’ and ‘Root of the Holy Spirit’.

What exactly is Angelica?

Get to know about Angelica 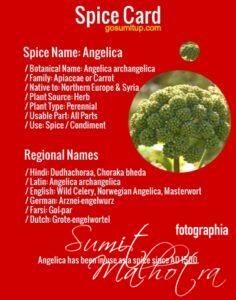 Spice card – all about angelica aka dudhachoraa (angelica archangelica)

Choraka bheda is a variety of herb that belongs to a family of plants known as Apiaceae or Carrot Family.

Its scientific name is Angelica archangelica.

It is a tall perennial herb with a thick hollow stem, bearing large bipinnate leaves, and umbels of greenish-white flowers.

Dudhachoraa thrives in shade, moist open areas, yet it can withstand adverse environment wonderfully well, and even endure severe winter frost without harm.

Masterwort has both a part that could be considered a vegetable (the large stem), and parts that resemble and can be used herbs (root, seeds, leaves).

What is the botanical description of Angelica?

Botanics – Considered a biennial or short-lived perennial, Masterwort or Wild Celery is a member of the Apiaceae or carrot family.

Angelica archangelica is a genus of about 60 species of tall biennial and perennial herbs in the family Apiaceae.

It is native to temperate and subarctic regions of the Northern Hemisphere.

Angelica is an impressive looking plant. It can reach an ultimate height of 6 feet or higher with a 2 foot width. It has fragrant greenery at ground level with indented leaves.

Its hollow leafstalks resemble those of celery, they branch out and support the umbels (heads of small flowers which are followed by aromatic seeds).

All parts of Choraka bheda are used, roots, seeds stems and leaves.

What is the nutrition value of Angelica?

Know the nutritional value of Angelica or Masterwort

Essential oils derived from dudhachoraa root are composed of over 60 different constituents.

β−phellandrene and α−pinene have the highest concentration in root oil but sabiene, myrcene, limonene, 3−carene and p−cymene are also found in large amounts.

What is the chemical composition of Angelica?

Know and understand about chemical composition of Masterwort.

Chemical composition of Angelica was found to contain:

What is the history of Angelica?

The term angélica is Middle Latin and was derived from the Greek aggelikós and ággelos  meaning ’messenger’ or ’angel’.

Legend has it that an angel (Archangel Michael) showed mankind the healing plant.

Archangélica comes from the Greek word archággalos meaning ‘archangelic’, which is the superlative of angelica, and strongly emphasises the particular medicinal value of the plant.

From the 10th century on, angelica was cultivated as a vegetable and medicinal plant, and achieved popularity in Scandinavia in the 12th century and is used especially in Sami culture.

The first reference to Angelica was in the 14th century by Matthaeus Sylvaticus.

In 1588, Tabernaemontanus wrote of “Angelica with its extraordinary power and virtue, as if the Holy Ghost or the dear angels had revealed this plant and wholesome root to mankind.”

The history of angelica includes its use as a cure for the plague. It was used as a plague curative until the time of Charles II (Charles Stuart, 1630-1685).

What are the uses of Angelica?

How is the Angelica plant used?

What is the the taste of Angelica?

Angelica has an earthy flavour. It’s a little bitter and a little herbal, and is reminiscent of wormwood. The herbal tones carry through to the nose, with a faintly nettle-like smell.

The flavour of angelica can sometimes be mistaken for that of juniper berries – though the two are quite different.

So, the flavour of angelica is one of a kind. It is earthy, slightly sweet, a little bit bitter, and may present a hint of licorice flavor. 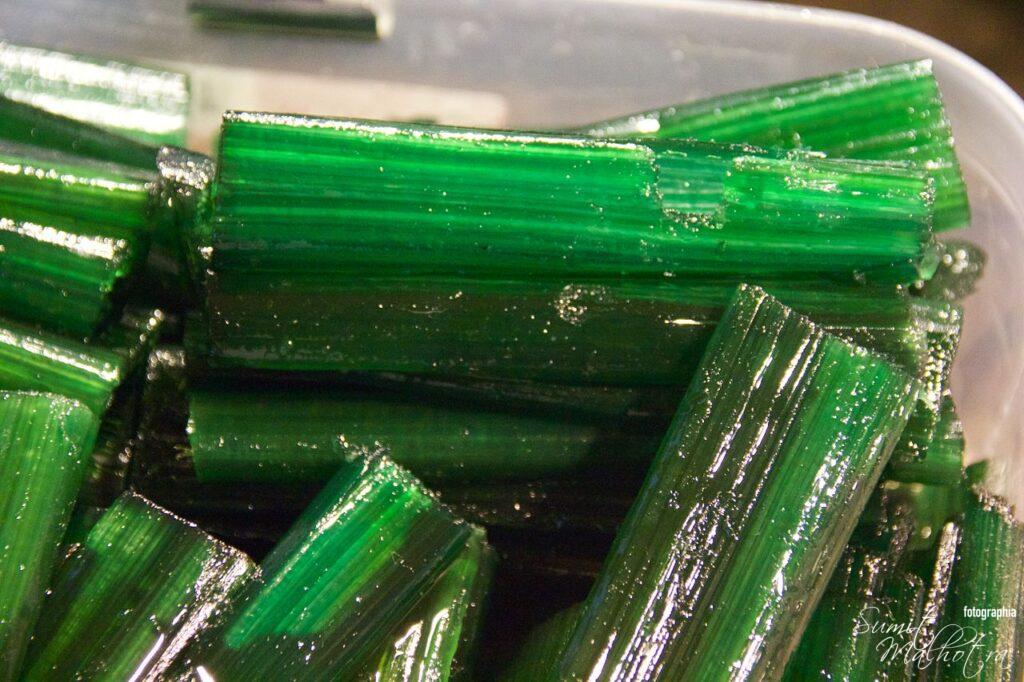 What can I use Angelica for?

Learn how to use Angelica or Masterwort or Wild Celery in your food & beverages.

How long does Angelica last?

Learn about how long does angelica last in storage.

Fresh angelica wrapped in damp kitchen paper, placed in a perforated bag and stored in the fridge lasts for up to three days.

How do I store Angelica?

Learn about how to store Angelica or Masterwort or Wild Celery.

Fresh angelica should be wrapped in damp kitchen paper, placed in a perforated bag and stored in the fridge. It will last for up to three days.

Keep candied or dried angelica in a sealed container in the cupboard for around 4 months.

Is there a substitute for Angelica?

If a recipe calls for Angelica leaves and you don’t have any try using celery or lovage leaves in equal amount as a substitute.

Where do I buy Angelica from?

Where to Locate Angelica in the Grocery Store?

What are the health benefits of Angelica?

Learn about health benefits of Angelica or Angelica archangelica

All About Angelica (Angelica archangelica) | Benefits of Angelica

Spice card – all about angelica aka dudhachoraa (angelica archangelica)

All About Angelica | Angelica is also spelt as Dudhachoraa, Angelica, Angelica, or Summac (Angelica archangelica)

In India, it is found wild in inner valleys of Himalayas viz. Kashmir, Chamba, Kullu, Pangi, Lahaul and Kinnaur at altitudes between 3200 and 4200 m.

It is believed Choraka bheda originated in northern Europe and was not used until the fifteenth century.

Angelica roots form a vital part of the history of aromatherapy for fighting against mental exhaustion, anxiety and stress. They are also used to flavour liqueurs and in perfumery.

All About Sumac | Know Your Spice Sumach (Rhus coriaria)

All About Achiote | Know Your Spice Annatto (Bixa orellana)