Next: All About Coffea Excelsa

About Liberian Coffee | What is Coffea Liberica | Kafeng barako

Get to know Coffee Liberica, which is known as Kapeng barako in Philippines.

About Coffee Liberica – Coffee has been acclaimed as “the most grateful lubricant known to the human machine,” and “the most delightful taste in all nature.”

The four main varieties of coffee are Arabica, Robusta, Excelsa, and Liberica and all four of them have radically different taste profiles. The most common (and popular) are Arabica and Robusta.

Coffea Liberica is also known as Kapeng barako (be it a bean, brewed in the cup, or the plant itself) in Phillipines.

Liberian Coffee or Coffea Liberica accounts for 1% – 1.5% of the world’s coffee production and is utilised for usual consumption and coffee blends by roasters.

What is Liberica Coffee? 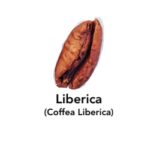 Coffea Liberica also known as Liberian coffee, is a species of flowering plant in the coffee and madder family Rubiaceae.

C. liberica has a more bitter taste than that of the well-known arabica or robusta coffees.

Although this is appreciated by certain groups in southern Peninsular Malaysia and Sabah, and in Africa, liberica coffee is generally drunk with lots of sugar and milk to mask the taste.

It is also blended with other coffees, or used in mixtures with other liquids. The taste of excelsa coffee, which originates from a botanical variety of C. liberica , is less bitter than that of true liberica coffee.

Where did Coffee Liberica originate from?

Where is the origin of Liberica Coffee?

Liberian coffee is native to western and central Africa from Liberia to Uganda and Angola, and has become naturalised in the Philippines, Indonesia, Seychelles, the Andaman & Nicobar Islands, and Malaysia.

In the Philippines alone, liberica accounts for more than 70% of all grown coffee.

How did Coffea Liberica propagate in Philippines?

Coffea liberica accounts for less than 1.5% of commercial coffee grown. It was first commercially cultivated in the Philippines, after it was brought to the city of Lipa in the 1740s by Spanish friars.

C. liberica was the main coffee species grown in the islands during the colonial period. They were exported to Western countries where they would command prices of up to five times the prices of coffee beans from other species.

During the worldwide pandemic of coffee rust in the late 19th century, C. liberica plantations in the Philippines survived longer than arabica and robusta plantations. But they too eventually succumbed to the disease, leading to the collapse of the coffee industry in the islands.

C. liberica is locally known as kapeng barako (Spanish: café verraco). It is still highly regarded and grown widely in the Philippines, though largely only for the local market.

Around 1890, an epidemic of coffee leaf rust swept across more than 90% of all arabica plants around the world. Subsequently, resilience to disease and pests became a high priority for many producers.

While many producers switched to robusta at this time, producers in the Philippines were instead encouraged to plant liberica.

This is because the liberica plant is much more resistant to coffee leaf rust, and it can also be grown more easily than arabica at higher temperatures and lower altitudes.

Furthermore, pests find it more difficult to penetrate the skin of liberica cherries, as they are noticeably firmer.

Close proximity and easy travel from the Philippines to other Southeast Asian countries meant the coffee species spread quickly.

Where is Coffee Liberica grown now?

Liberica coffee accounts for around 2% of the coffee consumed worldwide, and most of this consumption occurs in the country where Liberica coffee is highly popular and grown: the Philippines.

Liberica is grown predominantly in Batangas and Cavite provinces of the Philippines. it is also finding its way slowly to Malaysia and Indonesia

What are the climatic preferences of Coffee Liberica?

What are the growing preferences of Coffea Liberica?

The Liberica coffee plant requires a very specific climate for optimum growth, making it ideal for cultivation in hotter and tropical regions, and hard to find outside of the regions that grow it.

Liberica is also difficult to cultivate and difficult to harvest. Liberian coffee likes to grow at low elevations (up to 600 meters).

What are the varieties of Liberica Coffee?

What are the subspecies of Coffea Liberica?

As the production of Liberica is so scarce, the varietals are limited and not well known amongst the wider coffee community. Though, It is favoured for its strong flavour and pungent aroma.

The most popular varietal of Liberica is Kapeng barako, also known as barako coffee in English. The first Barako tree was grown in Brazil, however it now resides in the Philippines.

What is Kapeng barako?

Kapeng barako, also known as Barako coffee or Batangas coffee, is a coffee varietal grown in the Philippines, particularly in the provinces of Batangas and Cavite. It belongs to the species Coffea liberica.

The term is also used to refer to all coffee coming from those provinces.

With a strong smell and distinctive flavor, it’s been a cultural staple in the Philippines for over two hundred years.

It has big cherries and unusual flavour (sweeter than Arabica). The Liberica tree is tall and can reach up to 17 meters in height.

For Filipinos, Kapeng barako coffee is a symbol of their country.

It takes its name from the Tagalog word for a strong man or manliness, a male stud bull or a wild boar, reflecting the fact that it’s a strong coffee.

What is the taste of Liberica Coffee?

Liberica has a much stronger aroma and flavour profile though. It is often described as nutty and smoky with hints of jackfruit and dark chocolate when it’s in the process of brewing.

Some people don’t like the jungle-y, smoky taste of Liberica. However, blending 10% Liberica with 90% Arabica can yield epic results.

Its strong flavour is even emphasized as bolder, earthier tastes which gives a cup a much heavier kick to it. When brewed, the cup itself reveals very pleasant woody and herbal notes.

Some people even describe it as liquid tobacco due to the strong smoky taste and smell it produces being similar to the actual tobacco plant.

Where can I buy Coffee Liberica from?

Available at Amazon, here are some best Liberica Coffee brands in 2022. 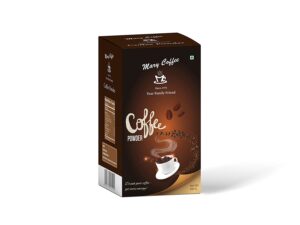 Mary Coffee is a serious player in the filter coffee space in Chennai, Tamil Nadu.

These plantations are carefully chosen through a strict selection process to ensure that the beans are of the best quality and the topography of the region contributes to the best varieties of Coffee. 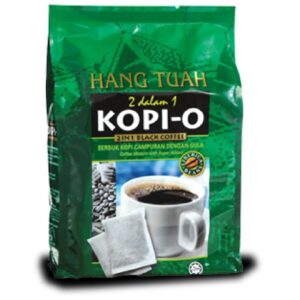 Coffee Liberica | What is Coffea Liberica?

Coffee has been acclaimed as “the most grateful lubricant known to the human machine,” and “the most delightful taste in all nature.”

The four main varieties of coffee are Arabica, Robusta, Excelsa, and Liberica and all four of them have radically different taste profiles. The most common (and popular) are Arabica and Robusta.

Coffea Liberica is also known as Kapeng barako (be it a bean, brewed in the cup, or the plant itself) in Phillipines.

Liberian Coffee or Coffea Liberica accounts for 1% – 1.5% of the world’s coffee production and is utilised for usual consumption and coffee blends by roasters.

Next: All About Coffea Excelsa

The Differences in Coffee Arabica and Coffee Robusta – Blend...

All About Coffee Beans | From Coffee Cherry to Beans

If you like this article, you can let us know in the comments below or on social media using #gosumitup and tag @gosumitup on Facebook.

Thank you for visiting GoSumItUp! I hope you enjoy the recipes found at www.gosumitup.com. This page consists of disclaimers regarding the recipe, it’s outcome, nutrition, and food handling safety decisions.

These have been compiled for general information only and should not be used to diagnose or treat any medical condition/s.

This information is not intended to diagnose, treat, cure, or prevent any disease as well.

GoSumItUp blog is not responsible for your outcome of any recipe found on this website or linked to from any other source. There are a number of factors that could contribute to not achieving the desired result when making a recipe.

Some of those can include the ingredients and brands of ingredients, ingredient substitutions, skipping steps, combining steps or altering the recipe, the equipment used, my possible errors/typos, or the reader’s individual cooking ability.

I try my hardest to estimate accurate cooking and prep times for the recipes on this blog. However, it takes me only a few seconds to chop most vegetables, but it may vary for others. Experience and skill levels are always factors in the time necessary to complete a recipe.

When preparing meals, please take into account that experience in the kitchen, the ability and willingness to multitask during cooking, and whether you’ve purchased pre-chopped vegetables or are chopping your own, etc. are going to affect prep and cook times.

Also, everyone’s oven and kitchen tools are a little different. Baking times can vary quite a bit, depending on your specific oven. So, you need to practice with and know your own equipment to achieve the best results and understand the time it may require.

My simple goal here is your success with the recipes posted on this blog. I hope it comes out exactly as you expect it to, but sometimes it may not. I hope you’ll always feel free to email me with a question so I can do my best to help.

Bön Menri Monastery Dolanji – The Shining City on a Hill

The Differences in Coffee Arabica and Coffee Robusta – Blend...

All About Coffee Beans | From Coffee Cherry to Beans

All About Coffee | Know Your Beverage Coffee (Coffea)

The Differences in Coffee Arabica and Coffee Robusta...

Coffee Robusta | Coffea canephora – In Your...