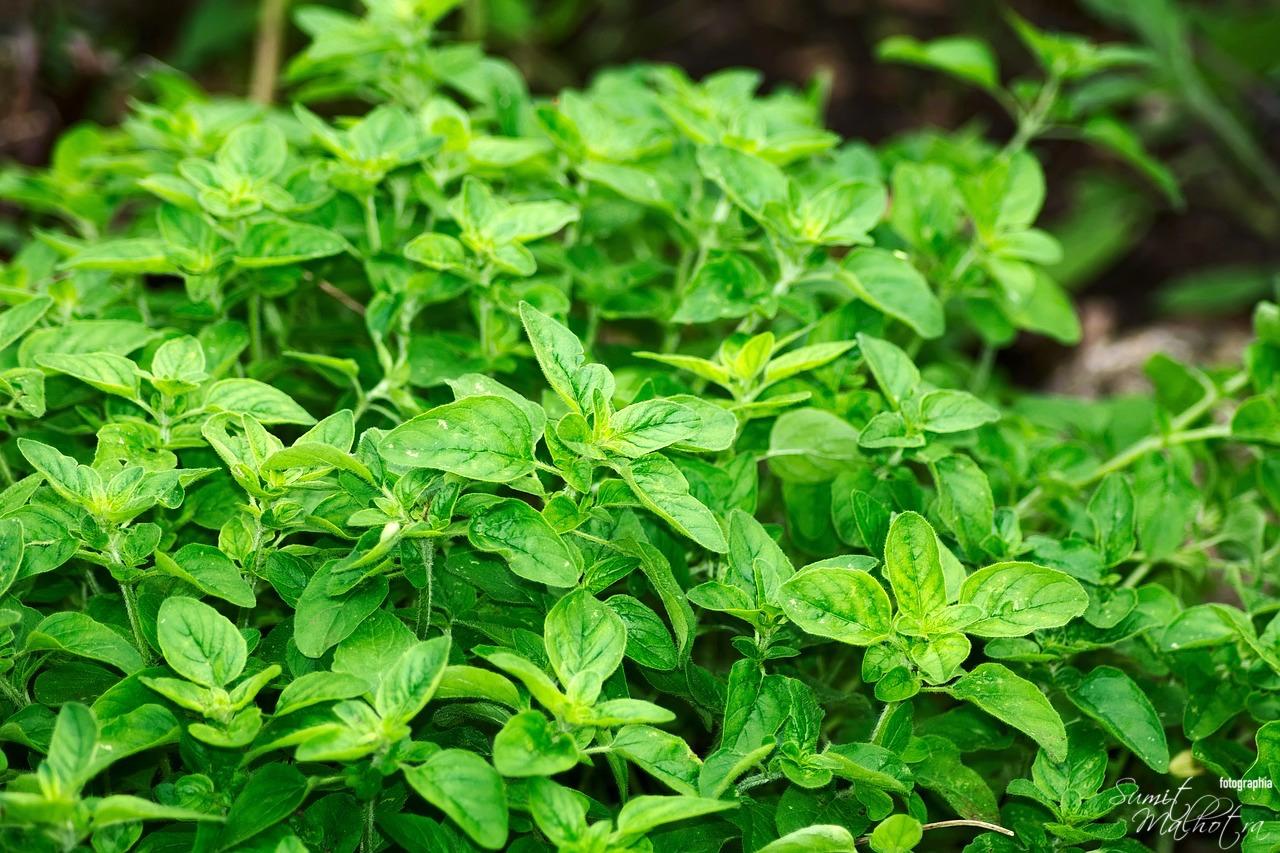 Its flowers are pale purple and the flowering period extends from late June to August. Each flower produces four small structures.

The foliage is dotted with small glands containing the volatile oil, which gives the plant its aroma and colour.

Several species of genus Origanum are native to the Medi­terranean, all of which are traded as a spice.

Oregano is said to have a ‘balsamic’ flavour; a combination of mint (a closely related herb), thyme, and rosemary. The taste is strong and somewhat bitter.

What are the other names of Oregano?

Ajwain Ki Patti (Sathra) names in other languages are given below.

What exactly is Oregano? 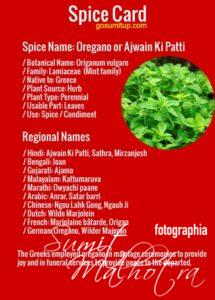 Oregano is the common name for a perennial herbaceous plant, Origanum vulgare of the Lamiaceae  (Mint family), characterized by opposite, aromatic leaves & purple flowers.

Apart from Oregano, many of the familiar culinary herbs are from this family: mint, basil, marjoram and sage.

Originating in the mountains of Greece, this aromatic herb has long been a hallmark of cooking across the Mediterranean region.

With a name derived from the Greek for “joy of the mountain”, oregano is one of the world’s more well-known and useful plants.

What is the nutritional value of Oregano?

Oregano is rich in polyphenolic flavonoid antioxidants (vitamin A, carotenes, lutein, zeaxanthin, and cryptoxanthin) and has been rated as one of the plant sources with highest antioxidant activities.

It is an excellent source of minerals like potassium, calcium, manganese, iron, and magnesium.

It is very low in cholesterol and sodium. It is also a good source of Vitamin B6, copper. It is rich in dietary fiber, Vitamin C, Vitamin E (Alpha Tocopherol), Vitamin K & folate.

What is the chemical composition of Oregano?

What is the history of Oregano?

Oregano was popular in ancient Egypt, Greece, and Rome as a flavoring for vegetables, wines, meats, and fish. According to Greek mythology, the goddess Aphrodite created oregano as a symbol of happiness.

The Greeks employed oregano in marriage ceremonies to provide joy and in funeral services to provide peace to the departed.

The Greek physician Hippocrates (460-370 BC) used oregano for antiseptic purposes and to protect against respiratory ailments and gastrointestinal distress.

During this time, Oregano also made the journey to China. It was also used for medicinal purposes in this region. The Chinese people believed it helped with fever, vomiting and upset stomach.

During the Elizabethan era, oregano was used for just about anything. It was used to encourage good luck and good health.

It was used in spells for happiness, tranquility, luck, health, protection and letting go of a loved one. It was also worn during sleeping to give one psychic dreams.

Oregano was not widely used in the United States until after the Second World War.  Soldiers discovered the herb during the Italian Campaign and brought it back to the US.

What are the different types of Oregano?

What are the different varieties of oregano?

What are the uses of Oregano?

What is the the taste of Ajwain Ki Patti (Sathra)?

The fresh oregano leaves are peppery and assertive—sometimes even bitter or astringent. It is a pungent herb with bitter, grassy flavors and a trace of mint.

Used correctly, oregano will not overpower your food, but rather complement and enhance the flavours within any dish. 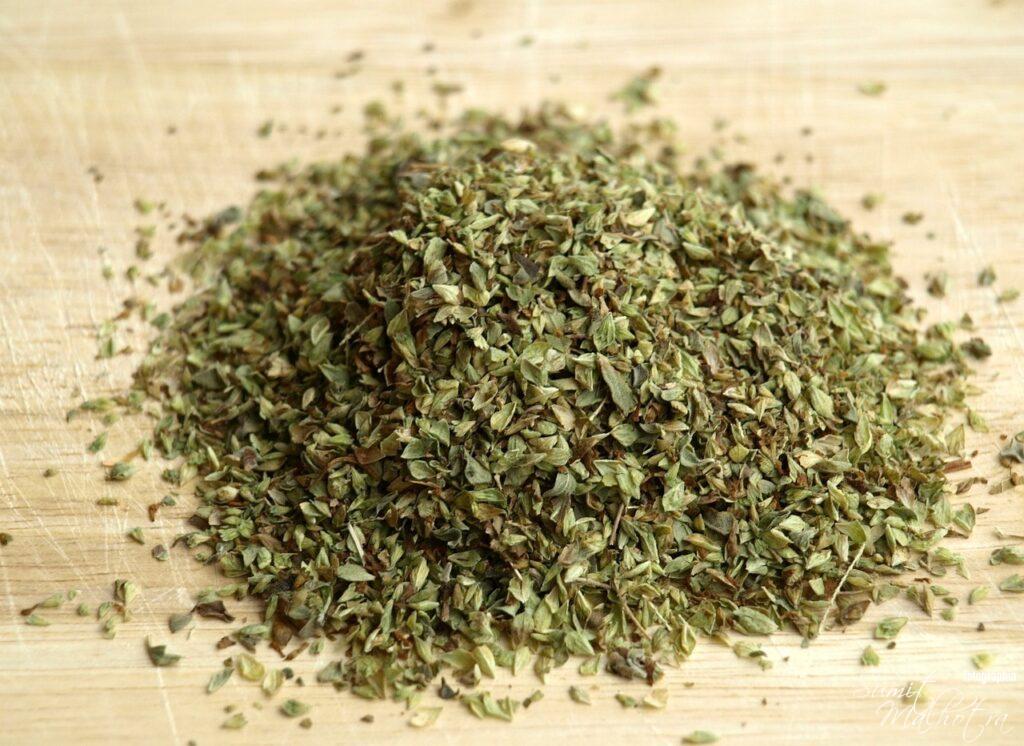 What are the ayurvedic properties of Oregano?

What can I use Oregano for?

Learn how to use Ajwain Ki Patti (Sathra) (Origanum vulgare) in your food & beverages.

How long does Oregano last?

How do I store Oregano?

Store it in a plastic bag in the refrigerator for up to three days. If you place a slightly damp paper towel in the bag with the oregano and leave some air in the bag, it may extend the life up to one week.

Store the dried oregano in an airtight container for maximum freshness. It should last for 2-3 years.

Is there a substitute for Oregano?

Where do I buy Oregano from?

Where to Locate Ajwain Ki Patti (Sathra) (Origanum vulgare) in the Grocery Store?

The herb can be found fresh or in dried and powdered form from local markets and specialty grocers, and in dried form through supermarkets and online retailers.

What are the health benefits of Oregano? 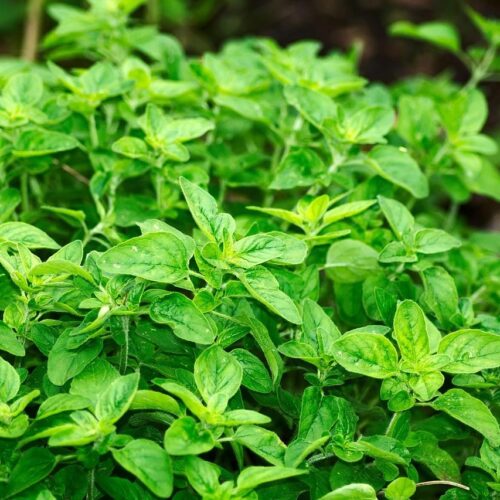 All About Oregano (Origanum vulgare) | Uses & Health Benefits of Oregano

Its flowers are pale purple and the flowering period extends from late June to August. Each flower produces four small structures.

The foliage is dotted with small glands containing the volatile oil, which gives the plant its aroma and colour.

Several species of genus Origanum are native to the Medi­terranean, all of which are traded as a spice.

Oregano is said to have a ‘balsamic’ flavour; a combination of mint (a closely related herb), thyme, and rosemary. The taste is strong and somewhat bitter.