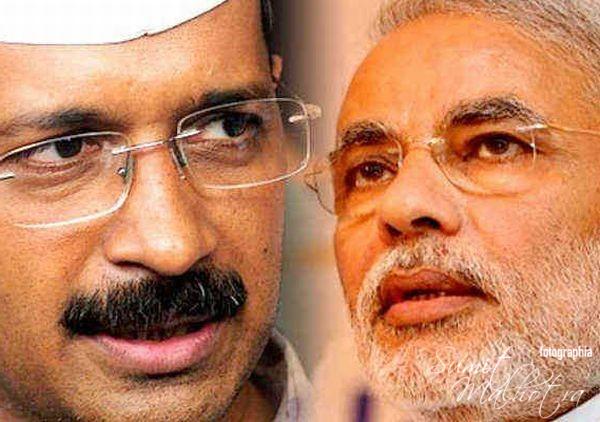 A Bit of History – In the 2013 Delhi state elections, the Bharatiya Janata Party (along with its pre-poll ally Shiromani Akali Dal) emerged as the single-largest party, winning 32 out of the 70 seats.

However, on 14 February 2014 (after 49 days of rule), Arvind Kejriwal resigned from his post citing the reason as his government’s inability to table the Jan Lokpal Bill in Delhi Assembly for discussion, due to stiff opposition from other political parties in the house.

Fast Forward to 2015 – Delhi remained thereafter under President’s Rule for about a year. On 4 November 2014, the Lieutenant Governor of Delhi Najeeb Jung recommended the Union Cabinet for the dissolution of Delhi assembly and conduct fresh elections.

10 February 2015 – Aam Aadmi Party’s clean sweep in Delhi Elections 2015 came as a shocker. It seems Aam Aadmi Party (AAP) managed to consistently and successfully improve its connect with the voters of Delhi.

This is despite its abandonment of their 49 Day Government in 2013. The results of Delhi Election 2015 have been astounding.

Come Delhi Elections 2015 it is the battle for the Kingdom of Delhi. AAP has totally routed the Indian National Congress and decimated the ruling party at the Centre – The Bhartiya Janata Party (BJP). BJP managed just 3 seats out of 70 while AAP claimed a formidable 67.

Congress failed to open its account after ruling Delhi for 15 years till 13 months ago. Not many seem to have bought Rahul Gandhi’s philosophy or leadership.

Somehow BJP’s “Modi Magic” didn’t work this time. The NAMO tsunami seems to be waning while Kejri Tsunami seems to be gaining. One of the reasons for BJP’s loss may be due to BJP’s slandering campaigns against AAP & Congress. History shows such campaigns always boomerang for BJP.

BJP really needs to focus on what needs to be done. Delhi elections 2015 were no different where BJP did partake a negative campaign against AAP’s Supremo Arvind Kejriwal.

It also seems Dr Kiran Bedi was an ineffective addition to the BJP. Positioning her as the CM candidate for Delhi led to more infighting within the state unit.

Kejriwal’s Party emerged victorious because of his clean, direct and development focused approach. Kejriwal personally was also able to connect better than the 2013 debacle.

He emphasised on the issues faced daily by the common man. He kept personal attacks on his political opponents to minimal.

He apologised furiously. His mobile phone campaign reiterated continuously that he didn’t run away and wants to serve the people of Delhi once again.

I must have got at least five automated calls with this message and was forced to think. One can only imagine the impact it had on the simple citizens who were repeatedly spammed by such messages.

Having said this, time is now to see if AAP & Kejriwal can deliver. Winning will be to no avail unless the promises made to the citizens of Delhi are kept.

I hope for every manifesto item they are “unable” to deliver on, they don’t say they couldn’t do it since the BJP government at the centre caused bottlenecks.

It will be such a pity if it ends up resorting to such tactics and Delhi’s faith will be shaken badly.

What also needs to be ascertained is whether Delhi voted for AAP generally or Arvind Kejriwal specifically?

Arvind Kejriwal is already getting admirers in Mamata Banerjee, Nitish Kumar and Uddhav Thackeray. This makes an interesting quartet but I wonder if the recipe works.

What needs to be seen is how new alliances will be forged?