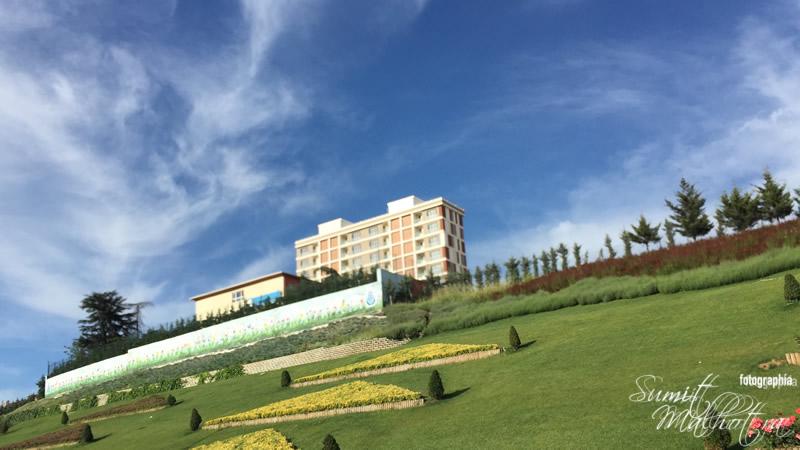 Istanbul trip beckoned. A long-awaited Turkey holiday plan was at its fruition. Sidhant and I were really excited. We got to the airport well within time and breezed through the check-in. At immigration check, the immigration officer addressed just Sidhant as if I didn’t exist. Maybe he was trying to ascertain if I was kidnapping Sidhant. Passports stamped.

I was famished. It was early hours. We sat down for breakfast at Cuppocino. They have a breakfast buffet for Rs.289 for which I was charged 299 + taxes. It was average food but the service was good. Sidhant wanted Apple juice and a chap called Harsh ran around to find apple juice. Sidhant finally settled for Slice.

Their omelettes were average; baked beans undercooked, idles were dry but sambhar was good. Brown bread mini sandwiches were fresh and tasty. Seriously avoid their aloo paranthas and chole.

We boarded the 787 Dreamliner Qatar Airways flight which was very comfortable. Window panes had dimmers instead of usual flaps which were amazing. Free wifi was supposed to be provided in flight. The system failed to work despite my repeated attempts. At the end of the flight, the stewardess told me it was supposed to be paid for.

Indians being Indians hit the bottle irrespective of the time. I settled for a healthy measure of water and slept off. 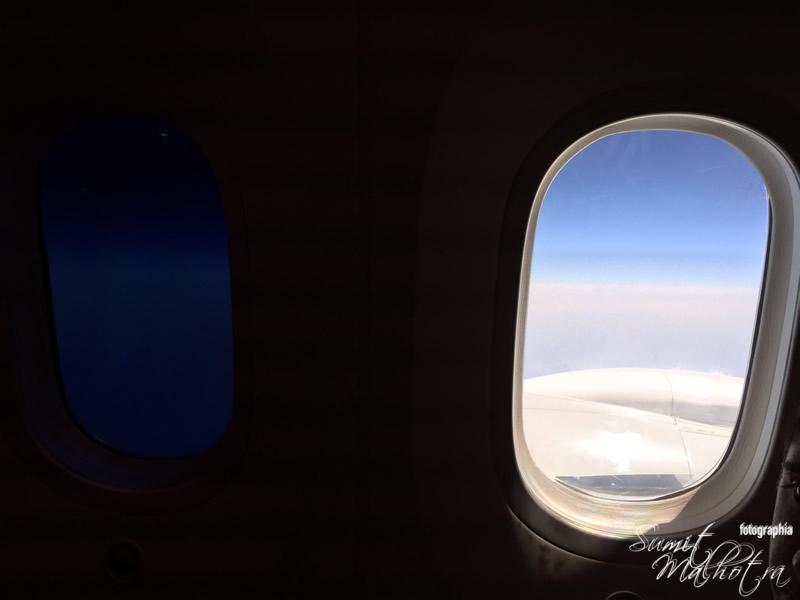 The colour changing panes of 787 dreamliner. 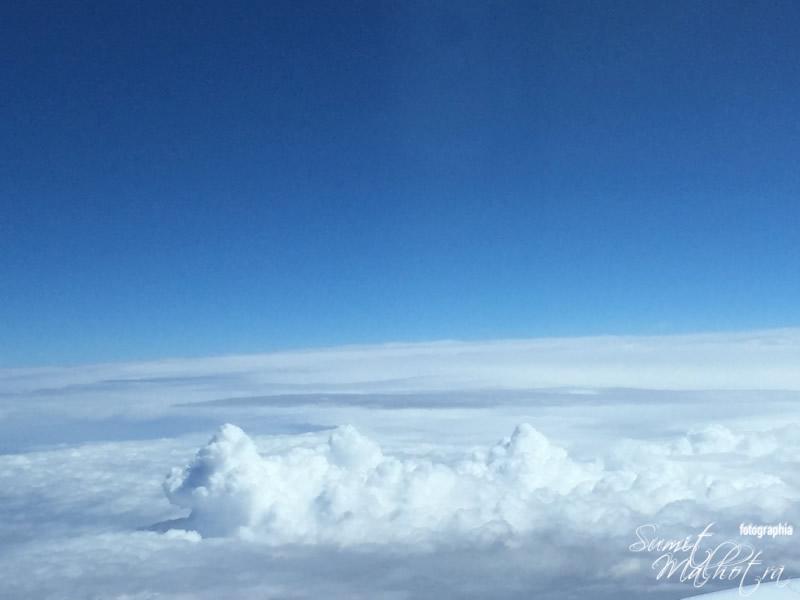 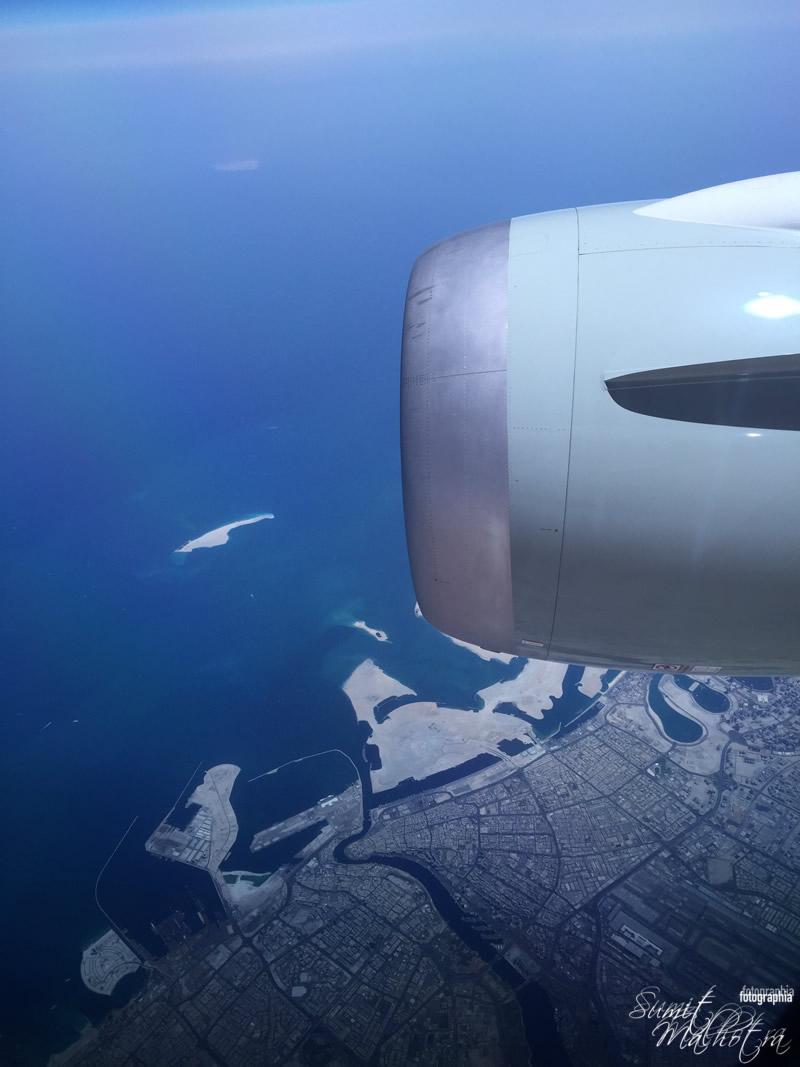 Doha - From up in the air 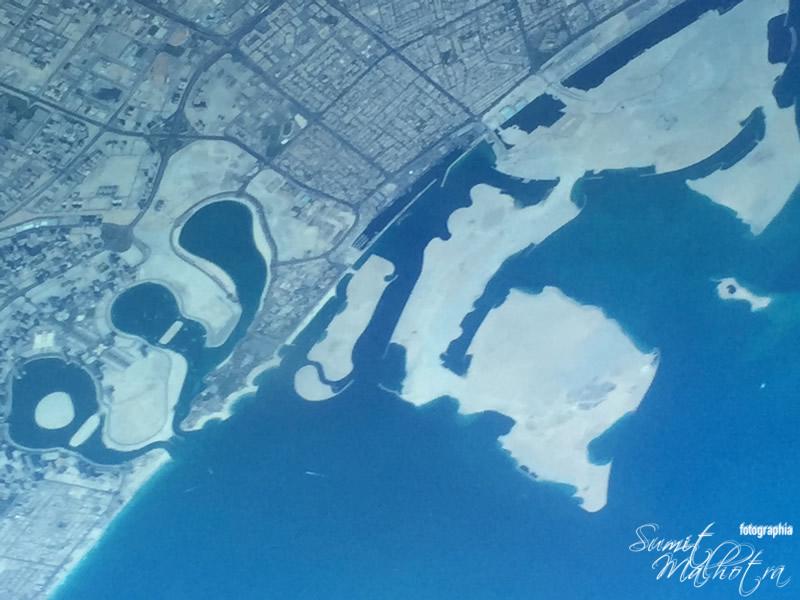 About to land in Doha, Qatar 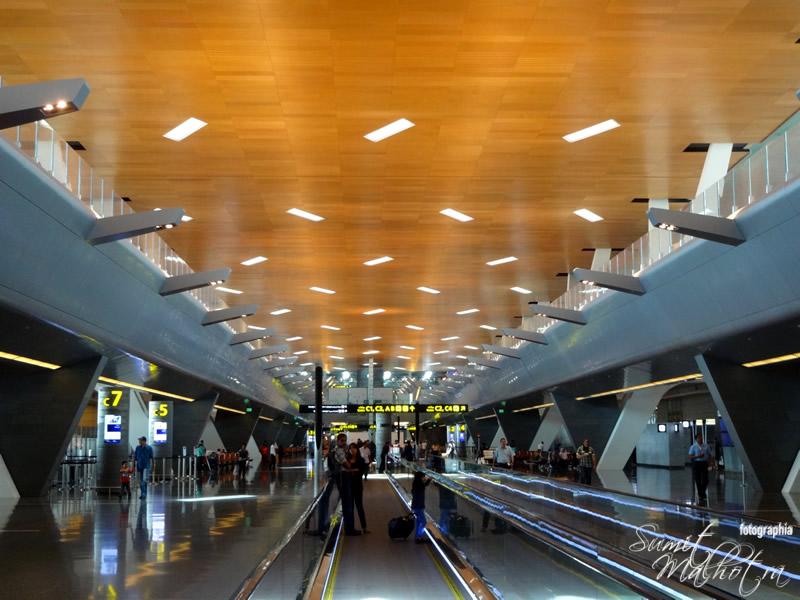 As we landed at Doha, we had transitioned from 47 deg C to 38 deg C. Hamad International Airport, Doha was expansive and amazing. It is apparently the best in the world. Cross terminal access is facilitated by travelators and even a monorail. It is a great place for duty-free shopping too. Free WIFI is available.

The airport is manned by a lot of Indians so help in the local language is also available.

One has to pay for trolleys and no WIFI is available.

Our exit was smooth. We were received by our driver Adil. Istanbul traffic is a nightmare. We took almost 2 hours to get to Roma Sinha’s home (our pad for this trip) on the European side. During non-peak hours this trip usually takes a mere 30 minutes.

We traversed through the international road that connects several European nations and crossed over to the European side of Istanbul.

We were amazed to see hawkers on the road catering to the traffic-jammed tourists. They sold water, Turkish bread called “Simit” and even flowers. The international road is well maintained though not void of potholes. The city is amazingly green and very well landscaped.

There are very green hilltops with homes – highrises as well as villas. A huge stretch of forest spans out all the way until the Bosphorus. Bosphorus by the sea is where the nightlife is I was told. 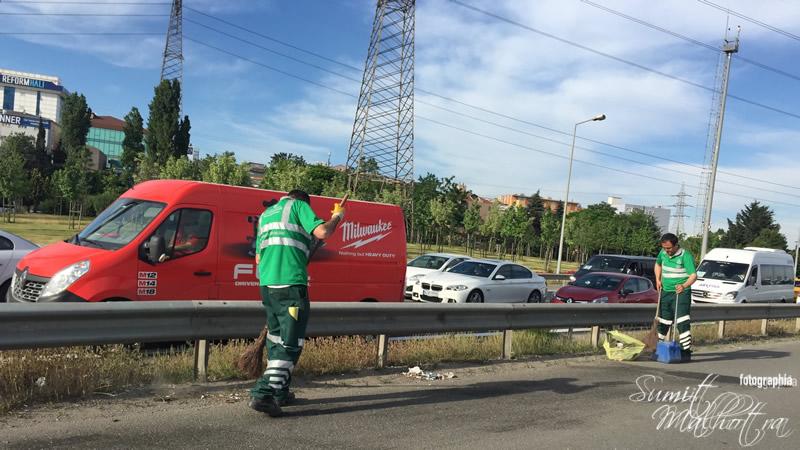 Men at work on the International Road 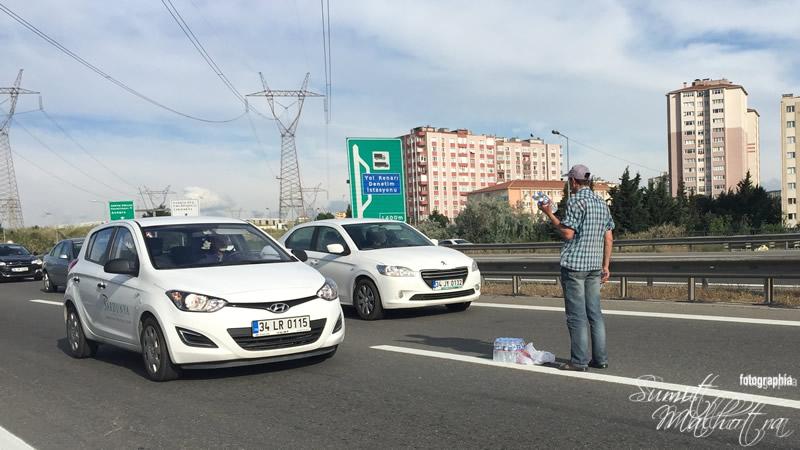 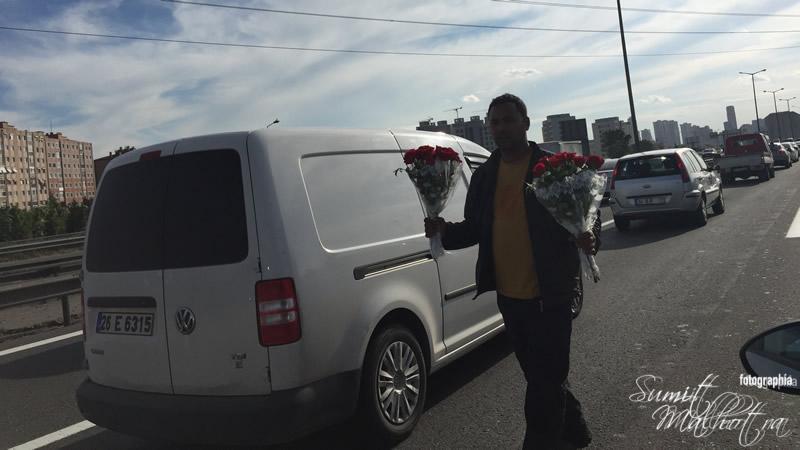 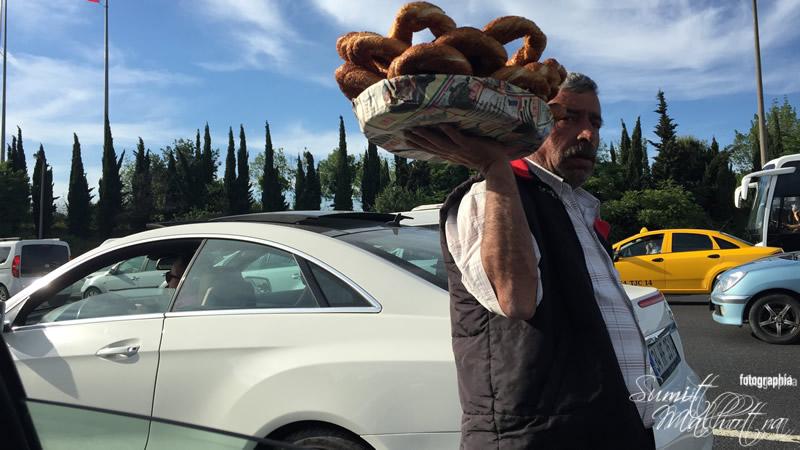 If you are hungry, you can have a "Simit" 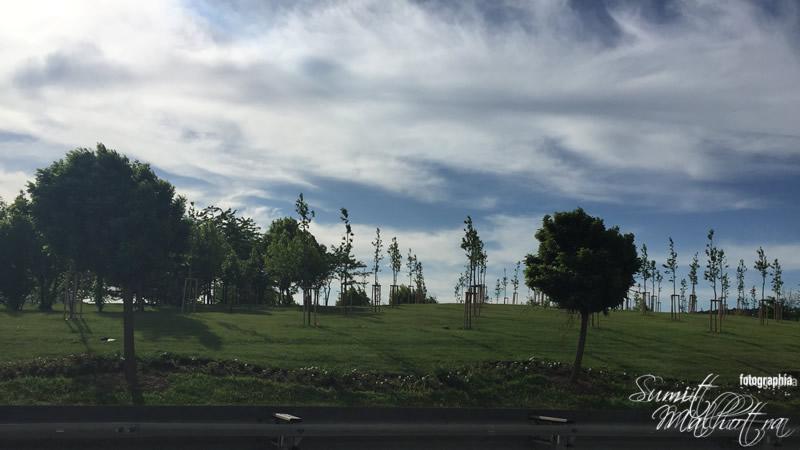 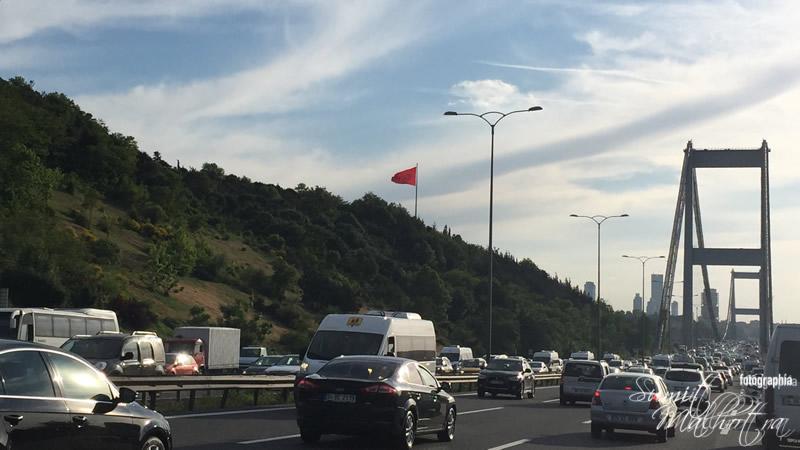 Bridge 1 over the Bosphorus 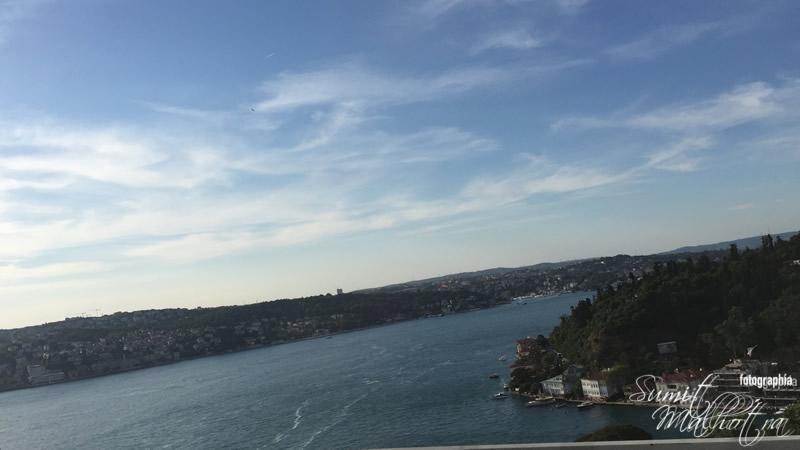 First view of the Bosphorus

We reached Nisantasi. Nisantasi is a popular shopping and residential district. It is considered to be one of Istanbul’s most exclusive neighbourhoods. We were welcomed by Roma and her friend Sezer Unal who claimed I was the second Indian he knew after Roma.

Some great food was lined up at home – roasted chicken, bulgur and yoghurt called “cecek” pronounced as jejak. It was quite similar to our raita. The Turkish delicacies were mopped up with some Efes – the local beer. 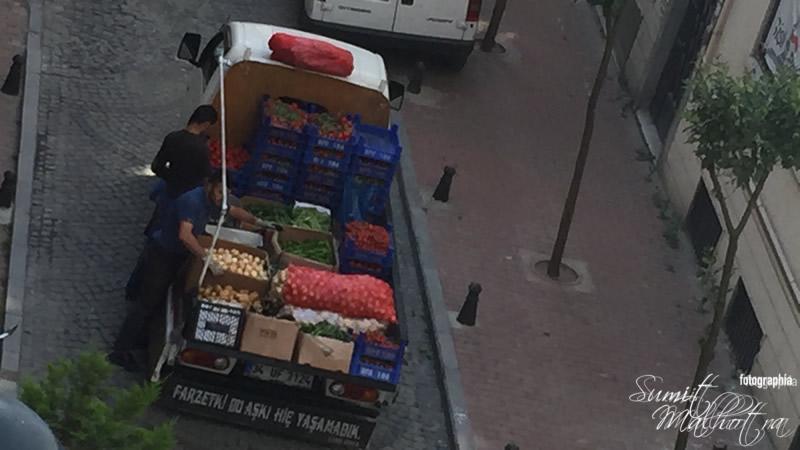 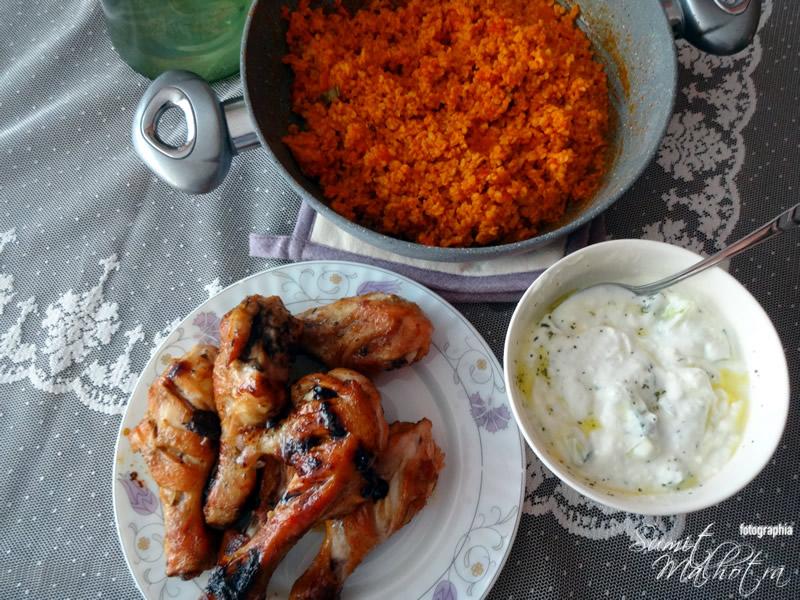 Sezer and I strolled down for a walk. The main street was buzzing with people. Brand name stores, popular European-style cafés, pubs, restaurants and nightclubs were doing brisk business.

I couldn’t help noticing that there were a lot of cats all over the place but no dogs. Istanbul comprises of a predominantly Muslim society where cats are loved and respected. The apartment blocks had auto-sensing passage light that toggled as one moved across levels. Good stuff. The combination of cobbled alleys and metalled roads was amazing. A blend of old and new technologies.

The best part about Istanbul was its 18 deg C temperature, cleanliness and oh! the air so fresh. Istanbul as a city epitomises not only the confluence of East and West but also tradition and modernity.