Cappadocia - Top 11 Things to do in Cappadocia

11 Really Mind-Blowing Things to Do in Cappadocia

I usually plan my travels. However, I had no list for things to do in Cappadocia on this visit. I had heard a lot about the Cappadocia from friends and seen numerous photos on the web.

Having Roma Sinha as a part of my travel was an added benefit since she had visited Cappadocia before. The entire region is captivating so I left the tour planning to Roma & my hosts at The Castle Inn.

Cappadocia lies in central Anatolia, in the heartland of what is now Turkey. It is known for its distinctive “fairy chimneys,” tall, cone-shaped rock formations in Monks Valley, Göreme & elsewhere.

It is also a home to sprawling underground cities, a plethora of viewpoints, open air museums and archaeological sites.

How do I Reach Cappadocia?

How to get to Cappadocia from istanbul?

Travelling by air is perhaps the most convenient way to reach Cappadocia.

Though, the Kayseri Erkilet Airport is an hour’s drive from Cappadocia, it is mainly served by the Turkish Airlines, which operates numerous flights from the Istanbul Atatürk Airport.

Daily flights from Izmir via Istanbul to Kayseri are also run by this airline. Some of the other airlines operating from this airport are AtlasGlobal, Borajet, Pegasus Airlines, Corendon Airlines & Onur Air.

Alternatively, you can avail the services of Nevşehir Kapadokya Airport which is nearest to the city.

It is well connected to other nearby cities such as Istanbul and Antalya via service providers such as Pegasus Airlines and Turkish Airlines.

The Top 11 Things to do in Cappadocia

Here is a brief rundown on the top 11 things to do in Cappadocia when you are stretched for time.

1. Stay in a Cave Hotel like Castle Inn, Ortahisar

We stayed at the Castle Inn, Ortahisar. Castle inn is a newly restored & renovated 150-year-old Cappadocian house with just five rooms. The hosts at the castle inn are very hospitable and helpful. One of the preferred things to do in Cappadocia. 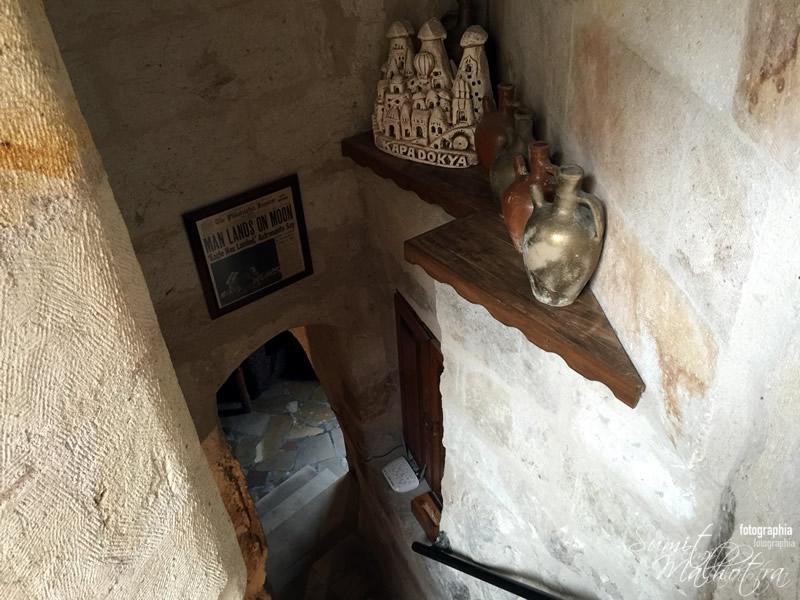 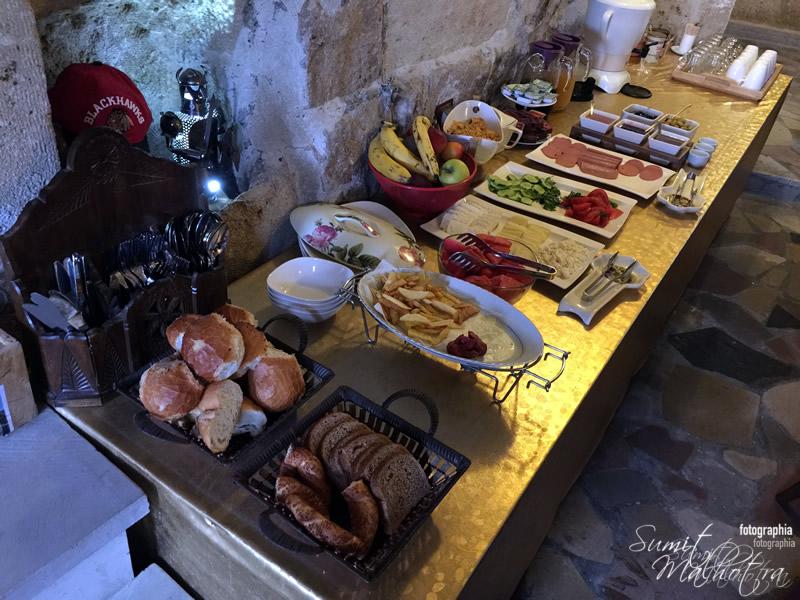 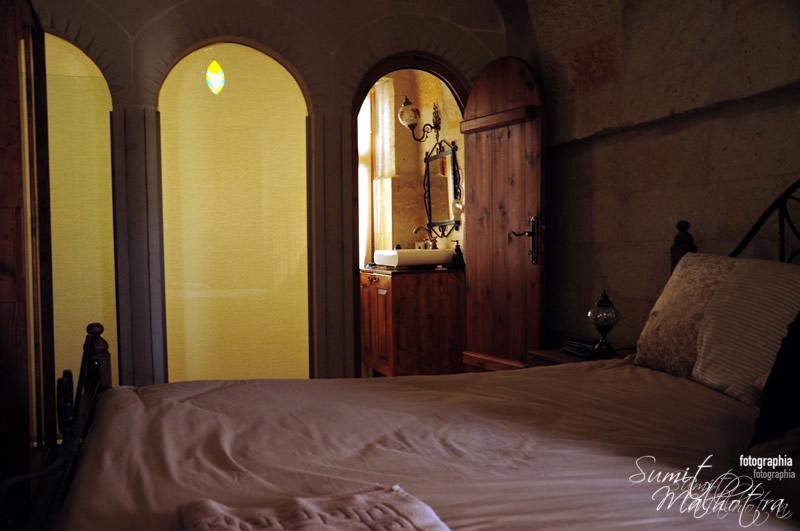 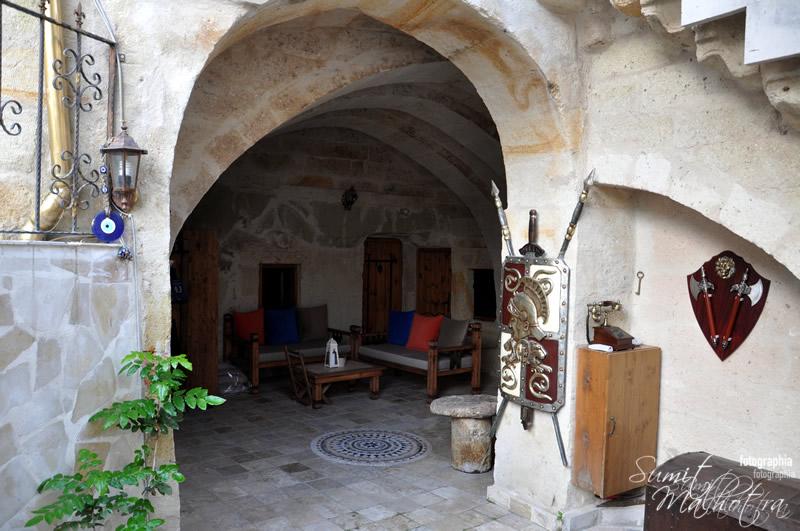 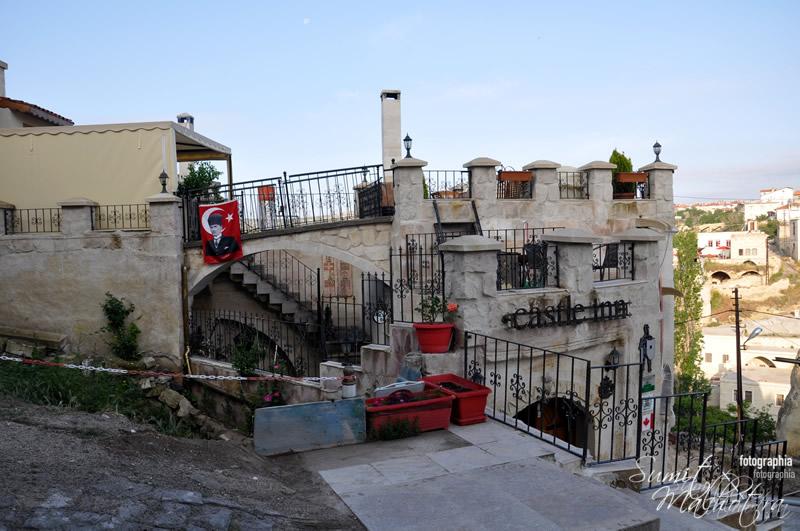 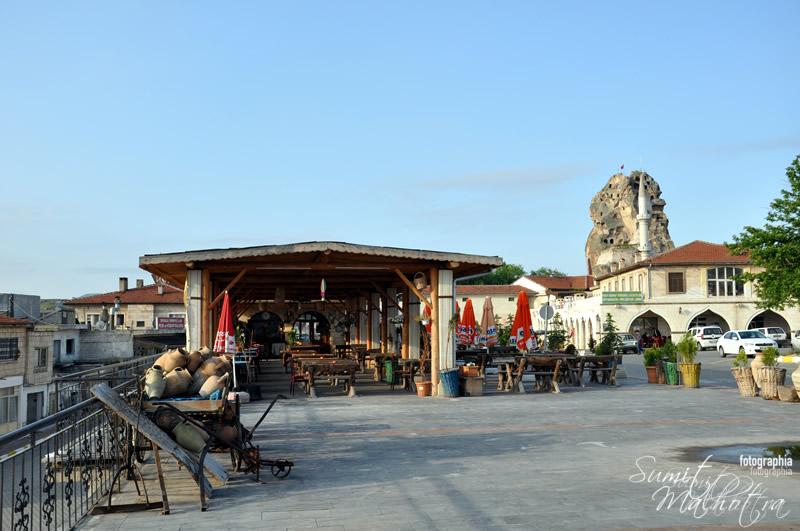 A Cafe in Ortahisar, Cappadocia 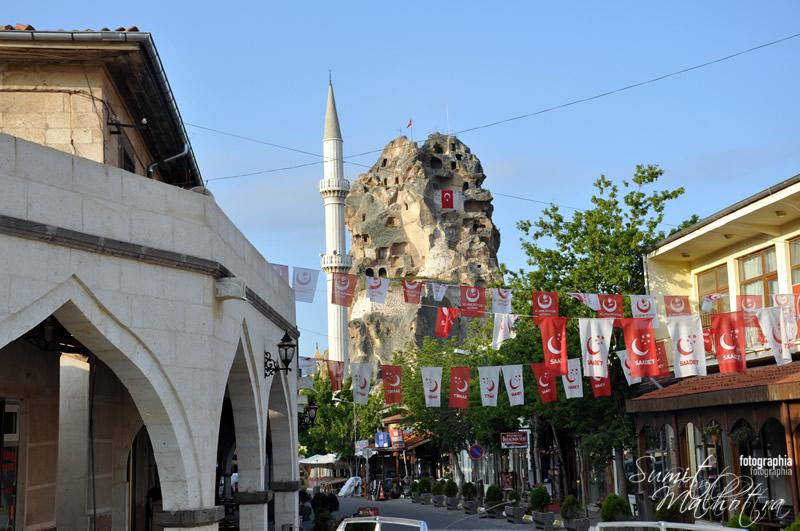 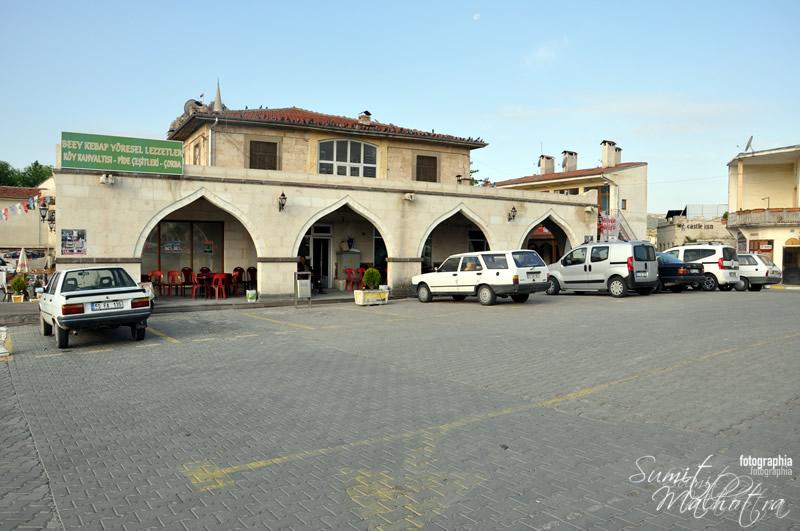 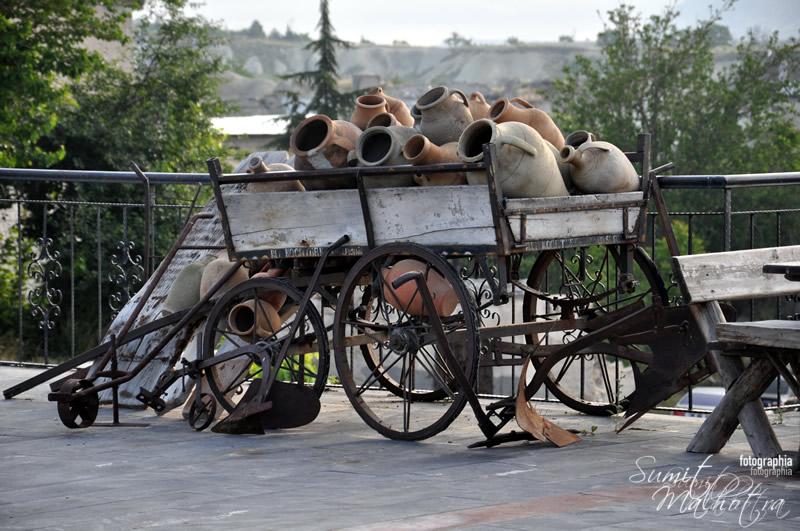 A Pottery Cart at Ortahisar

Uchisar Castle is the highest point in Cappadocia. Climb up to view the wonderful panoramas of the surrounding clusters of fairy chimneys, Ürgüp, and Avanos. The castle is accessible by a flight of stairs. Entrance fee is 5 TL. This is a must out of things to do in Cappadocia. 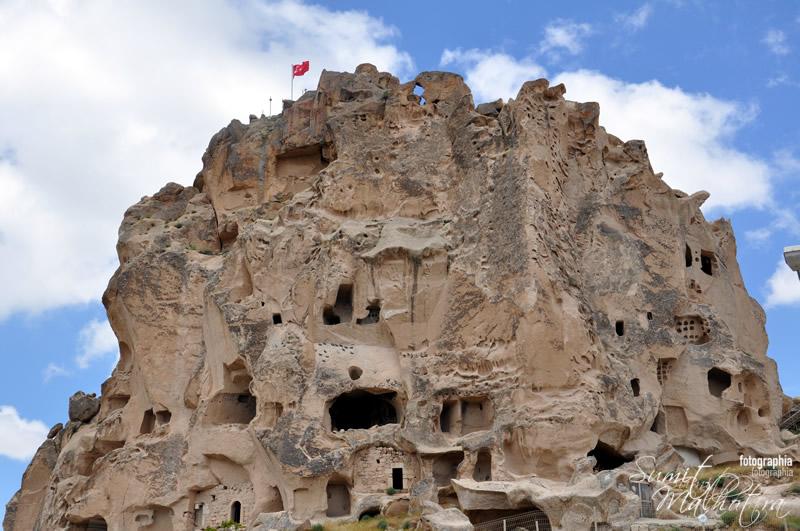 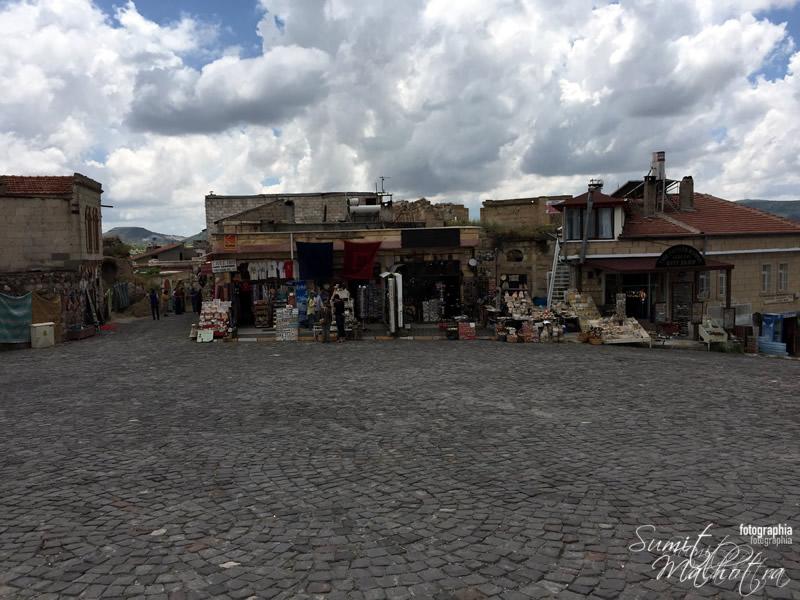 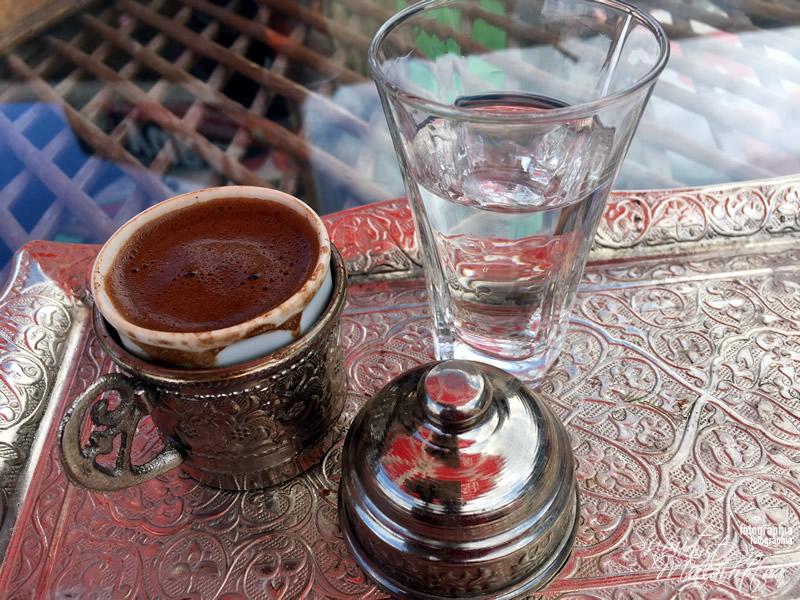 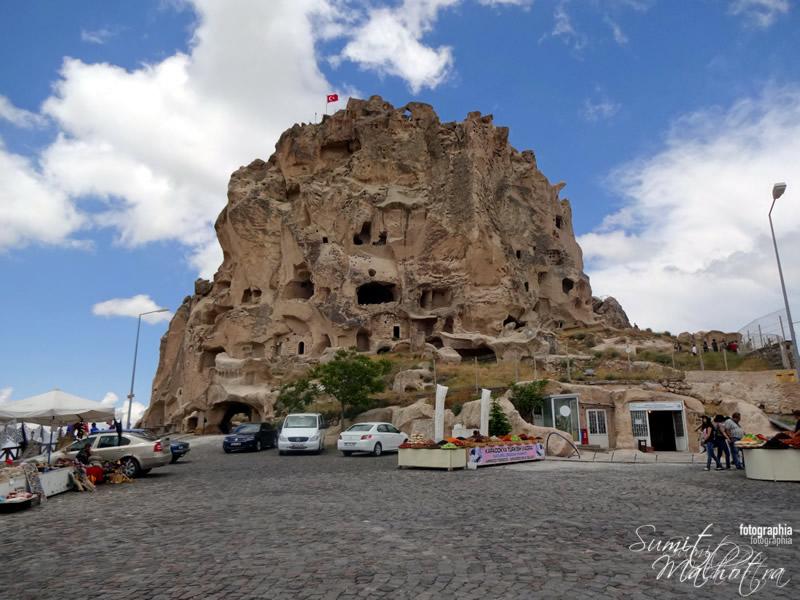 Uchisar Castle - One of top things to do in Cappadocia

Hang an evil eye on the tree as is the tradition & feed the pigeons. If you are lucky you will witness the flight of the pigeons. The views of Uchisar Castle and the surrounding valley from the Pigeon Valley are amazing. 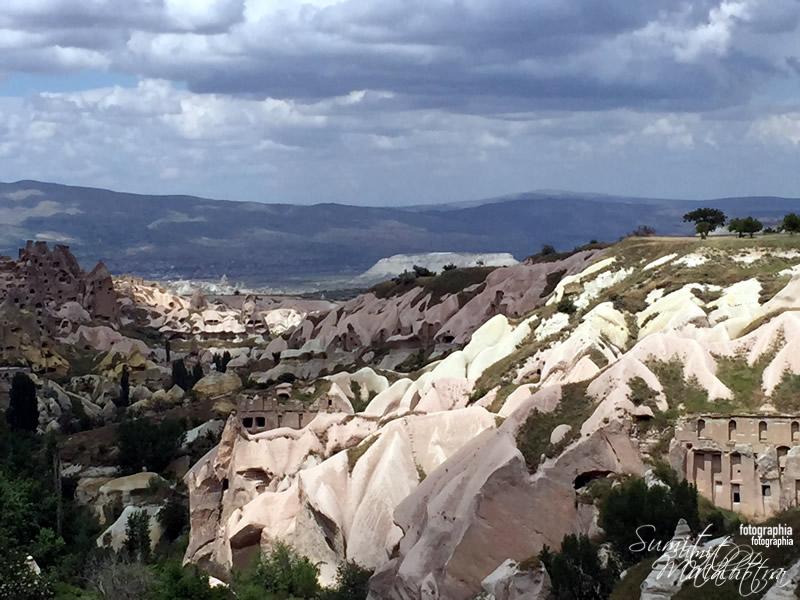 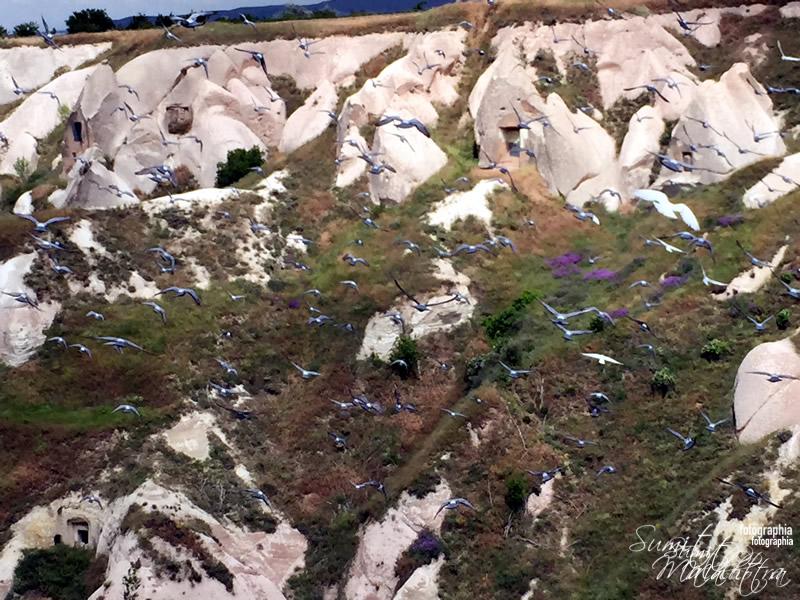 Flight of the Pigeons, Pigeon Valley 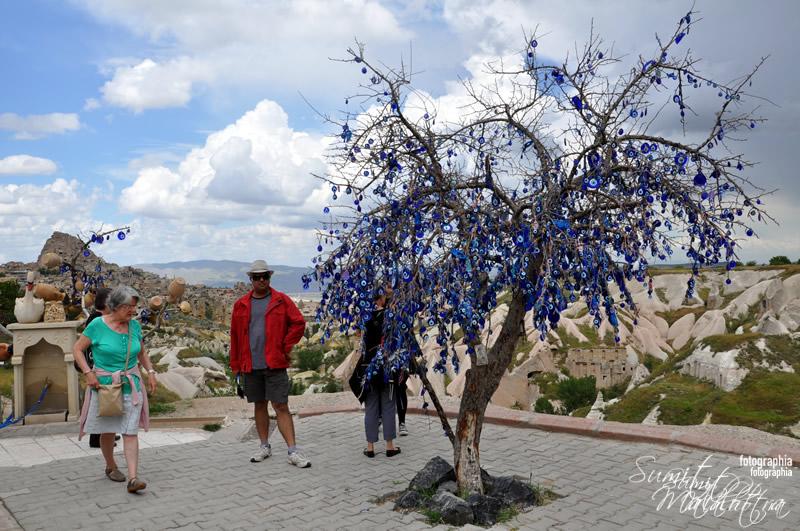 5. Hike through the Love Valley

We got caught in a hailstorm hence could not walk the valley. I did manage to click a bird’s eye view of the valley though. 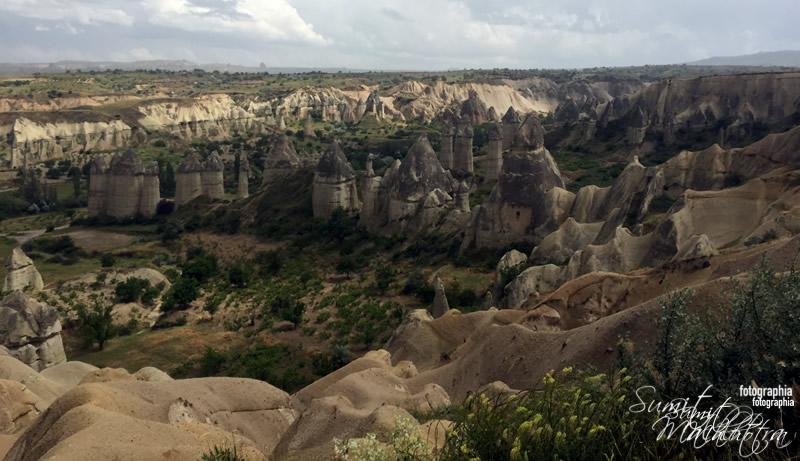 6. Walk through the Monks Valley or Pasabag

Pasabag in Cappadocia is located on the road to Zelve, coming from Goreme or Avanos. Pasabag valley contains some of the most striking fairy chimneys in Cappadocia.

Pasabag or the monks valley

Hot Air Ballooning in Cappadocia completes the trip to Cappadocia. Its an exhilarating experience. You see ‪‎rock formations‬ and impressive ‪valleys‬ giving a breathtaking view of the region. This has to be a part of your things to do in Cappadocia.

Definitely try their Pottery kebab in which meat, vegetables and spices are mixed together and baked till done. Another must try dish is their Turkish Ravioli.

Gonul Sofrasi is run by a Turkish couple in Avanos, and they do the best food out there so don’t miss it when you are in Avanos. 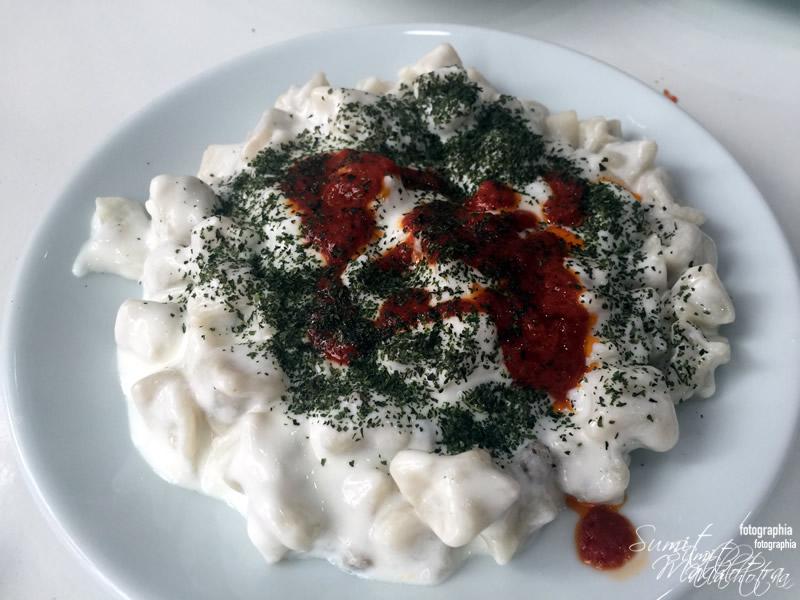 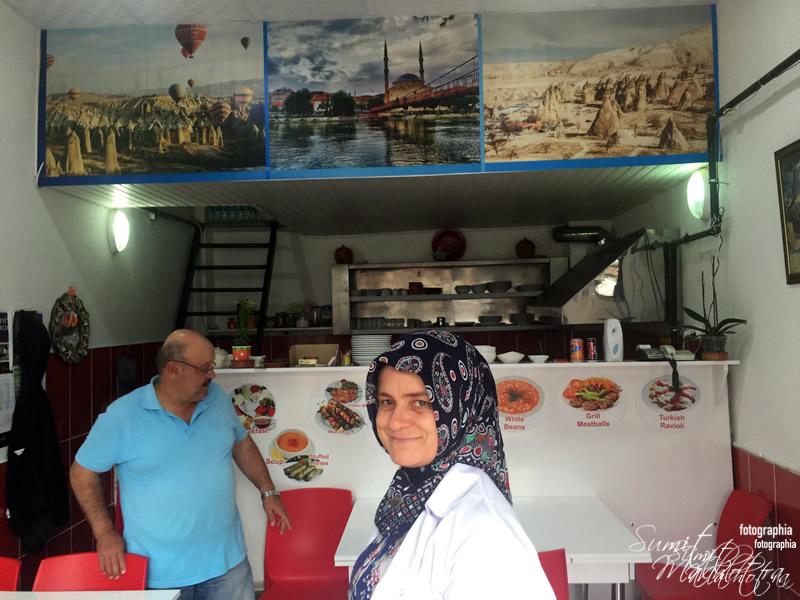 The Couple behind Gonul Sofrasi - Avanos 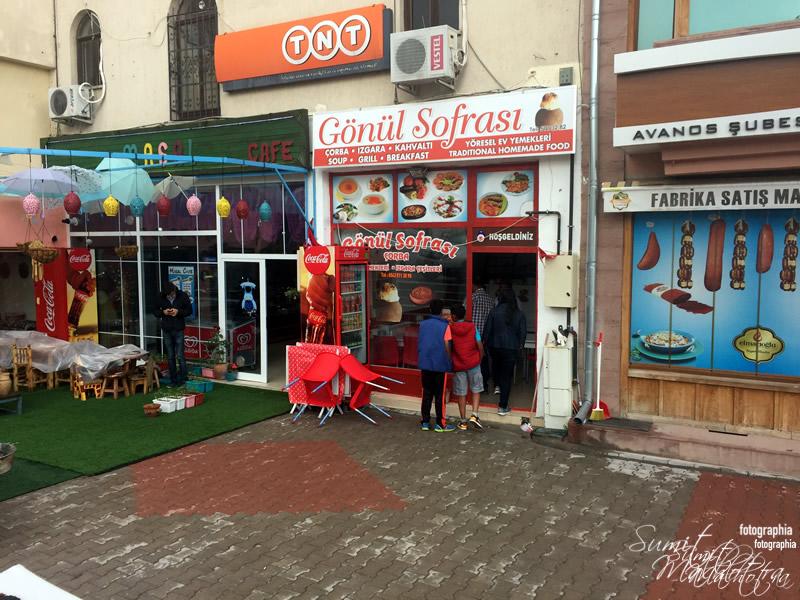 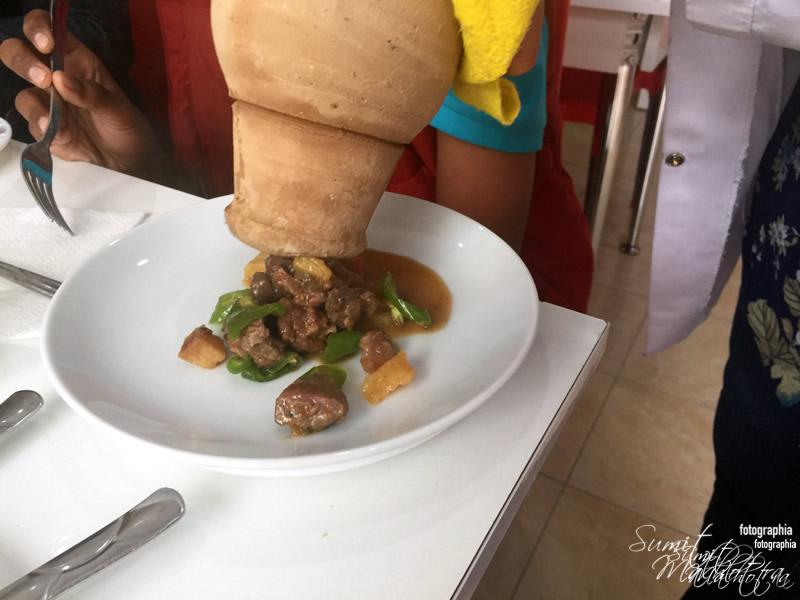 9. Walk through the town of Avanos

Avanos is located on the banks of Kizilirmak River, or “Red River”. It is a centuries old centre for ceramics and pottery. You can shop for stuff as well as participate in a pottery workshop.

This should be a definite part of your things to do in Cappadocia. 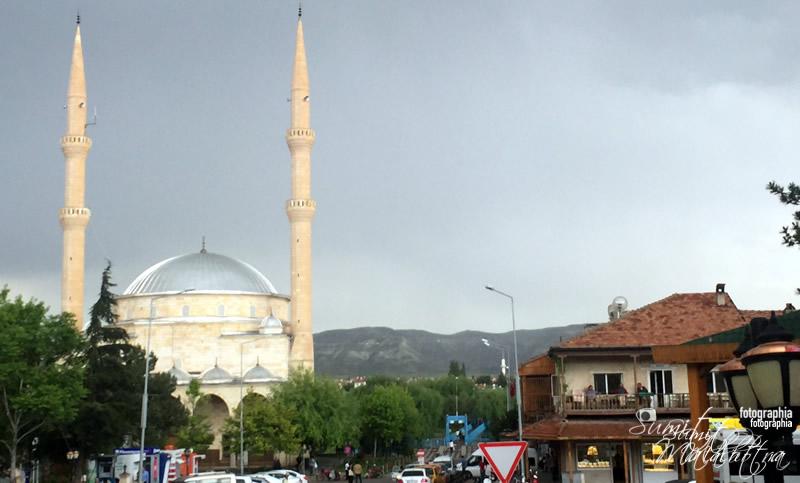 Cappadocia is a very small area. It consists of several towns such as Ortahisar, Urgup, Goreme, Uchisar & Avanos. All of these towns are very close with distance ranging between 5 to 10 kms.

A drive through these towns makes you experience and appreciate the serenity of this region even more. A sedan will cost 70 Euros a day with insurance. 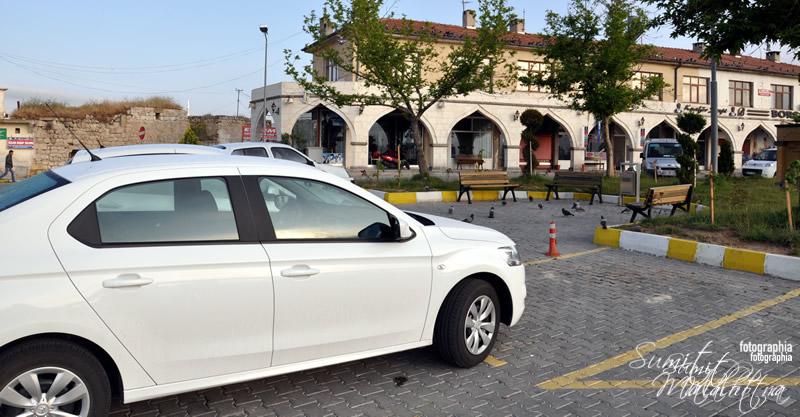 We visited Kaymakli underground city that has around 100 underground tunnels with low, narrow and sloping passages.

More from My Türkiye Tales