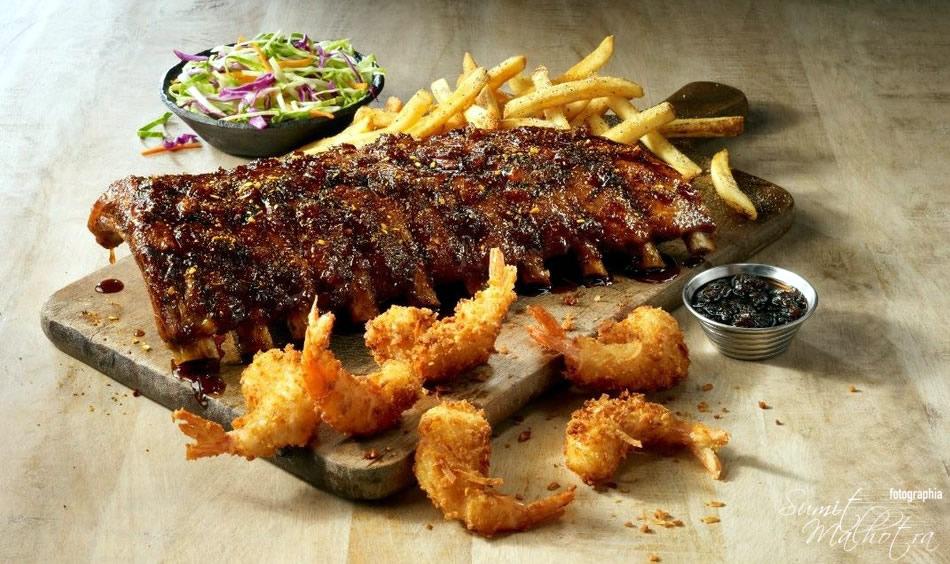 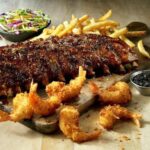 It wasn’t a happy dining experience at TGI Fridays Gurgaon, barring the laughs Amit and I enjoyed catching up after a long time. The food and service can definitely be better before TGI Fridays Gurgaon is able to reclaim its place under the Sun.

Cuisine: Tex-Mex Bar & Grill
Vegetarian Only: No
Do they deliver: No
Takeaway: Yes
Do they cater outdoors: No
Hours of Operation: Noon to Midnight

It was a surprise visit by my friend Amit Uppal this gone Wednesday who was in transit to Ahmedabad and had a few hours in NCR before his flight took off. By the time he arrived, we were famished and our food talks got us driving towards TGI Fridays located at the Metropolitan Mall in Gurgaon.

TGI Fridays used to be my haunt in the years gone past. We descended hungrily on the TexMex restaurant and found not much had changed except for some bits of reorganisation. The restaurant was moderately occupied and that is a good sign especially on a Wednesday afternoon.

TGI Fridays is an American restaurant chain focusing on casual dining. The company is a unit of the Sentinel Capital Partners and TriArtisan Capital Partners, who purchased the company from Carlson Companies in May 2014. TGI Fridays is built upon a legacy of great food, inventive drinks and big fun. Fridays™ is a favorite place for friends to congregate together and enjoy a casual dining experience. They have been in India since last 16 years.

The Ambience at TGI Fridays

TGI Fridays appeal is in its comfortable relaxing environment where you can truly enjoy a quality dining experience. The decor – the ambience, the memorabilia, significant memorabilia like the propeller and racing scull, the music and the flair all add to make the Fridays® experience complete.

The Cuisine at TGI Fridays

Amit wanted a beef steak which was unavailable due to a ridiculous ban on beef in the state of Haryana. So we dug into the menu again and lined up a medley of Grilled Salmon Caesar Salad, a Jack Daniel’s Sampler & Almond Crusted Fish & Jalapeno Shrimp. It was actually a lot of food for two of us. 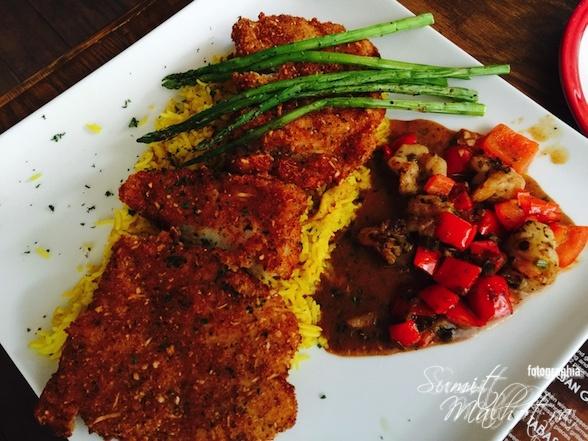 The service was funny to start with since we had to request for water. Should it not appear by itself? Isn’t that what good service is all about? We placed our orders and were generally catching up when Jack Daniel’s sampler arrived. When you receive a dish priced at Rs. 1599 cold it is a bit of a disappointment. We told the server to check it who brought in the Manager. This is not what I call good service. However, the manager at TGI Fridays Gurgaon offered to get the dish reheated in the salamander and we agreed. 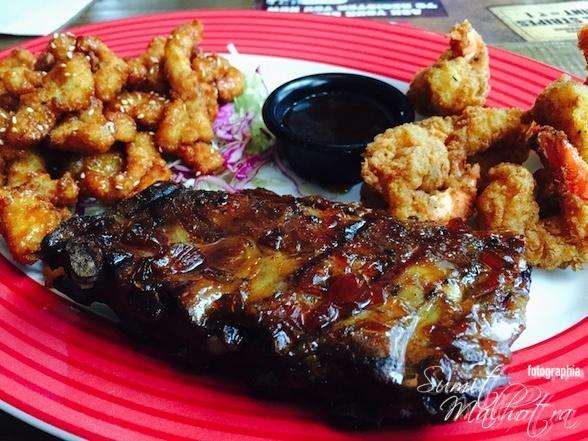 We requested for some nachos with salsa to keep our hunger pangs at bay which were readily served. This was perhaps the best part of the service. 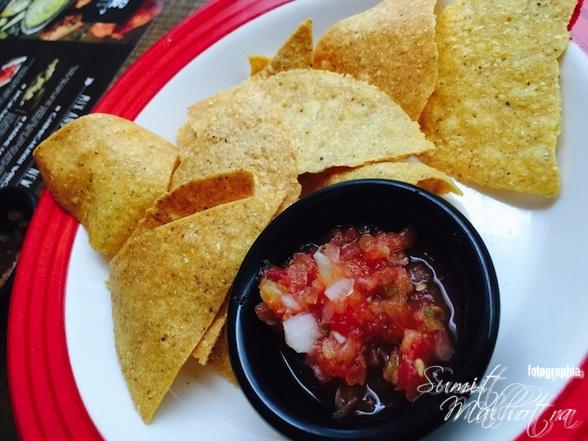 In sometime, the Grilled Salmon Caesar Salad (Rs.725) arrived, while the salad leaves and the dressing tasted well, the salmon itself was chewy. It was obviously overcooked. This time we didn’t complain. I guess romance with TGI Fridays Gurgaon was to last just this long. 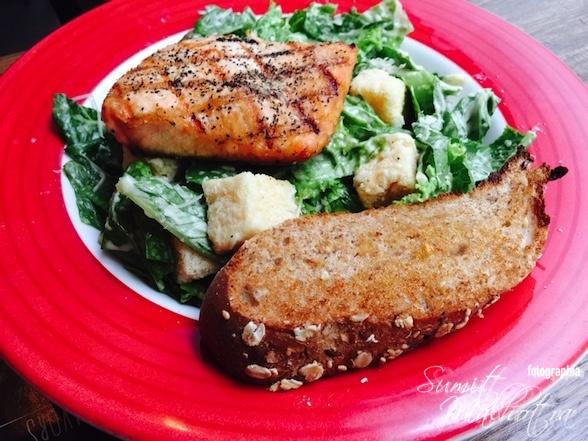 The fish arrived with the sampler in tow and the entire table looked busy. We requested the fish to be shipped back to the salamander while we polished off the salad and the sampler.

The sampler turned out to be rather good. The meat from the pork ribs was melting in the mouth. The Cajun Fried Shrimp were nice and crunchy. The chicken strips that looked more like pops were reasonably well done. I recommend this platter if you are planning a visit.

The almond crusted fish and jalapeno shrimp (Rs. 825) was decent. However, I was disappointed with the lumpy bed of rice it was set up on.

Average overall though the manager assistance came in handy.

To SumItUp: It wasn’t a happy dining experience barring the laughs Amit and I enjoyed catching up after a long time. The food and service can definitely be better before TGI Fridays Gurgaon is able to reclaim its place under the Sun.