All About Pomegranate | Know Your Spice Anardana (Punica Granatum) or Anar

All About Pomegranate | Know Your Spice Anardana (Punica Granatum)

It is also known as Anar

Pomegranate or Punica Granatum is deciduous shrub or a small tree from the Punicaceae family. is indigenous to Southern Europe and Mediterranean area.

It is distributed in the warmer regions of both the hemispheres. It is widely cultivated in Iran, Afghanistan and Baluchistan.

In India it is grown in almost all states but cultivated in large scale in the States of Maharashtra, Karnataka, Andhra Pradesh, Uttar Pradesh, Tamil Nadu, Gujarat, Rajasthan and Himachal Pradesh.

It thrives best in places with a hot dry summer, with irrigation. The seed dried with pulp is used as a spice in many dishes.

The pomegranate originated in the region extending from Iran to northern India. It has been cultivated since ancient times throughout the Mediterranean region.

It was introduced into Spanish America in the late 16th century and into California by Spanish settlers in 1769.

What are the other names of Pomegranate?

Anardana names in other languages are given below.

What exactly is Pomegranate?

Get to know more about Anardana (Punica Granatum) 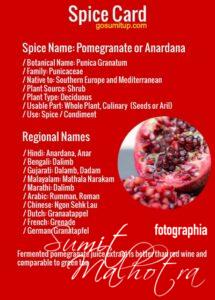 An attractive shrub or small tree, to 20 or 30 ft (6 or 10 m) high. It is much-branched, more or less spiny, and extremely long-lived. It has a strong tendency to sucker from the base.

Showy flowers are home on the branch tips singly or as many as 5 in a cluster.

In each sac, there is one white or red, angular, soft or hard seed. The seeds represent about 52% of the weight of the whole fruit.

What is the nutritional value of Pomegranate?

Find out about the nutritional value of Anardana (Punica Granatum)

What is the chemical composition of Pomegranate?

Know and understand about chemical composition of Anardana (Punica Granatum)

They also contain bioactive compounds such as phenolics and flavonoids, principally anthocyanins.

Phenolic compounds, together with flavonoids, anthocyanins, and tannins, are the main group of antioxidants that are important due to their biological and free radical scavenging activities.

What is the history of Pomegranate?

Know more about the origins & the story behind Anardana (Punica Granatum)

The pomegranate originates in the Middle East, with findings such as fossilized leaves, branches and seeds dating back to the early Bronze Age (3500–2000 BC).

Scientists have placed it in the first five positions in the list of the oldest cultivated fruits, along with the olive, grape, date palm and fig.

The pomegranate tree, which is said to have flourished in the garden of Eden, has been used extensively in the folk medicine of many cultures.

In many religions and cultures, it is thought to be an auspicious symbol, mostly of life, luck, abundance and fertility.

In ancient Greek mythology, the fruits were known as the “fruit of the dead” and in the ancient Hebrew tradition, pomegranates adorned the vestments of the high priest.

The Babylonians regarded pomegranate seeds as an agent of resurrection, the Persians believed the seeds conferred invincibility on the battlefield.

For the ancient Chinese the seeds stood for longevity and immortality.

The fruit was used in many ways as it is today and was featured in Egyptian mythology and art, praised in the Old Testament of the Bible and in the Babylonian Talmud.

It was carried by desert caravans for the sake of its thirst-quenching juice. It travelled to central and southern India from Iran about the first century A.D. and was reported growing in Indonesia in 1416.

What are the uses of Pomegranate?

How is Anardana used?

What is the the taste of Anardana?

Pome­granate have a fresh, sweet–sour, very pleasant taste. Some strains actually taste honey-sweet, while others may display balanced sweetness and acidity.

The spice is made from plants that belong to a wild form of pome­granate. Their seeds have an aggressively acidic and astringent taste. 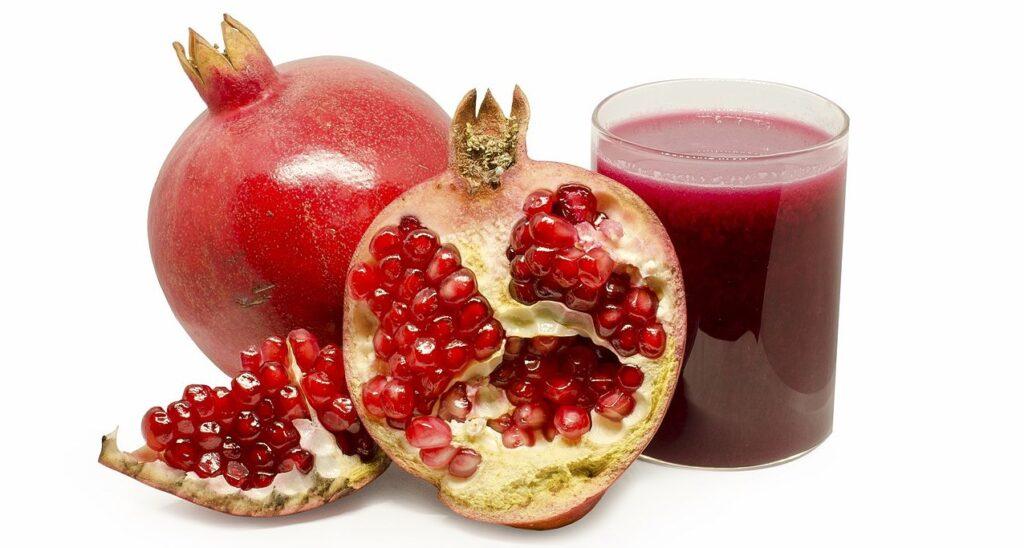 What are the ayurvedic properties of Pomegranate?

What can I use Pomegranate for?

Learn how to use Anardana (Punica Granatum) in your food & beverages.

How long does Pomegranate last?

Learn about how long does Anardana (Punica Granatum) last in storage.

They should be kept in a cool, dry, well-ventilated place, out of direct sunlight. Whole fruit can be refrigerated and will keep as long as 2 months.

Fresh seeds or juice will keep in the refrigerator for up to 5 days. Pomegranate arils can be frozen for later use.

How do I store Pomegranate?

Learn about how to store Anardana (Punica Granatum).

They should be kept in a cool, dry, well-ventilated place, out of direct sunlight. They are best stored in the refrigerator.

Is there a substitute for Pomegranate?

The best pomegranate substitutes are cranberries, red currants, sour cherries, and raspberries. Or, you can try pomegranate syrup or juice, or cranberry juice for smoothies.

You can also substitute grenadine for pomegranate juice.

For anardana spice you can use one tablespoon tamarind paste, fresh lemon or lime juice or, amchur powder.

Where do I buy Pomegranate from?

Where to Locate Anardana (Punica Granatum) in the Grocery Store?

Fresh pomegranates will be available in fruits and vegetables section. For Anardana spice look in the spice aisles.

If you are not in India, you may also find shelled pomegranate seeds in the frozen aisle of the store. Check the freezers with the fruits or possibly even the frozen organic section.

If buying online, try this link.

What are the health benefits of Pomegranate?

The following are health benefits of Anar, Pomegranate (Punica Granatum) or Anardana 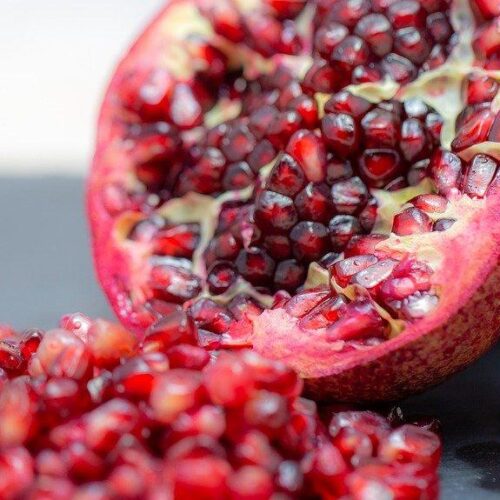 All About Pomegranate (Punica Granatum) | Uses & Health Benefits of Pomegranate

An attractive shrub or small tree, to 20 or 30 ft (6 or 10 m) high, the pomegranate is much-branched, more or less spiny, and extremely long-lived. It has a strong tendency to sucker from the base.

Showy flowers are home on the branch tips singly or as many as 5 in a cluster.

In each sac, there is one white or red, angular, soft or hard seed. The seeds represent about 52% of the weight of the whole fruit.