All About Saffron | Know Your Spice Kesar (Crocus sativus L.) 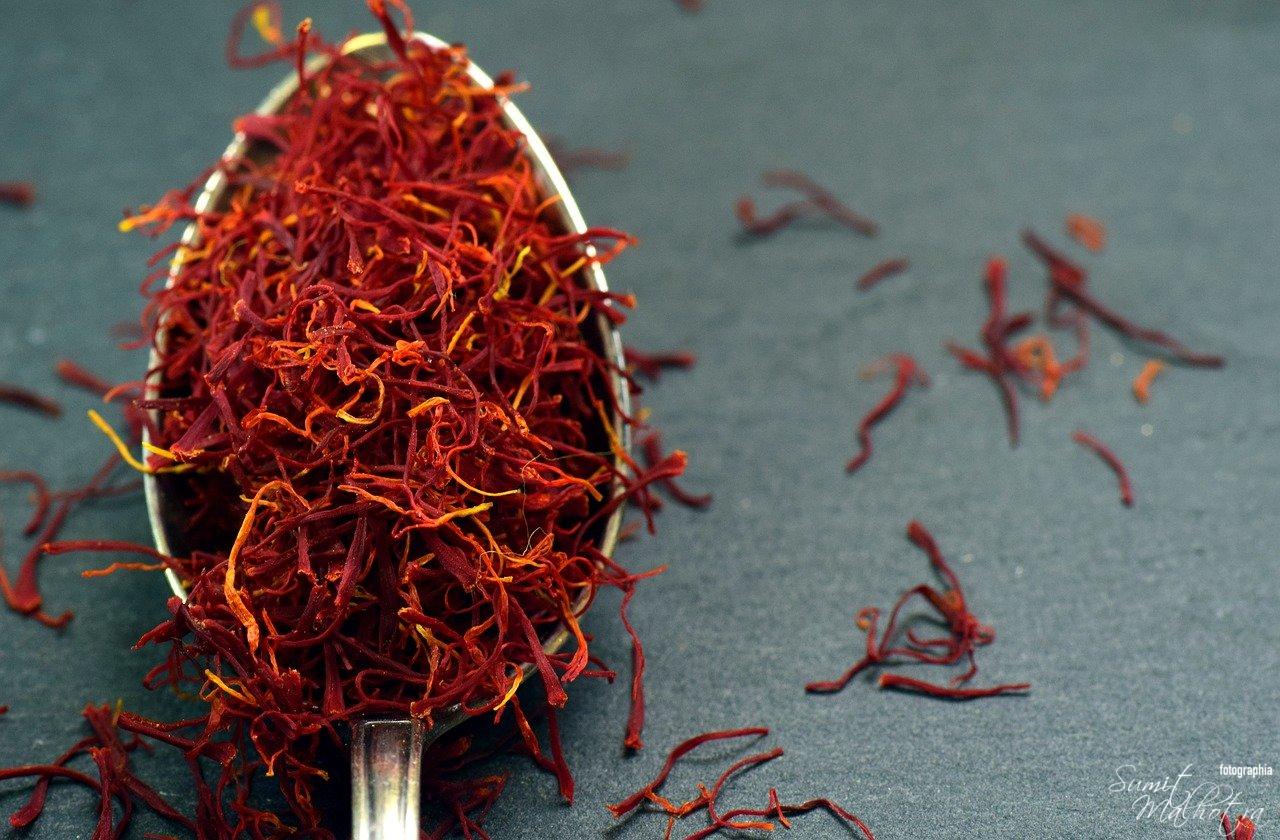 All About Saffron | Know Your Spice Kesar (Crocus sativus L.)

It is also known as Kesar, Zafran, Zafraan, Azafrán 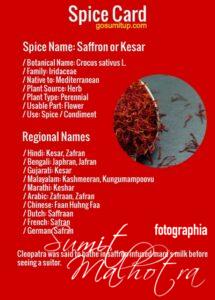 Saffron is a spice derived from the flower of Crocus sativus L., commonly known as the “saffron crocus“. It belongs to the Iridaceae

Kesar has been the world’s most costly spice by weight for long.

It was first grown in Iran, where currently about 90% of the global production comes from.

What are the other names of Saffron?

Kesar names in other languages are given below.

What exactly is Saffron?

Get to know more about Kesar (Crocus sativus L.)

The yellow style is deeply divided into three branches and the stigmata are bright red.

Flowers are arising directly from the corms. Flowers have tri-lobed stigma, which along with the style tops yield the saffron of commerce.

Zafraan is an ancient spice whose beneficial properties have been known for a long time.

What is the nutritional value of Saffron?

Find out about the nutritional value of Kesar (Crocus sativus L.)

The latter is g sugar and 3.9 g of dietary fiber, the rest is complex carbohydrate.

Kesar or Saffron is an excellent source of minerals like copper, potassium, calcium, manganese, iron, selenium, zinc and magnesium.

It is also rich in many vital vitamins, including vitamin-A, folic acid, riboflavin, niacin, and vitamin-C.

What is the chemical composition of Saffron?

150 chemical compounds have been extracted from kesar, but only about one third of them have been identified.

The chemistry of zafraan is complex; this spice has primary metabolites, which are ubiquitous in nature, such as carbohydrates, minerals, fats, vitamins, amino acids, and proteins.

A large number of compounds belong to different classes of secondary metabolites. Carotenoids are the most important constituents of the spice, from which it derives its color.

What is the history of Saffron?

Know more about the origins & the story behind Kesar (Crocus sativus L.)

Saffron-based pigments have been found in the prehistoric paints used to depict beasts in 50,000-year-old cave art in what is today Iraq.

Later, the Sumerians used it as an ingredient in their remedies and magical potions. However, Sumerians did not actively cultivate it.

They instead chose to gather their stores from wild flowers only, because they felt that only divine intervention would enable it’s medicinal properties.

The first images of Crocus sativus (kesar) flowers we know of have been found on earthenware pots in Minoan palaces.

Cleopatra was said to bathe in saffron-infused mare’s milk before seeing a suitor.

In Santorini, several women are harvesting zafran on mural paintings. Another woman uses Saffron to color her lips, possibly in preparation for a religious ritual.

Excavations in the entire area around the Mediterranean show that Saffron – along with tin – was the main trade product of the Minoan civilization.

The wealth of the inhabitants of Crete and surrounding islands was therefore based for a considerable part on kesar.

It was so important at that time that people everywhere depicted Saffron: on murals, on pots, bowls and vases, and on clothes.

Poets have romanticized it, monks have worn clothes dyed with its color, emperors have dreamt of it and saints have worshiped it. Stories around the golden spice abound.

According to one, Mughal Emperor Akbar loved the smell of Zafraan so much, that the large windows in the bathhouses of his palaces, especially in Rajasthan, would overlook Zafraan fields.

It is said he loved the scent of the golden spice to waft through the windows and perfume the air.

What are the uses of Saffron?

How is Kesar used?

What is the the taste of Kesar?

Taste of Saffron is sweet with floral notes. Its aroma resembles that of honey, but with metallic notes. 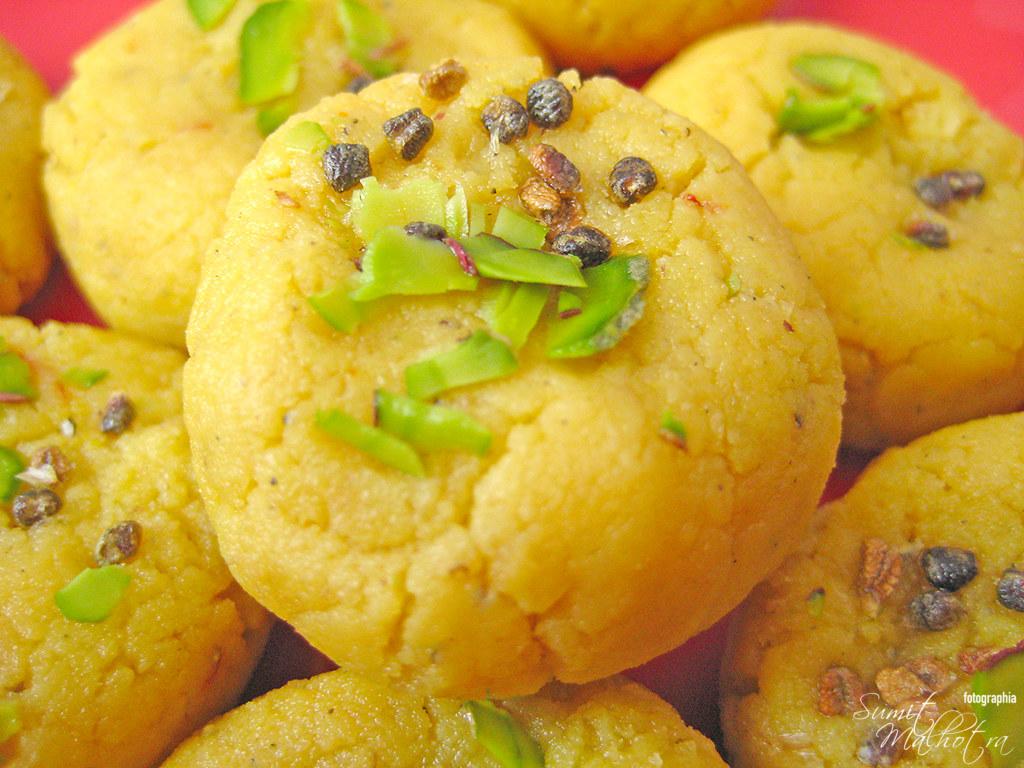 What are the ayurvedic properties of Saffron?

What can I use Saffron for?

Learn how to use Kesar (Crocus sativus L.) in your food & beverages.

How do I prepare Saffron for food?

Learn how to prepare Kesar (Crocus sativus L.) in your food & beverages.

How long does Saffron last?

Learn about how long does Kesar (Crocus sativus L.) last in storage.

Store saffron in an airtight container in a cool, dark place for up to six months for maximum flavour.

How do I store Saffron?

Learn about how to store Kesar (Crocus sativus L.).

Wrap the saffron threads in foil and place them in an airtight container. Store them in a cool, dark place for up to 6 months. For longer storage, keep the container of saffron in your freezer for up to 2 years.

Is there a substitute for Saffron?

Learn how to use a substitute for Kesar (Crocus sativus L.) if unavailable

Where do I buy Saffron from?

Where to Locate Kesar (Crocus sativus L.) in the Grocery Store?

Saffron is readily available in most large grocery stores and specialty markets. Due to its value, it may be stocked in a locked or secured area.

If you don’t see any on the shelf, ask the store attendants. You can also order it online via amazon.

What are the health benefits of Saffron?

The following are health benefits of Saffron (Crocus sativus L.) or Kesar 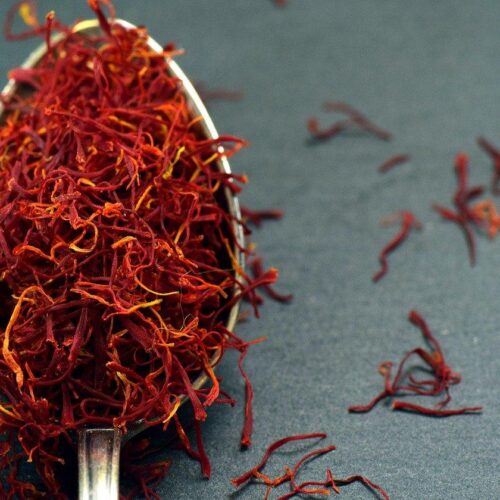 The yellow style is deeply divided into three branches and the stigmata are bright red.

Flowers are arising directly from the corms. Flowers have tri-lobed stigma, which along with the style tops yield the saffron of commerce.

Saffron is an ancient spice whose beneficial properties have been known for a long time.