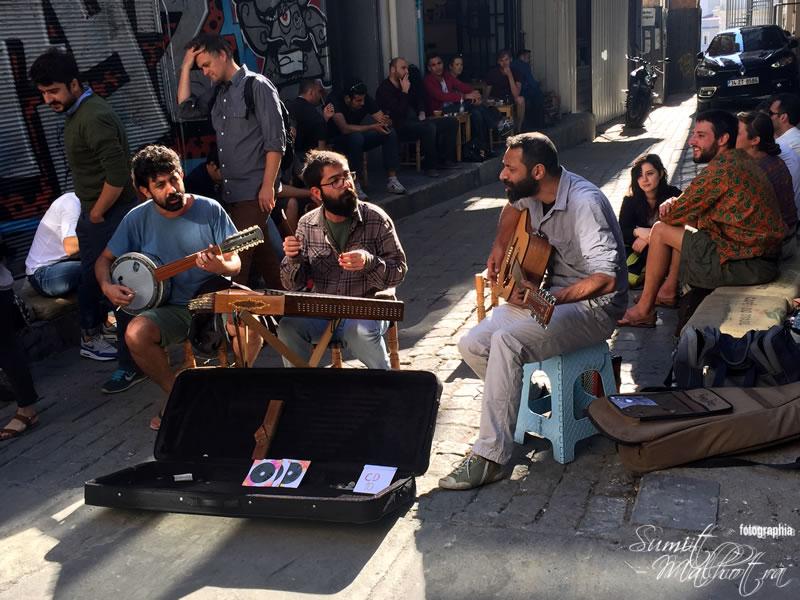 İstiklal Avenue or Istiklal Street or İstiklâl Caddesi is one of the most famous avenues or street in Istanbul, Turkey. This city centre street is visited by nearly 3 million people on a single day over the course of weekends. Istiklal street is located in the historic Beyoğlu (Pera) district of Istanbul, Turkey. 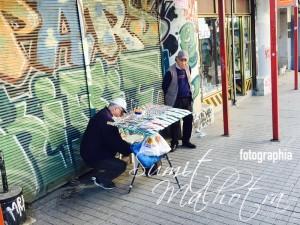 Indulge the fashionista side of yourselves at various fashion stores along with one of the oldest streets in Istanbul. Be aware of the infamous red tram operating at the centre of the main street. If we go along the main street all the way to the end, we can find Galata Tower facing the Bosphorus Strait.

The famed street starts from the medieval Genoese neighbourhood around Galata Tower and ultimately leads up to Taksim Square. Apart from preferred walking you can also tram it down from or to Taksim Square. The tram runs right through the centre of the cobblestone street. 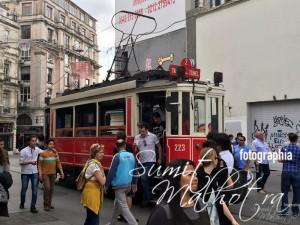 You can have many stops for many reasons, one of them will be to watch or listen to bands or solo street music players. It may be a good idea to go there by sunset or night to enjoy the life & energy of that place. However some conservatives people may find some senses unsuitable. But it’s their call entirely.

Since Istiklal street is so popular, one can see numerous street performers all through the walk. As I walked through this legendary street – often a centre of protests too, I couldn’t but help notice the struggle for livelihood by these street magicians, performers and artists.

In fact I am told that street performers are welcome on Istiklal street since it adds to the character of the street. Street performers are an essential part of the art scene in Istanbul, whether on streets or in public transportation and even subway stations. Young ones or elderly, these street musicians are a definite joy to one’s ears.

Istanbul is gigantic and diverse. A walk through the Istiklal street enhances your perception of Istanbul in its contemporary side.

Istiklal Street (or Istiklal Caddesi, as the locals call it), is the main drag which cuts across the Beyoglu area, which can rightly be called the heart of modern Istanbul. This is a pedestrian street, running roughly north-east to south-west, and is just a little over a kilometre in length.

Wonderful for people watching, and very photogenic. There are plenty of interesting buildings to admire. At its northern end is Taksim Square, there is a smaller one, Galatasaray Square roughly in the middle, and at the southern end is the Tunel Square.

I would recommend you walk north to south and take a ride on the Tunel (which is a historic underground funicular) to the Istiklal Street.

An antique tram goes along the whole length of this pedestrian street. No danger of getting run over, the tram goes really slow. I did not take the tram, as I was short of time. There are plenty of other sights along the street, or near it (the Pera Museum and the Fish Market are two well-known attractions). Sadly for me, I had no time to see these.

This street is easily negotiable with a stroller. Plenty of shops and restaurants, some of them are quite fancy. Very very clean. And as everywhere in Turkey, people are so friendly, you could stop a local and ask questions. In short, definitely worth a visit!

Some captures from Istiklal Street, Istanbul 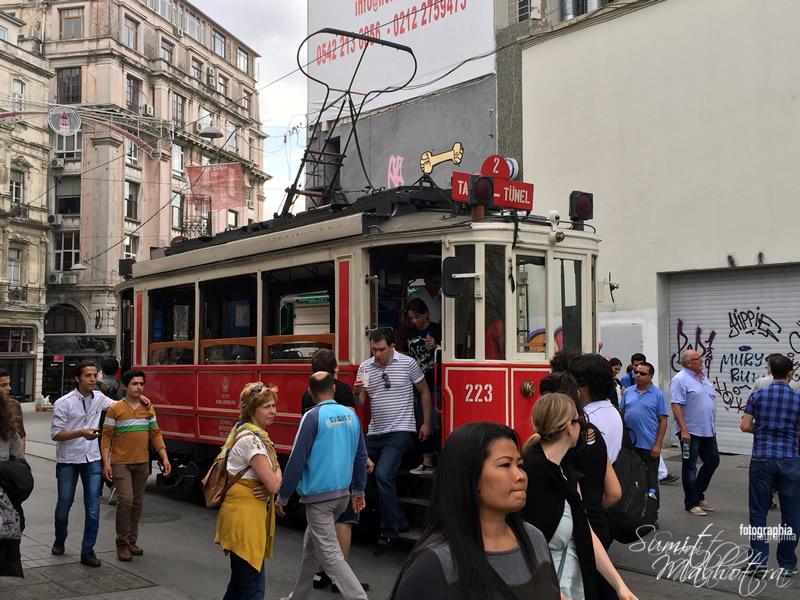 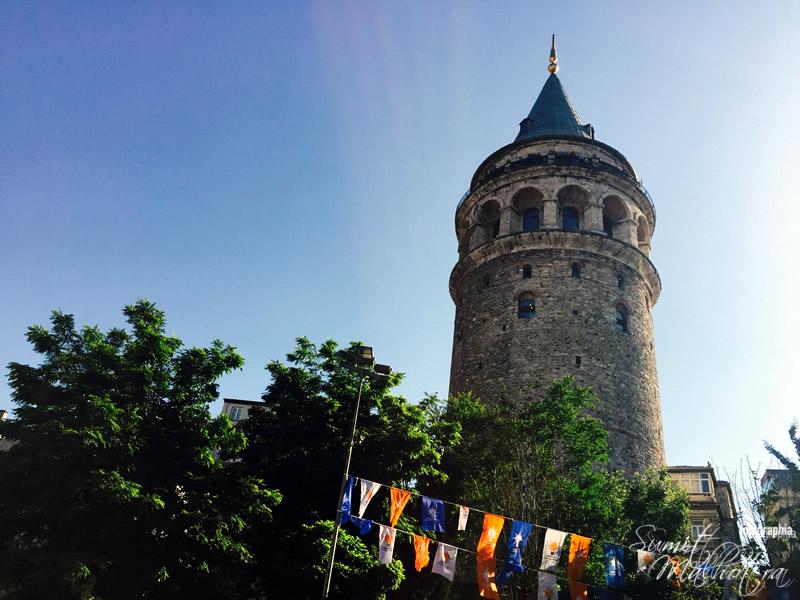 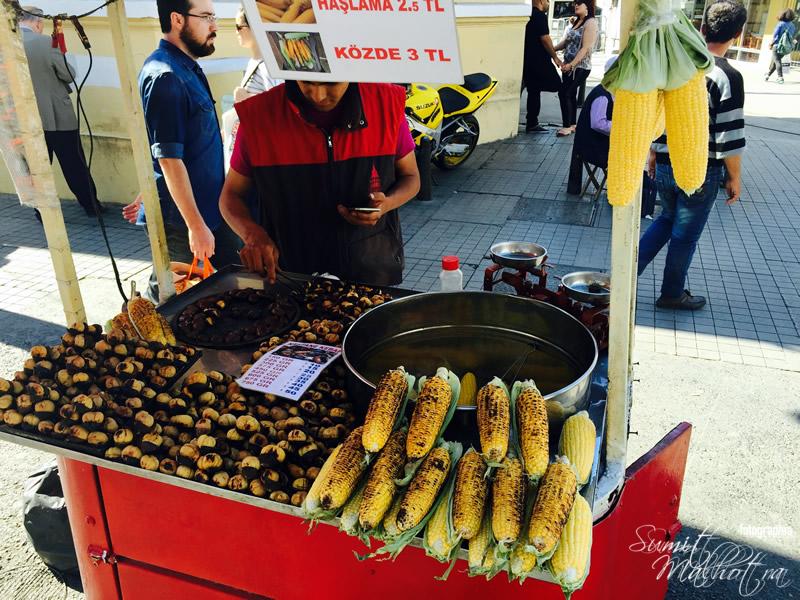 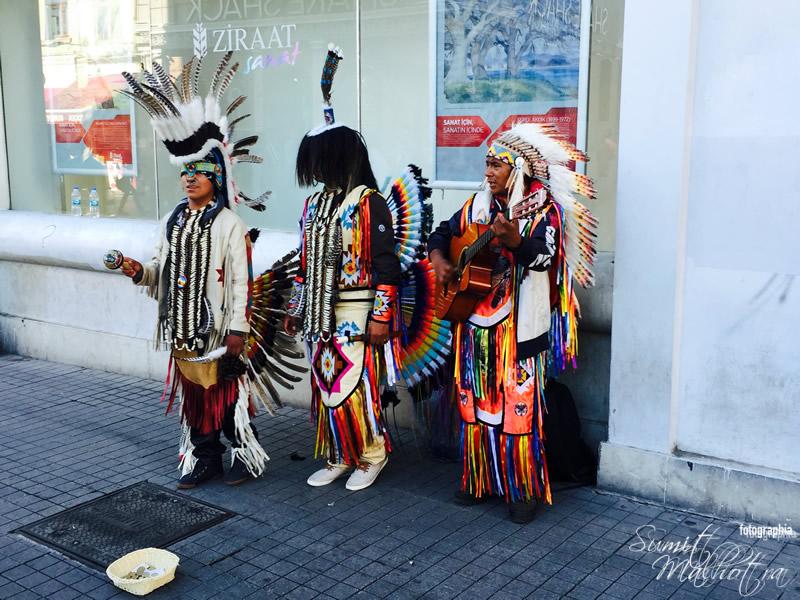 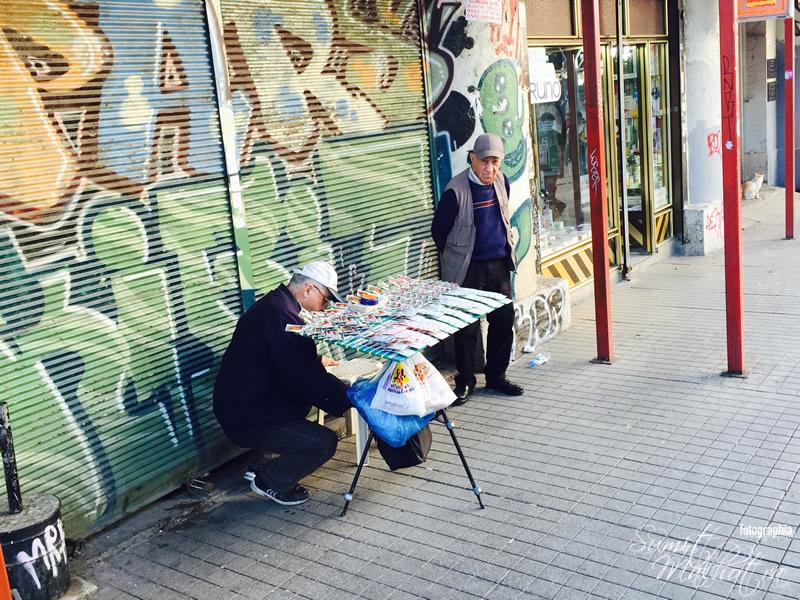 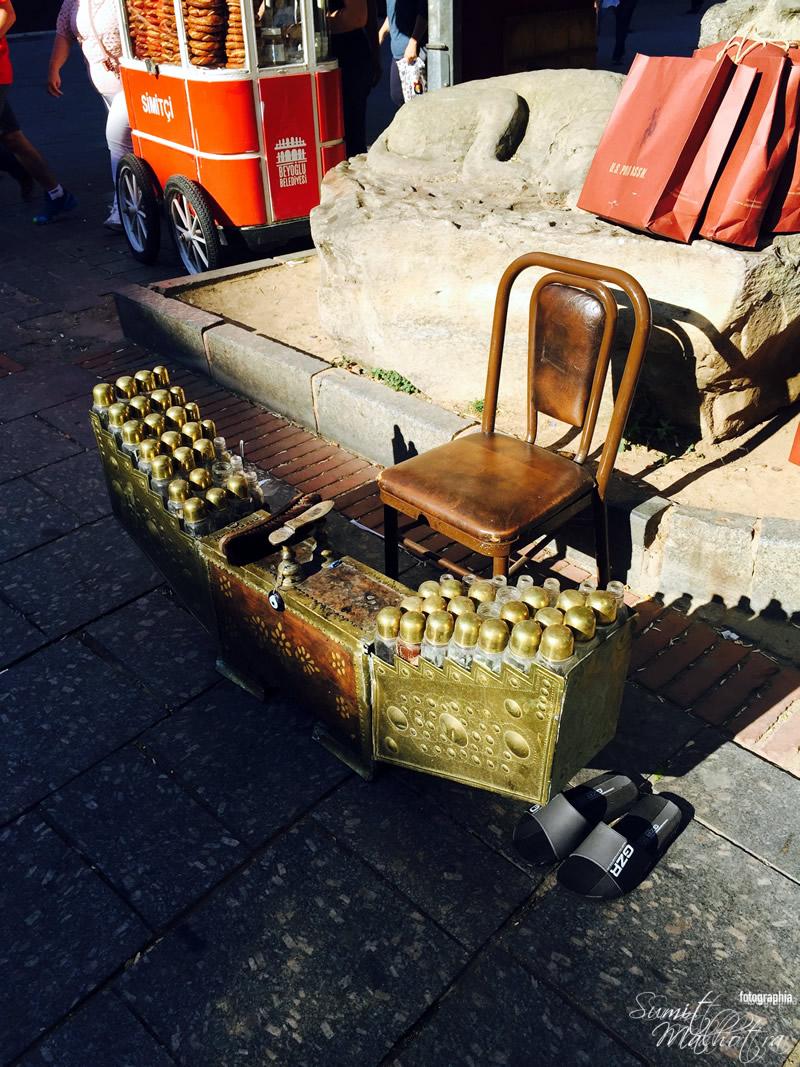 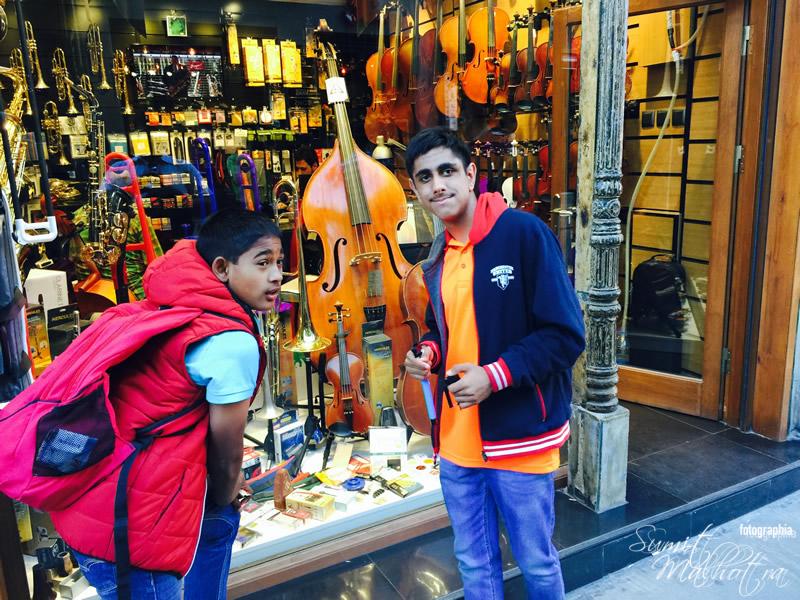 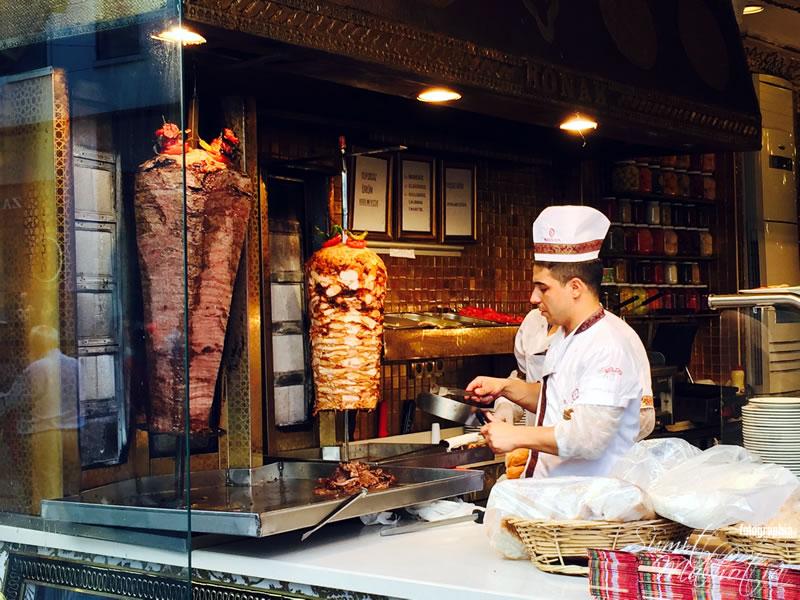 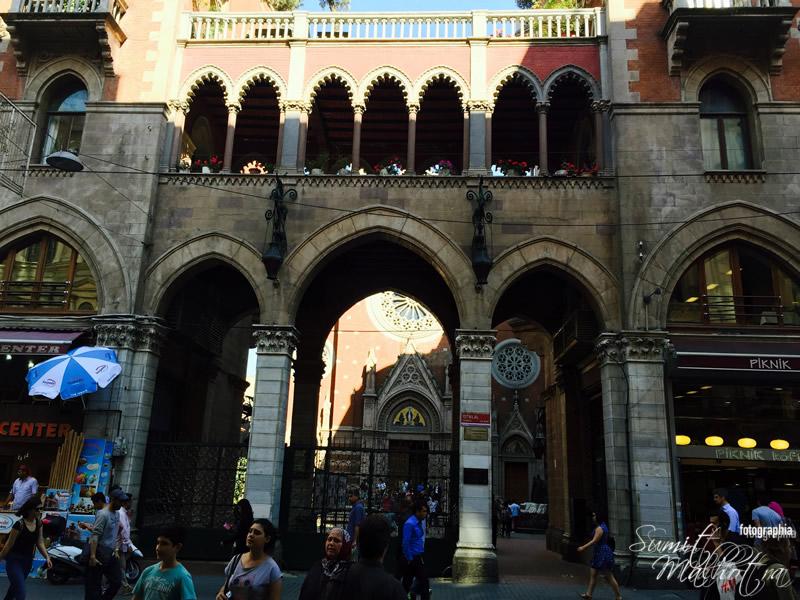 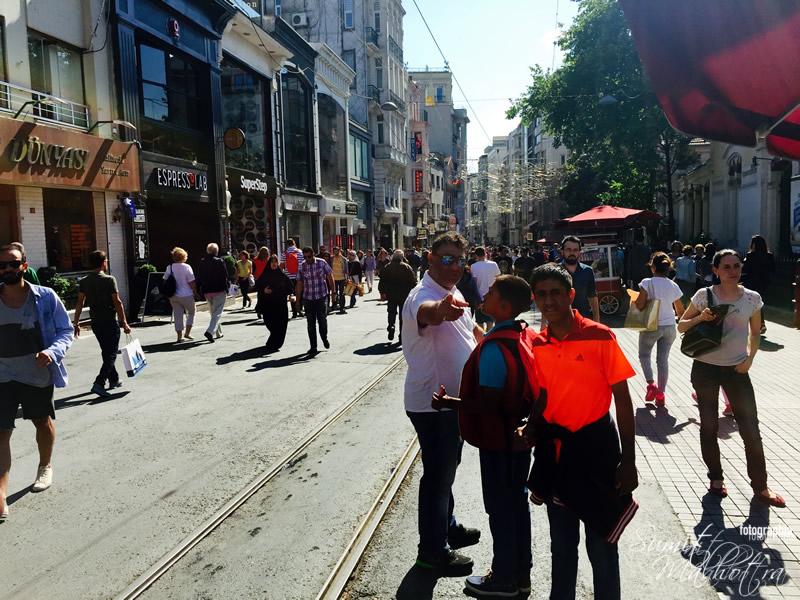 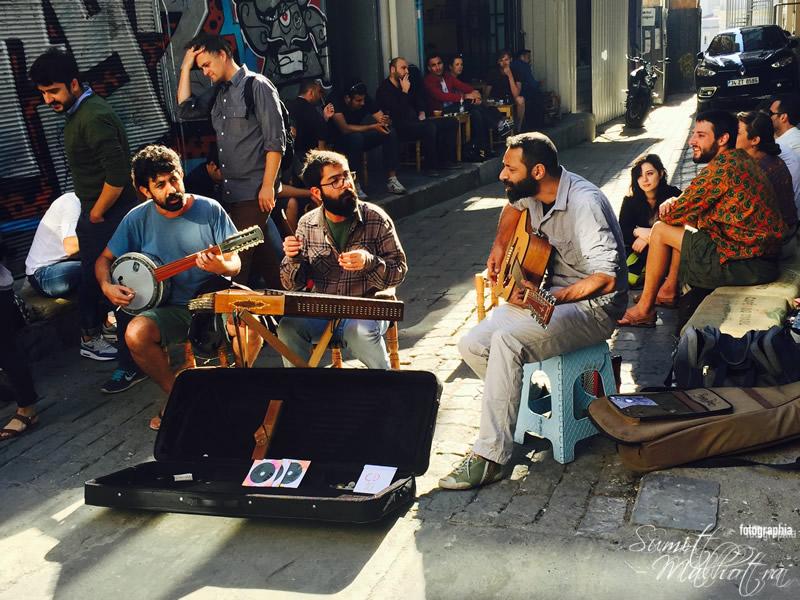 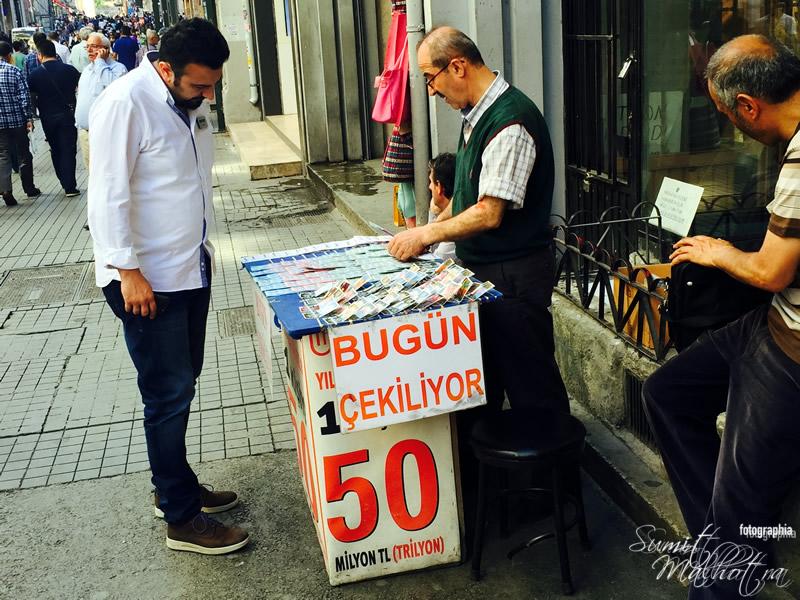 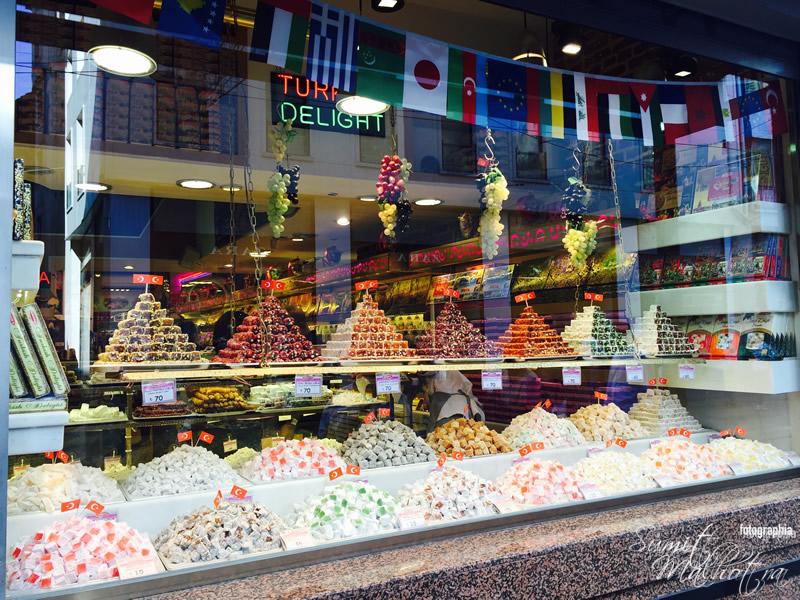