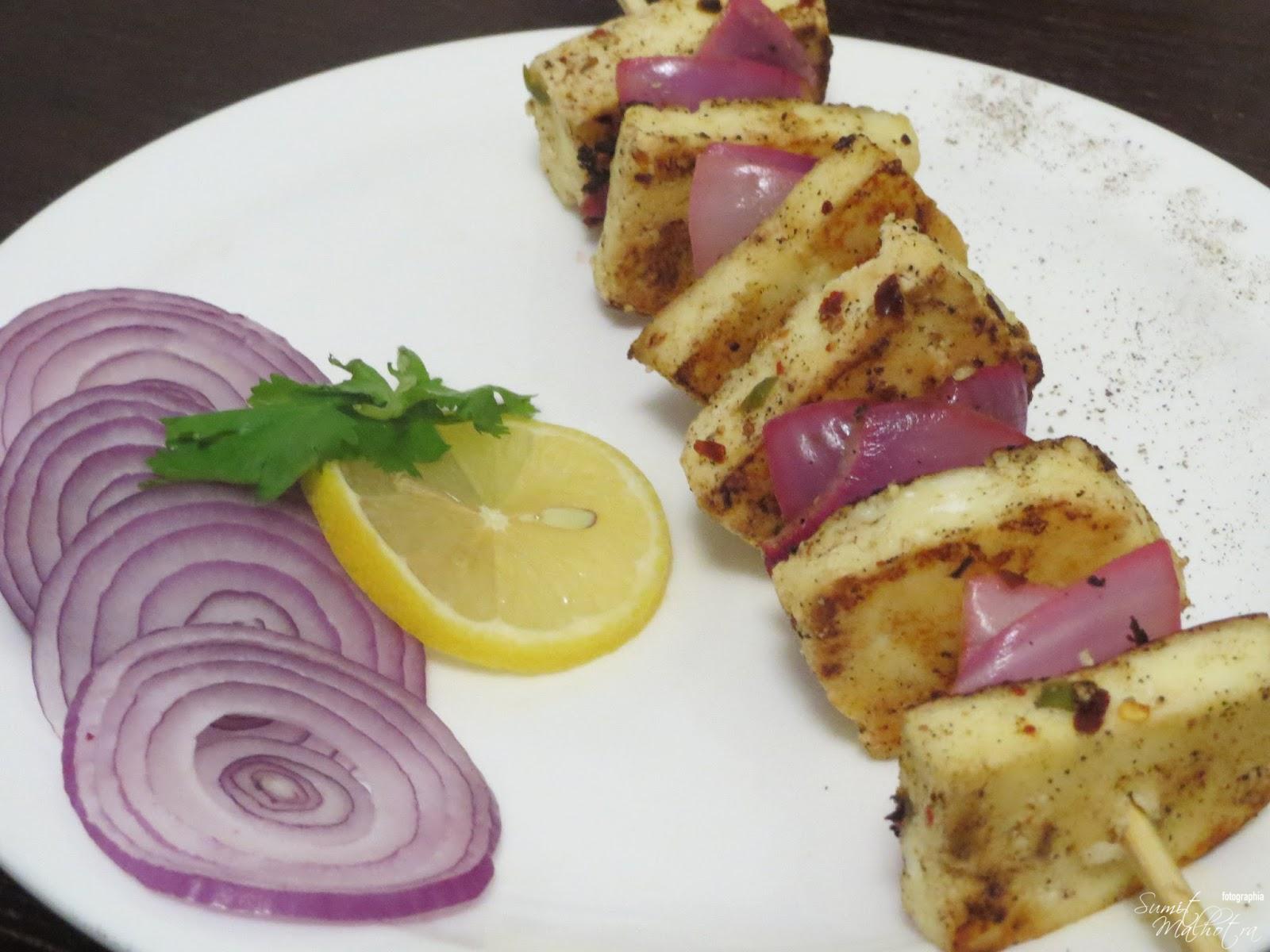 Paneer Kali Mirch recipe is essentially a recipe of cottage cheese cubes marinated in black pepper and lightly fried with vegetables like onions and capsicum.

Kali mirch or Black Pepper is one of the most frequently used spices all over the world. Health benefits of black pepper are immense, hence their popularity.

Here is the recipe for Paneer Kali Mirch or Black Pepper Cottage Cheese that is really simple and snappy to make. It is loved by all vegetarians because of a great combination that paneer and black pepper offer.

Paneer Kali Mirch is one of the easiest and super tasty recipes of paneer that is loved by all. This recipe is very easy to make and yet very delicious. It doesn’t require any special ingredients or any tedious cooking techniques.

The aroma and flavour of the freshly ground black pepper in Paneer Kali Mirch will surely linger your taste buds. Since the black pepper is the outstanding flavour in this paneer recipe, it also makes it hot.

Paneer Kali Mirch brings about a nice change from normal paneer recipes. It is a perfect food for a special weekday dinner. It is relatively easy to put together and goes well as a starter.

How to make Kali Mirch Paneer Recipe or Pepper Paneer?

Cut paneer and onion into cubes, rectangles or triangles. The choice of paneer cut is yours. 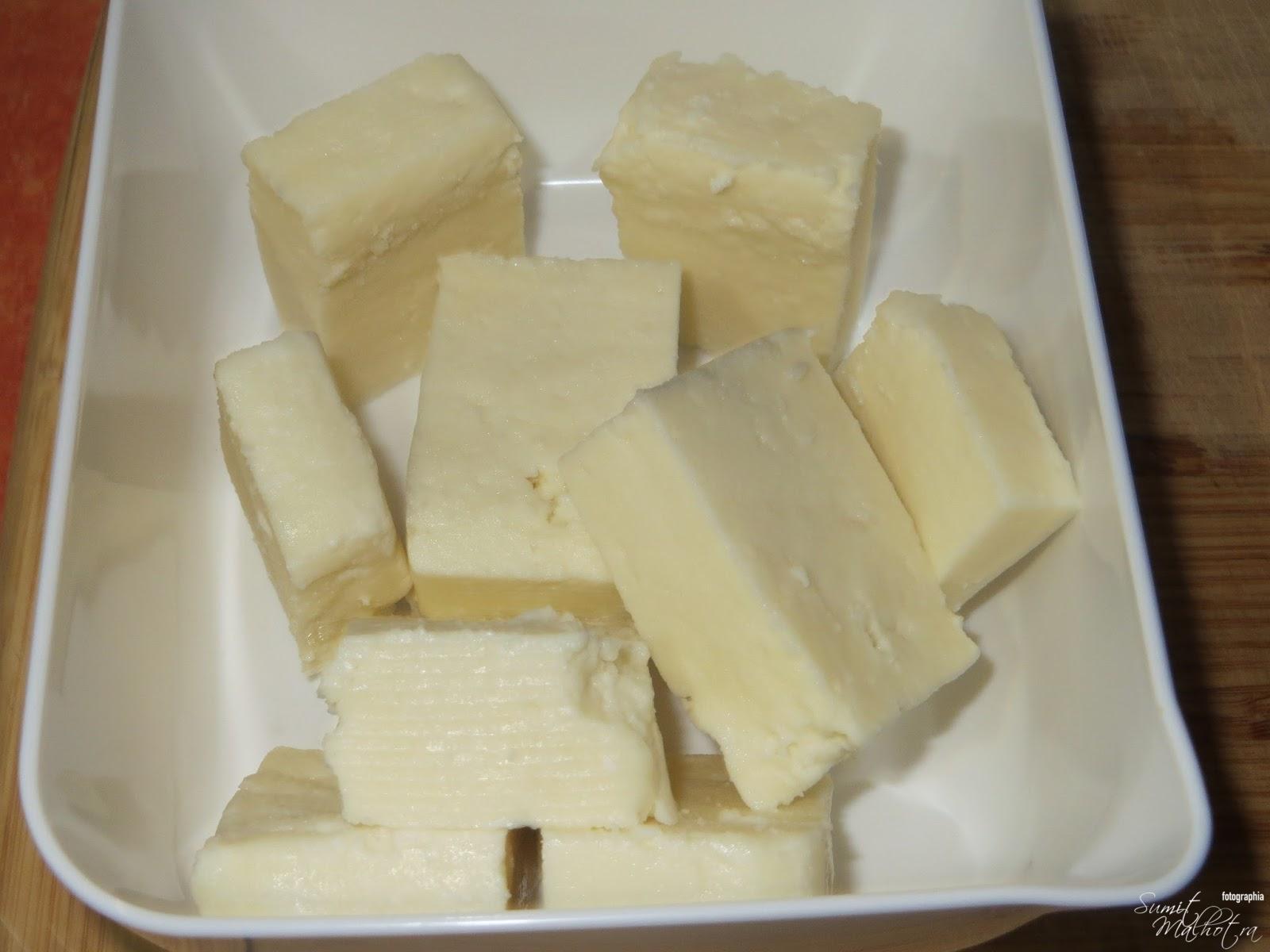 Cut paneer and onion into cubes, rectangles or triangles. The choice of paneer cut is yours.

Take paneer & onion cubes in a large mixing bowl, and marinate with chopped green chilli, black pepper powder, chilli flakes, salt and lemon juice. Mix it well and keep it aside for 15 min. 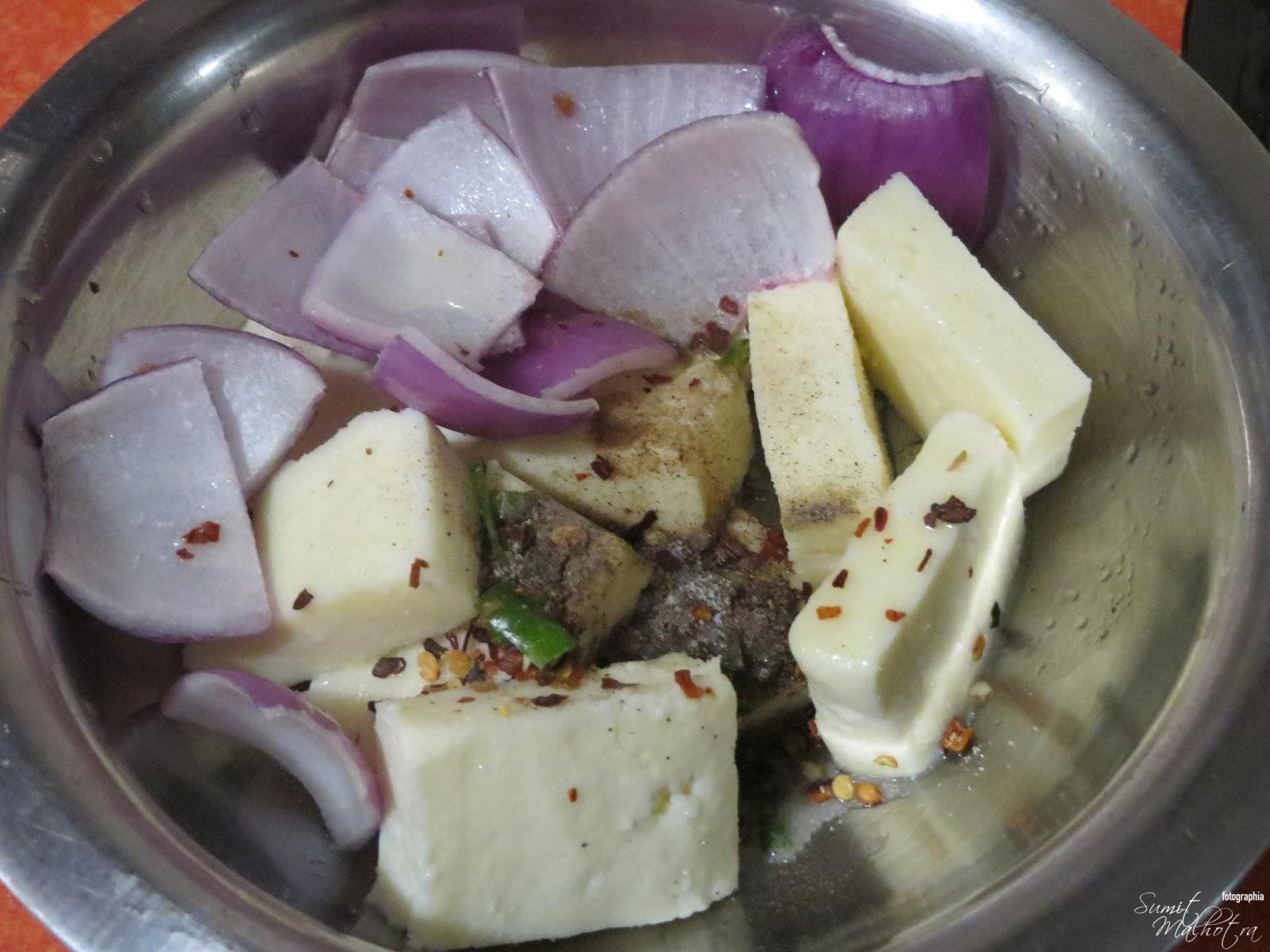 Heat a non-stick pan on medium flame, drizzle 1 tsp of olive oil and place the paneer and onion cubes on the pan. 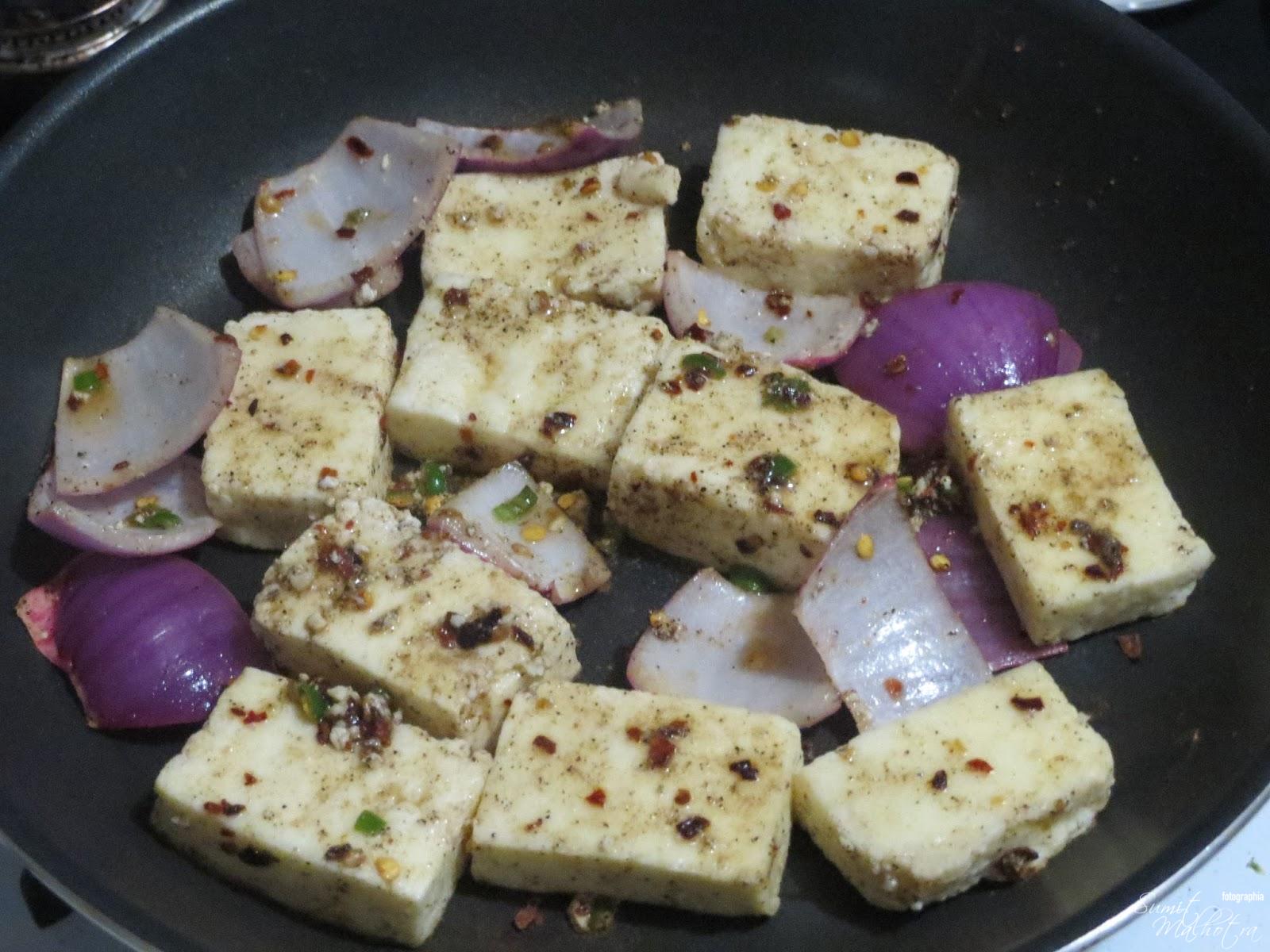 Heat a non-stick pan on medium flame, drizzle 1 tsp of olive oil and place the paneer and onion cubes on pan.

Paneer kali mirch is ready to be served.

Add Gravy to Paneer Kali Mirch: These succulent paneer cubes can further be simmered in yoghurt and onion based gravy. You can flavour it with the freshly ground spices make this evolutionary dish simply irresistible.  It is a great twist to the regular sweet and spicy curry dishes of paneer.

The aroma and flavour of the freshly ground black pepper in creamy and delicious Paneer Kali Mirch will surely linger your taste buds.

This recipe works very well as a starter. For the main meal, it pairs well with Paratha, Naan, Pudina Naan or with simple Jeera Rice. For more paneer recipes you can also check interesting recipes of Paneer Masala, Palak Paneer, Kadai Paneer.

To make it richer and tastier, you can replace vegetable oil with ghee. 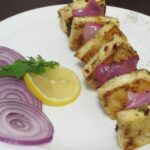 This recipe for Paneer Kali Mirch or Black Pepper Cottage Cheese is really simple and snappy to make. It is loved by all vegetarians because of a great combination that paneer and black pepper offer. Have it as a starter for a fabulous evening.