All About Coriander | Know Your Spice Dhaniya (Coriandrum sativum) 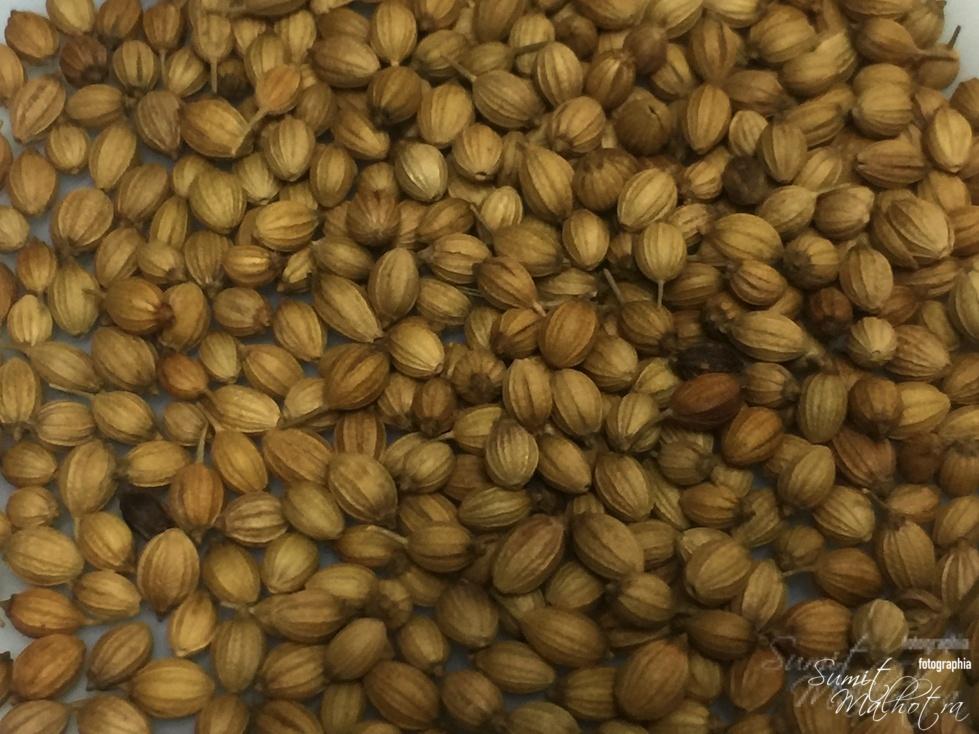 Health Benefits of Coriander Seeds are numerous. And, so is its value in feed. It is pleasant, aromatic and spicy.

Its seeds have been found utility since ancient times in cooking as well as in various traditional medicines.

Dhaniya seeds are one such spice that is used in most Indian dishes because of its flavourful, cooling and medicinal properties.

Needless, to say that not just culinary, health benefits of coriander seeds are also miraculous.

What are the other names of Coriander?

The names of coriander seeds in other languages are given below.

What exactly are coriander seeds?

Get to know more about coriander seeds or dhania (Coriandrum sativum)

The leaves are variously referred to as coriander leaves, fresh coriander, Chinese parsley, or (in the US and commercially in Canada) cilantro.

Coriander or Cilantro is the leaf of this same plant and surprisingly, its flavour is vastly different from that of the seeds. 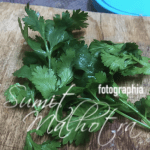 All parts of the plant are edible, but the fresh leaves and the dried seeds (as a spice) are the parts most traditionally used in cooking.

Coriander is native to regions spanning from Southern Europe and Northern Africa to Southwestern Asia. It is a soft plant growing to 50 cm (20 in) tall.

The leaves are variable in shape, broadly lobed at the base of the plant, and slender and feathery higher on the flowering stems.

What is the nutritional value of coriander or coriander seeds?

Coriander or cilantro is a wonderful source of dietary fiber, manganese, iron and magnesium as well.
In addition, coriander leaves are rich in Vitamin C, Vitamin K and protein.

What is the chemical composition of coriander & coriander seeds?

In the ripe fruits, the con­tent of essen­tial oil is com­parably low (typic­ally, less than 1%).

In toasted coriander fruits, pyrazines are formed as the main flavour com­pounds.

The taste of the fresh herb is due to an es­sen­tial oil (0.1%) that is al­most en­tire­ly made up of ali­phatic al­dehydes with 10 to 16 carbon atoms.

One finds both saturated (decanal) and α,β unsaturated (trans-2-tridecenal) aldehydes; the same aldehydes appear in the unripe fruits.

What is the history of coriander & coriander seeds?

Coriandrum sativum, known as coriander, is native to & today it is cultivated widely in Central and Eastern Europe, the Mediterranean, North Africa, China, India, & Bangladesh.

Folklore says it was grown in Persia 3,000 years ago and used to fragrance the hanging gardens of Babylon.

Its use by the Romans and by Hippocrates and other Greek physicians is documented. The Chinese have cultivated coriander since the fourth century.

Its use in India and Europe dates back to ancient times. The name ‘coriandrum’ is derived from koros, a bug, referring to the disagreeable fetid smell of the leaves.

Coriander seeds were found in the tombs of Egyptian pharaoh Ramses II and used in ancient Egypt as ‘secret of happiness’ (an aphrodisiac).

In history of Hebrews, the seed was considered as a gift from God and was added to drinks during Passover and was used by Hippocrates as a healing herb.

Pliny mentioned that the highest quality coriander to be found in Italy was that which was grown in Egypt.

The British mixed coriander with cumin and vinegar and used to preserve meat. Farmers in the Essex, England region refer to coriander by the name of Col.

What are the uses of coriander seeds or dhaniya?

How are coriander seeds or dhaniya (Coriandrum sativum) used?

Coriander seeds or Sookha dhaniya is an important Indian spice that not only makes your food delicious but has numerous health benefits.

What is the taste of coriander or dhaniya?

There is much dis­agree­ment about the flavour of co­riander leaves, roots and un­ripe fruits. There are two camps – those who like it and those who do not.

How Much Coriander or Dhaniya Should I Use?

What is the the recommended quantity of coriander or dhaniya for a day?

What are the ayurvedic properties of coriander or dhaniya?

Coriander is used as an Ayurvedic medicine used for several diseases of the digestive, respiratory, circulatory and reproductive system.

In Ayurveda, it is used because of its carminative, digestive stimulant, antacid, astringent, diuretic actions.

What can I use coriander for?

Learn how to use coriander seeds or sookha dhaniya (Coriandrum sativum) in your food & beverages.

How do I prepare coriander for food?

Learn how to prepare coriander or dhania (Coriandrum sativum) for your food & beverages.

Can you eat all parts of coriander?

What parts of coriander or dhania (Coriandrum sativum) plant are used for food & beverages.

Coriander or Dhania is an entirely edible plant.

How long does coriander last?

Learn about how long does coriander or dhaniya (Coriandrum sativum) last in storage.

How do I store coriander?

Learn about how to store coriander or dhaniya (Coriandrum sativum).

Is there a substitute for coriander or dhania?

Where do I buy coriander or dhania from?

Where to Locate Coriander or Dhaniya (Coriandrum sativum) in a Grocery Store?

Fresh coriander is usually found in the vegetables aisles of a grocery store.

What are the health benefits of coriander?

Some of the health benefits of dhania or coriander seeds (Coriandrum sativum) are traditionally known for, including promoting digestion and reducing food-borne infections.

Others health benefits of dhaniya include promoting weight loss and improving blood sugar control and cholesterol. 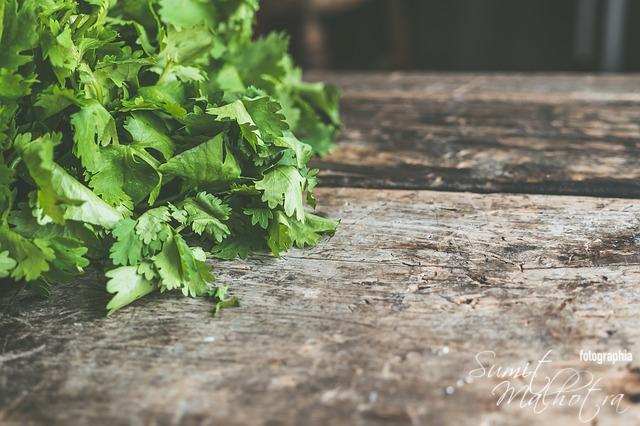 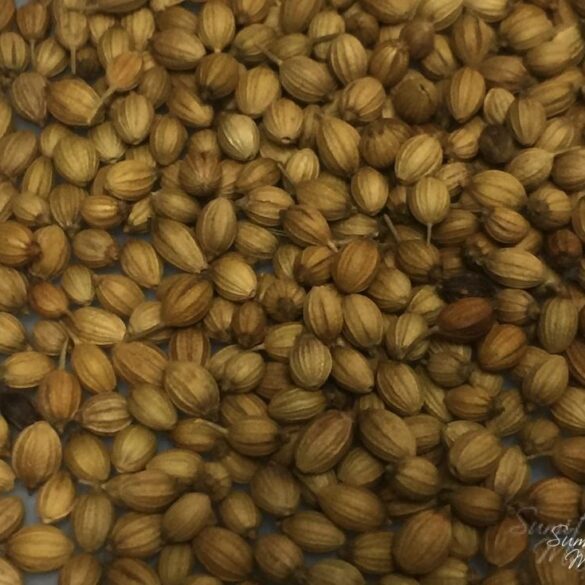 Health Benefits of Coriander Seeds are numerous. And, so is its value in feed. It is pleasant, aromatic and spicy.

Its seeds have been found utility since ancient times in cooking as well as in various traditional medicines.

Dhaniya seeds are one such spice that is used in most Indian dishes because of its flavourful, cooling and medicinal properties.

Needless, to say that not just culinary, health benefits of coriander seeds are also miraculous.

This article is for information only.

This article is for general information only and should not be used for the diagnosis or treatment of any medical condition/s.

#Read - All About Onions | Know Your Vegetable & Spice Pyaz (#AlliumcepaLinn) - #Onion is the most widely cultivated #species of the genus #Allium. Onion is a border­line case between #spices & #vegetables. Find out more about #onions gosumitup.com/all-ab…

Read All About Cinnamon | Get to Know Your #Spice Dalchini (Cinnamomum verum) - Find its #history, #uses, #benefits & how to use with #recipes gosumitup.com/all-ab… #Cinnamon #Dalchini #Cinnamomumverum #Cinnamomum #Ceyloncinnamon #Truecinnamon