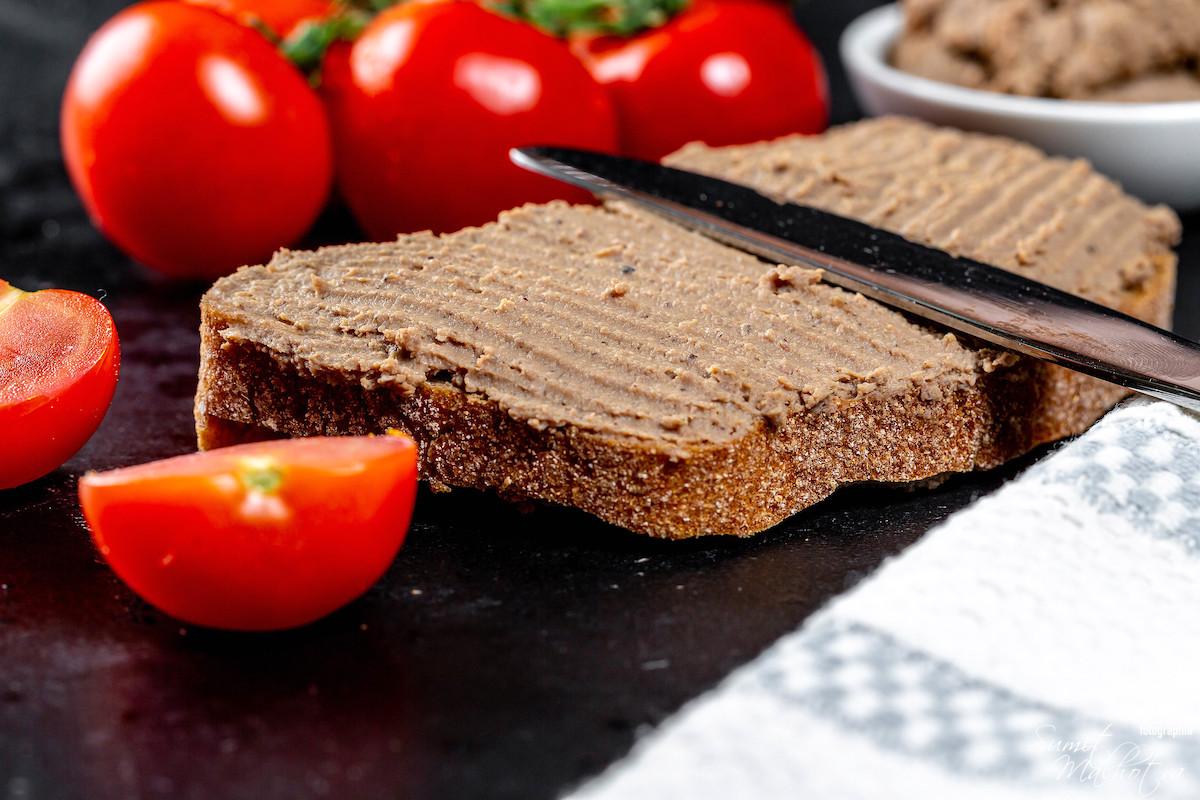 How to make Chicken Liver Pâté at home from scratch?

It is blended smooth to spread on bread or crackers. Also known as Pâté de fois de volaille — it may look atrocious to you, but it tastes really great! 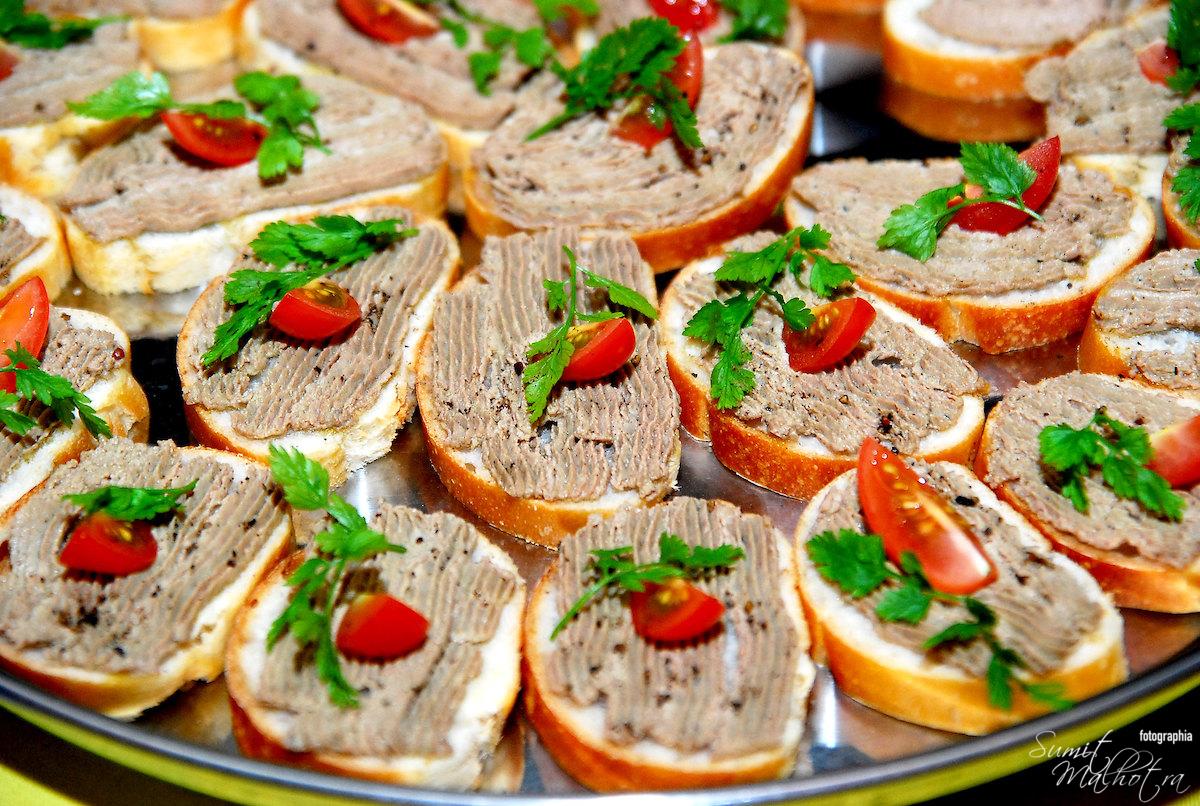 I have always had a great fetish for chicken liver. When a whole chicken is cooked, I usually go hunting for the chicken liver first before hitting on other pieces.

While we can do chicken liver fry in lip-smacking Indian masala style, a chicken liver pâté takes this humble organ to a completely different level.

In fact, this is one of those instances where you pity the fool who refuses to eat something because it doesn’t look appetising. And then you’re secretly happy, because that means there’s more for you.

But it’s worth setting aside any reservation you may have about liver. This pate doesn’t have any of that overly-irony flavour that you might have on your mind.

Instead, it’s smooth and delicately rich. Plus even better, it’s easy and very cost-effective to make.

I have always loved eating the buttery chicken liver pâté at Basil & Thyme restaurant in New Delhi and have not been able to easily resist this magic of elegant smooth velvet.

Basil & Thyme Delhi, located in Santushti Complex (opposite Ashok Hotel in Chanakyapuri) was one of the first stand-alone Continental restaurants in Delhi.

Their Chicken Liver Paté is easily the best in town as claimed by many at both of their outlets – Chanakyapuri & Sunder Nagar.

They are only operating their Restaurant in Sunder Nagar now and offer a selection of European dishes presented in a casual, elegant setting with modern artwork.

Foie gras (the French term for fatty liver) is a duck or goose liver fattened upto 10 times its normal size. This is done by force-feeding birds to enlarge their livers. This labour-intensive process is known as gavage (French for force feeding).

Many animal rights activists describe the process as cruel & torturous. Hence, In 2006, Chicago became the first city in the USA to enact a ban against restaurants serving the dish, but the ban was repealed two years later.

Me & My Story of Chicken Pate

There is always a story whatever you do. 🙂

Just as I was getting ready to play host to a few friends, on an impulse I asked my meat supplier to pack a lot of chicken livers with other goodies he was getting set to deliver.

The liver came in with other meats and all forgotten sat pretty in the freezer while the other stuff got cooked. I discovered the package only a week later and immediately started craving for a chicken liver pâté.

A little research on the internet and a few tweaks in my mind got me working to get the chicken liver pate on its way.

You can have this simply as a light (really!) supper or a sandwich/cracker spread made with chicken livers. It takes less than a half-hour to prepare, and firm ups in the refrigerator in a few hours.

This great hors d’oeuvre can be made at home easily within minutes and goes very well with an array of cheese and wine. It tastes magical when smeared liberally on toasted bread or crackers of all kinds too.

The following recipe is amazingly simple and takes just minutes to make if you have all the ingredients handy.

How to make pâté de fois de volaille at home? 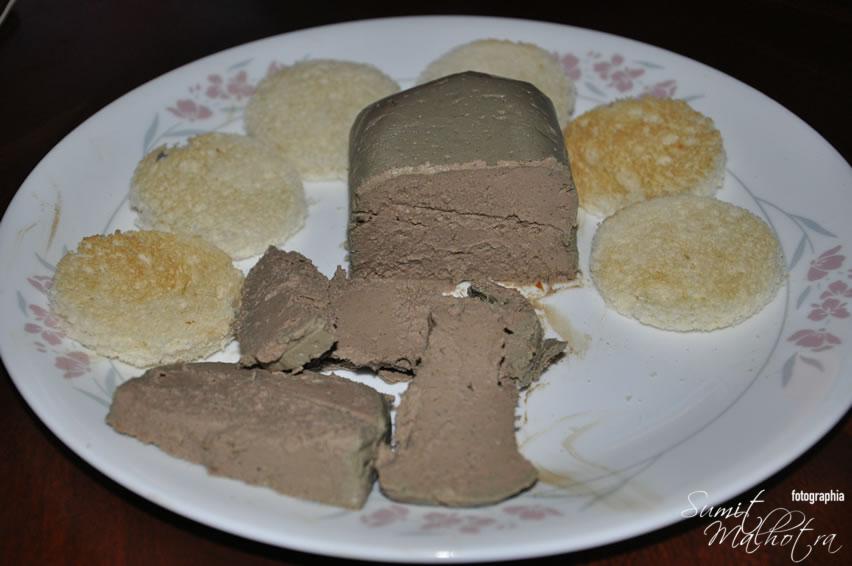 Things to do to make a perfect and non-grainy chicken liver pate.

How to Store Chicken Liver Pate?

Can I Freeze Chicken Liver Pate?

The top of the pate will quickly discolour when it is exposed to the air. To keep it better it’s advisable adding a layer of clarified butter (ghee).

For longer storage, you can freeze it for a couple of months though make sure it is well sealed in airtight ramekins. This way you’ll only need to open one at a time.

What do I serve chicken liver pate with?

How to Serve Chicken Liver Pate?

Pate can be eaten as a lunch dish, an evening starter or, possibly, a main component in “Tea party”. 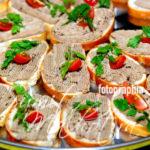 Chicken Liver Pâté is dangerously easy, inexpensive and luxurious. It can be easily made with butter, onions, garlic, brandy, and thyme. It is blended smooth to spread on bread or crackers.

This great hors d’oeuvre goes very well with an array of cheese and wine. It tastes magical when smeared liberally on toasted bread or crackers of all kinds too.

But it’s worth setting aside any reservation you may have about liver. This pate doesn’t have any of that overly-irony flavour that you might have on your mind.

Instead, it’s smooth and delicately rich. Plus even better, it’s easy and very cost-effective to make.

Liked This One, Do Checkout Some More Recipes with Offals