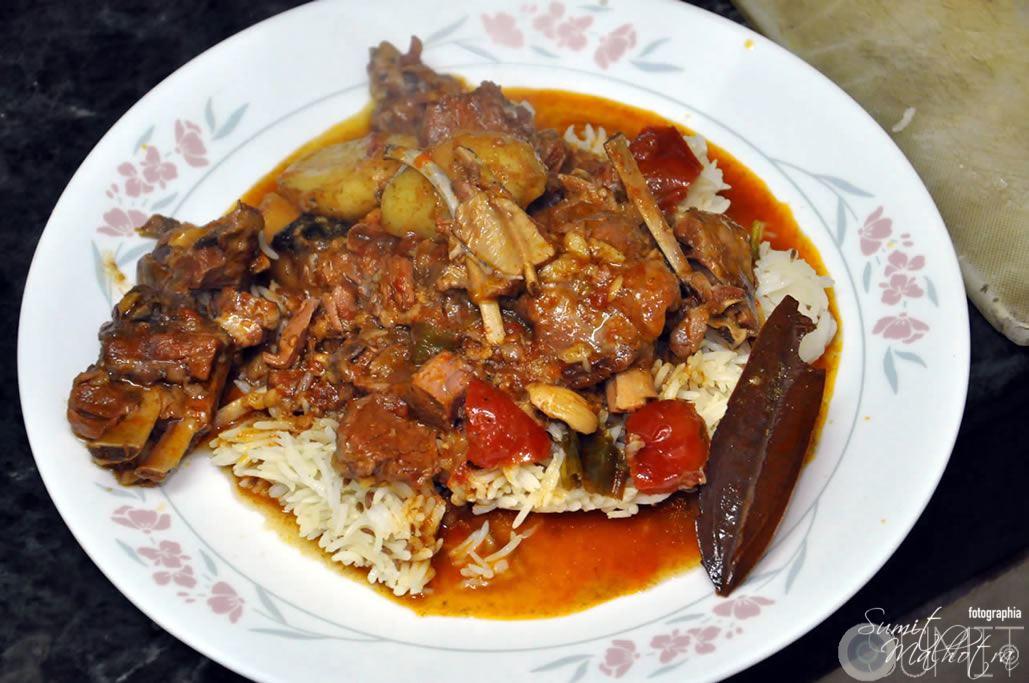 It is always better if there is a story behind the food. It makes things interesting. Even more interesting is how humans can suddenly display behaviour of the utmost astonishment at times unexpected. A conversation with Jayita Sen Sengupta on the British Lord Macaulay stemmed out. It was from a post on my Facebook page which was untrue for the most part it seems. 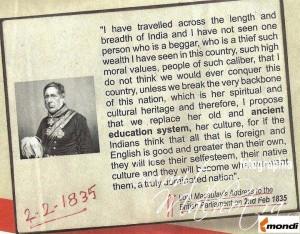 Seems to be a forgery

A bit of History: Lord Thomas Babington Macaulay, 1st Baron Macaulay was Secretary to the Board of Control under Lord Grey from 1832 until 1833. After the passing of the Government of India Act 1833, he was appointed as the first Law Member of the Governor-General’s Council. He went to India in 1834 and served on the Supreme Council of India between 1834 and 1838.

Later on, he introduced English medium education in India through his famous Minute on Indian Education of February 1835. This called for an educational system to create a class of anglicised Indians who would serve as cultural intermediaries between the British and the Indians. This Minute actually brought to an end a lively debate on the appropriate language for education and administration.

Macaulay thereby succeeded in implementing ideas previously put forward by Lord William Bentinck, the governor-general from 1829, who, inspired by utilitarian ideas and calling for “useful learning,” had favoured the replacement of Persian with English as the official language, the use of English as the medium of instruction, and the training of English-speaking Indians as teachers.

It seems while he did considerable damage to the indigenous languages, he did not make the speech in the image alongside.

While having this conversation, Jayita Sen Sengupta, an accomplished foodie, amazing cook and a good soul that she is, slipped a variant (I did some custom work) of Goulash style Indian Mutton Curry recipe to me. All this while checking how come I was not cooking much and what was I up to workwise.

The Punjabis are expected to cook at all times and that too either mutton or chicken for everyone else’s happiness.

The recipe was a very Goulash style yet Punjabi and definitely the Indian Mutton Curry. As per Jayita, it would get ready in no more than 40 minutes if pressure cooked. Splendid! Just what I needed when my good friend Rahul S Deshpande was gorging on meaty treats from Kake Da Hotel and tempting me with photos on Whatsapp.

Hence inspired, at 9 PM in the biting cold of Gurgaon, the Punjabi in me made me get out to purchase the raw material for this meaty sojourn. The recipe of this spicy and really aromatic Jhatpat Goulash style Indian Mutton Curry follows below.

What do you need for Jhatpat Mutton – Goulash Style Indian Mutton Curry? 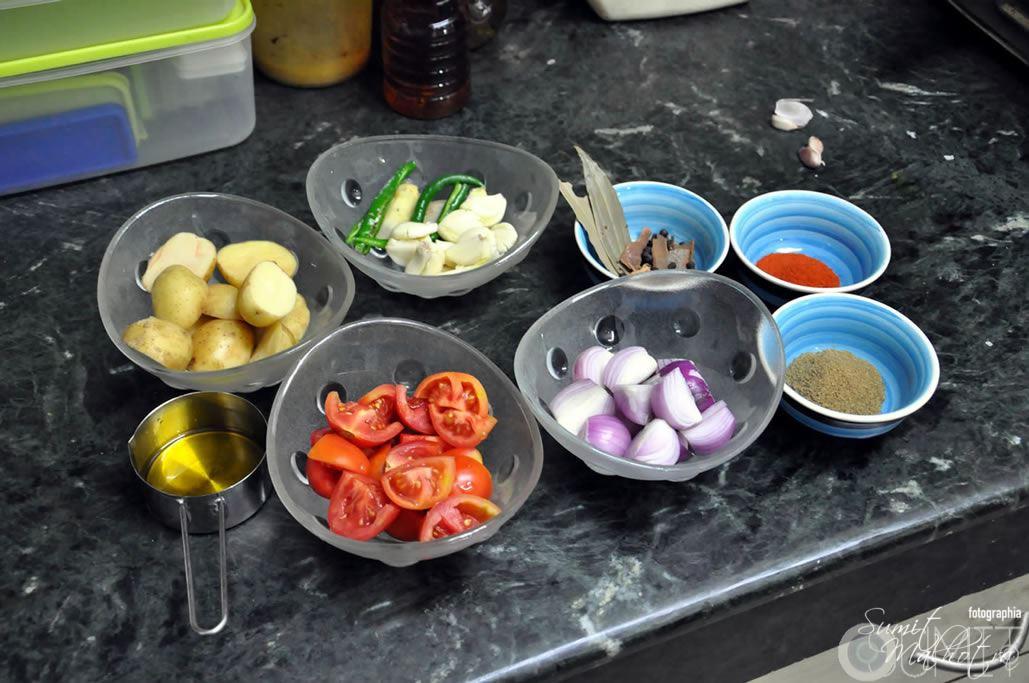 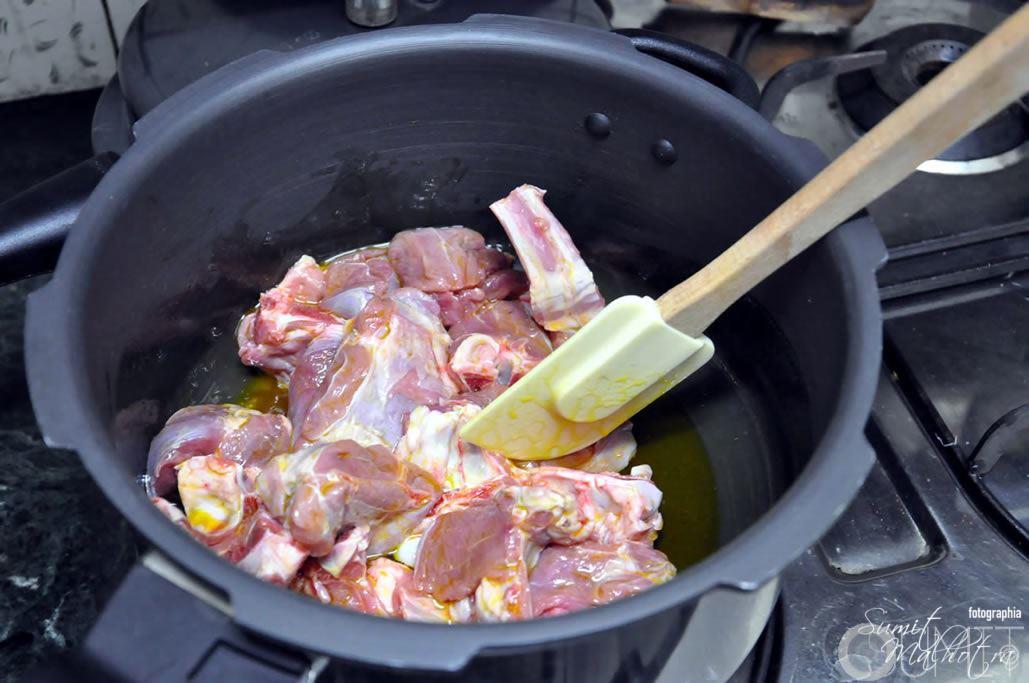 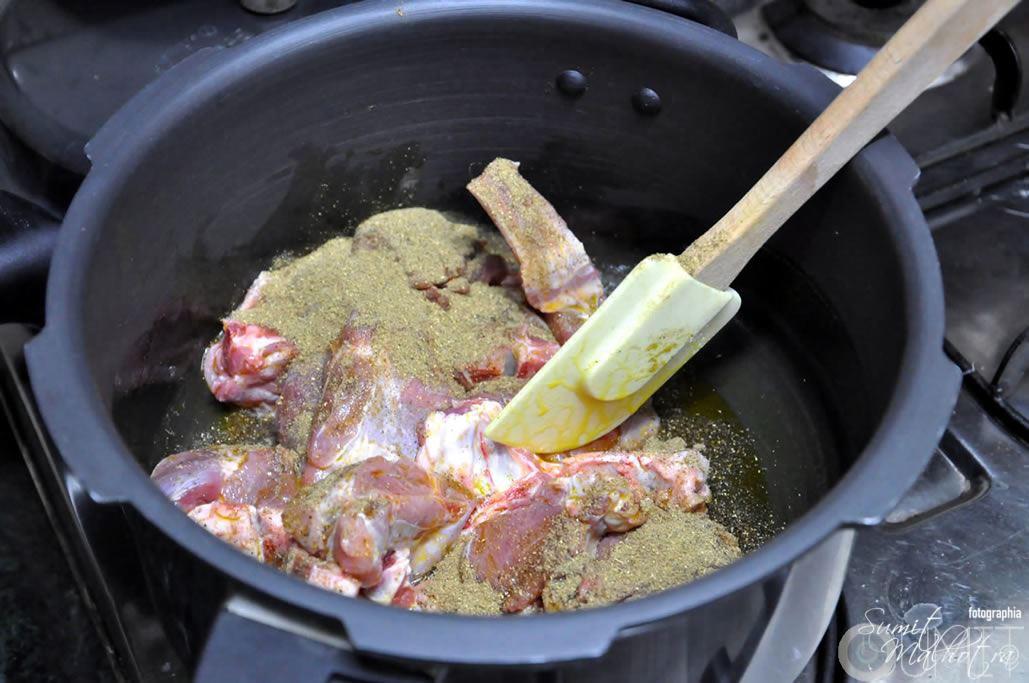 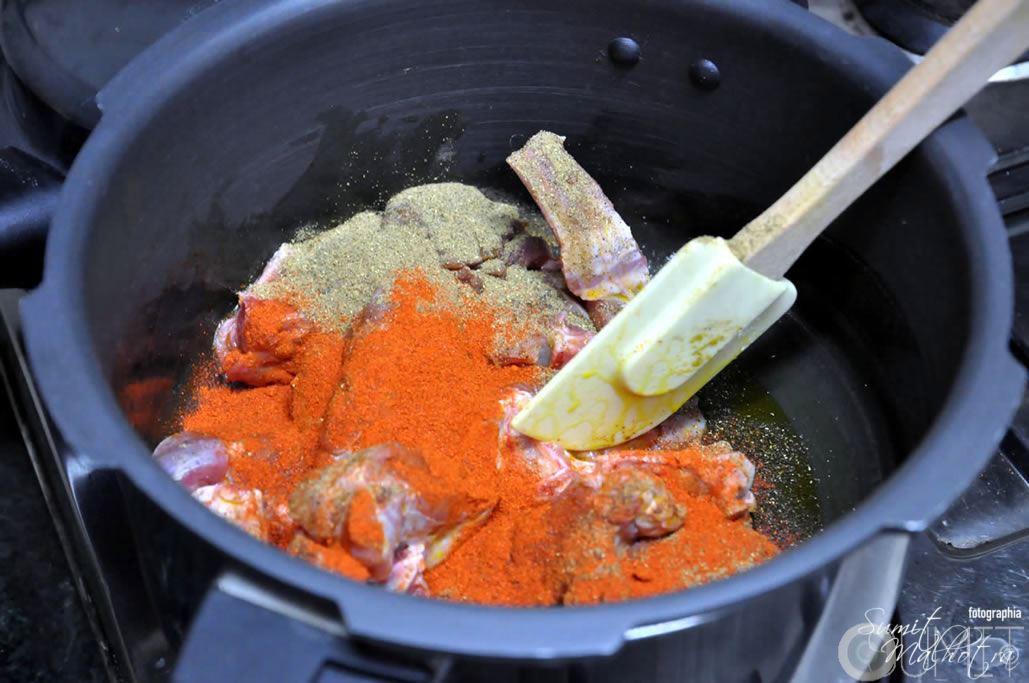 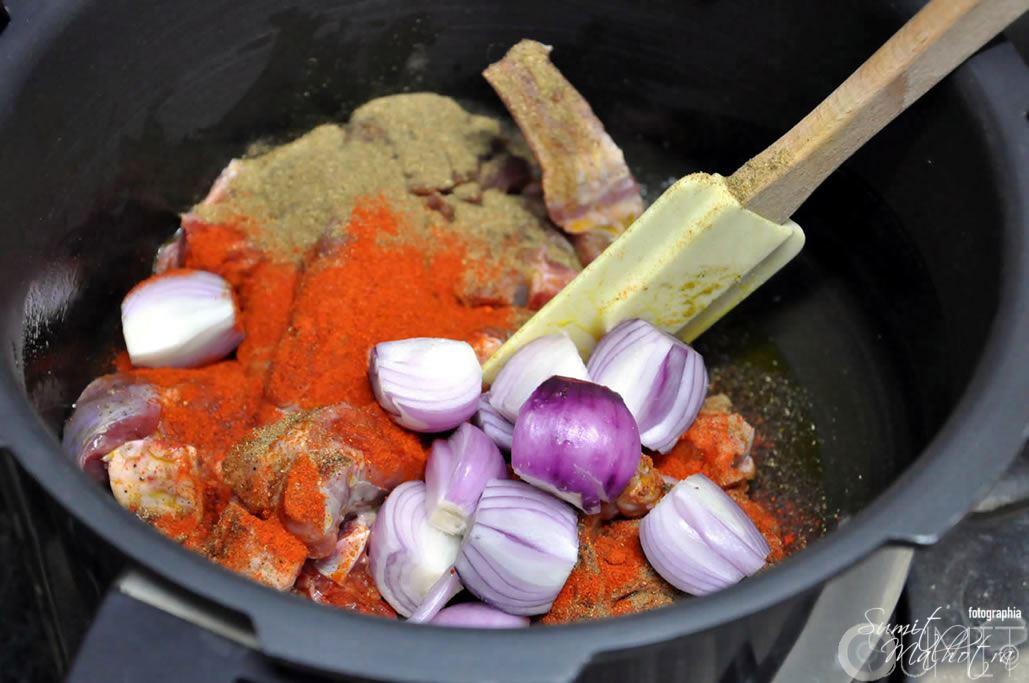 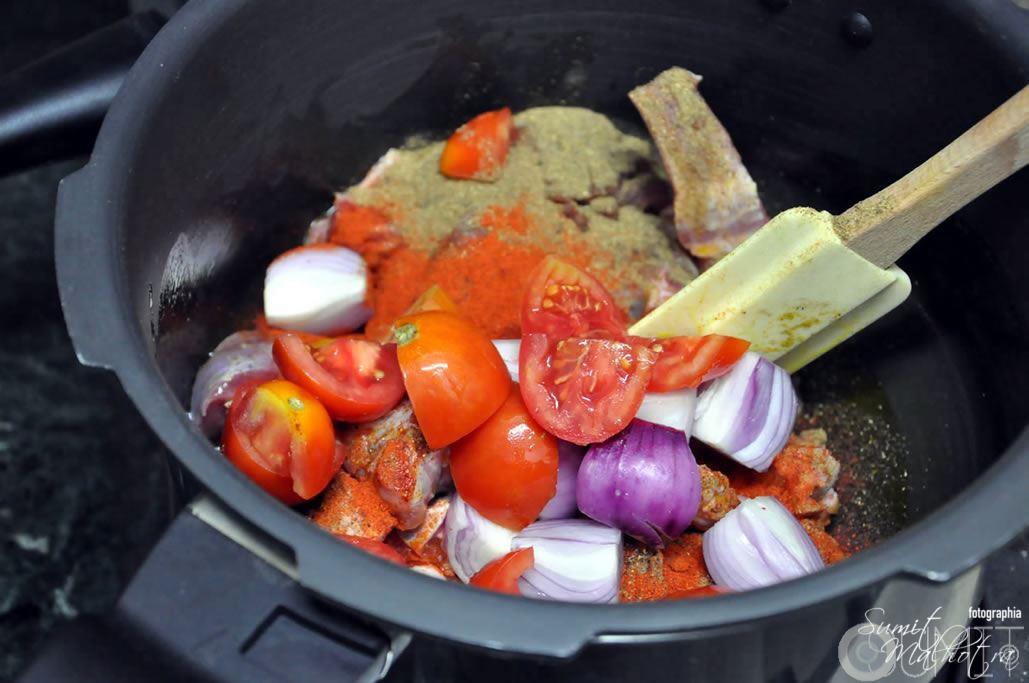 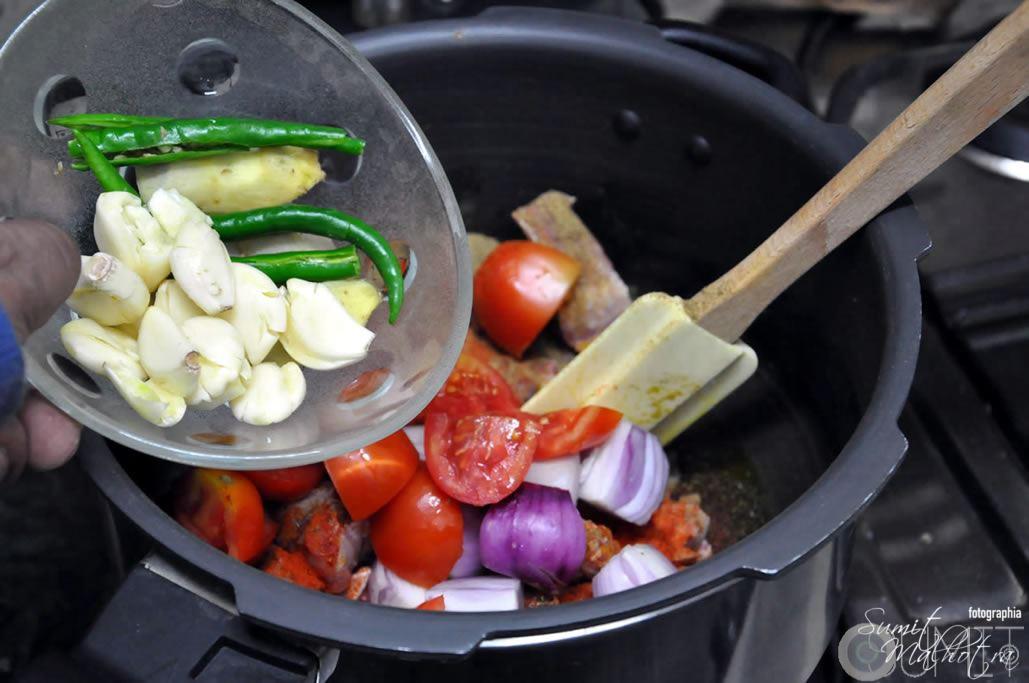 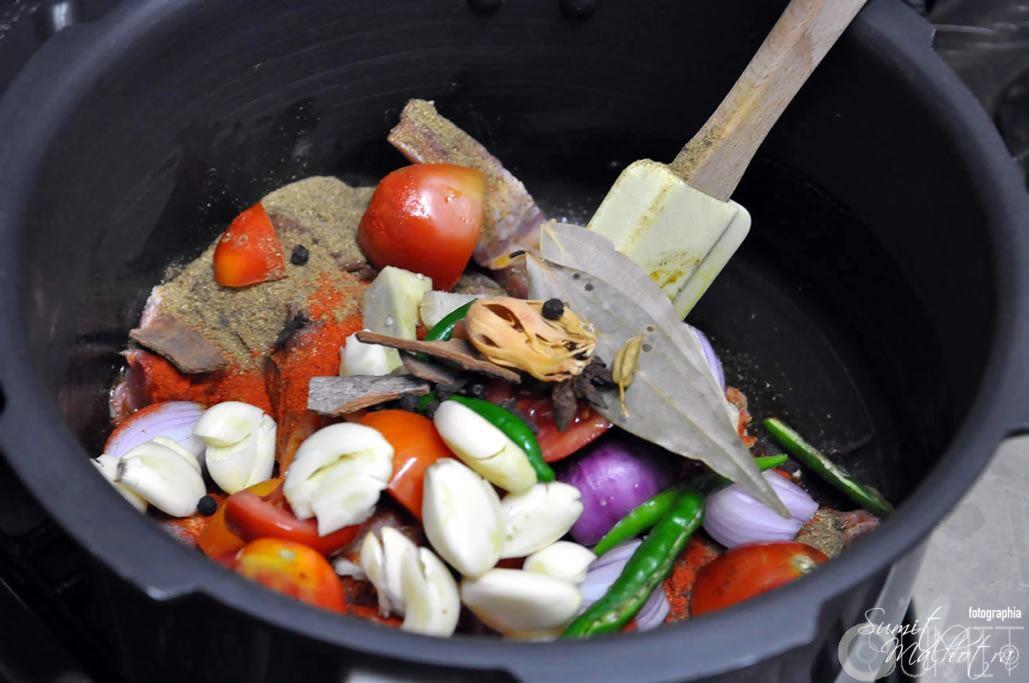 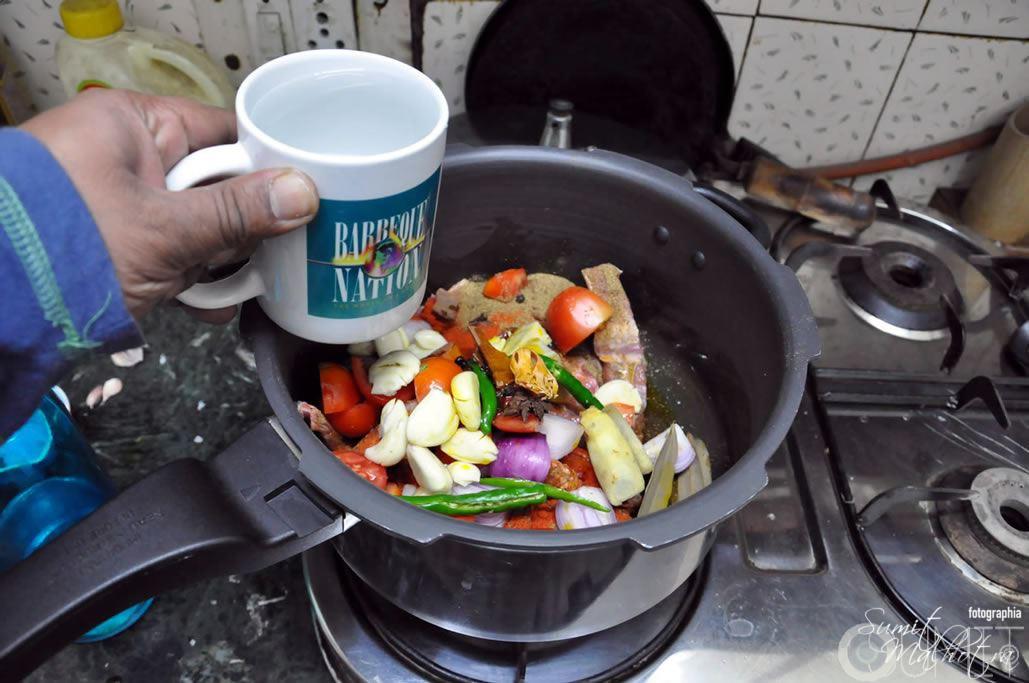 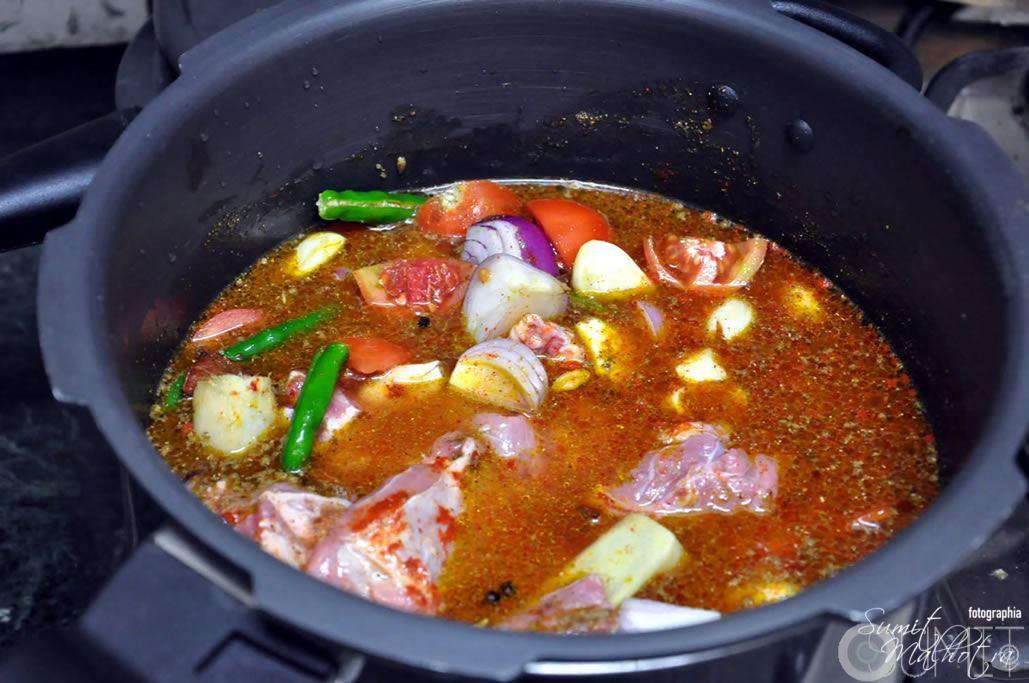 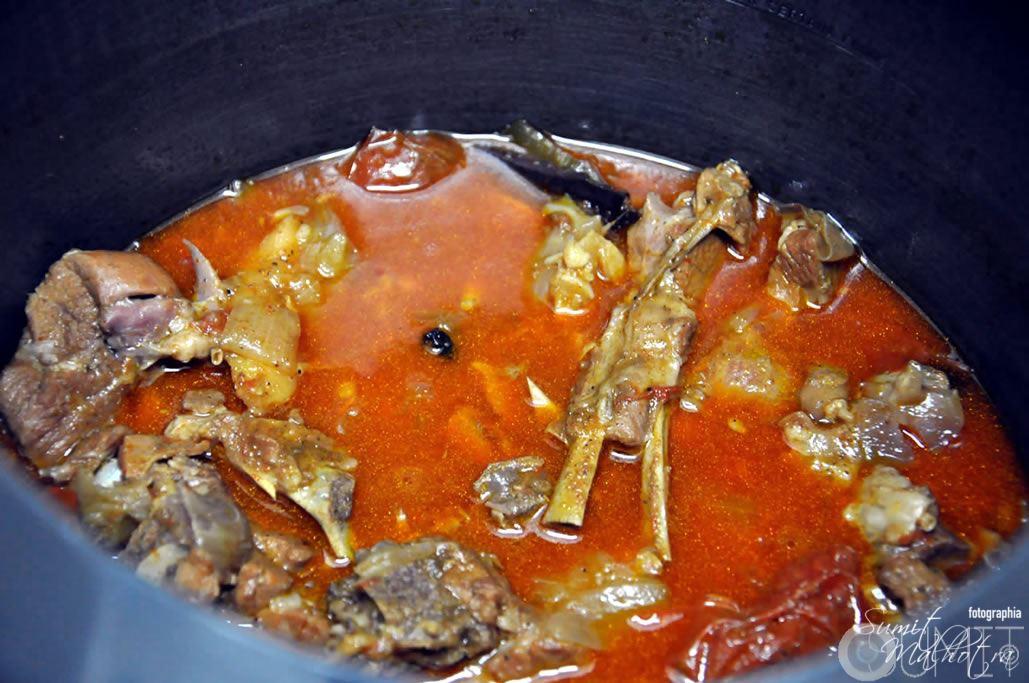 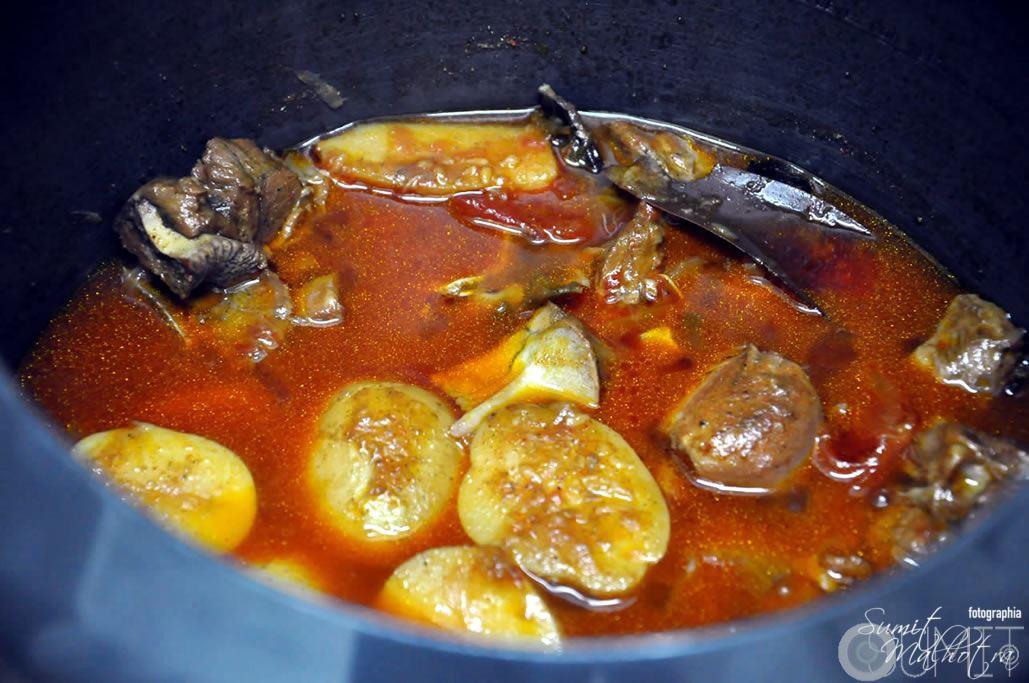 Check this out: #Aioli or #Allioli Garlic and #Oil - #Garlic #Mayonnaise - #Learn to make #creamy, #tangy, garlic aioli or allioli at home & elevate your #vegetables, or $fish. gosumitup.com/aioli-…