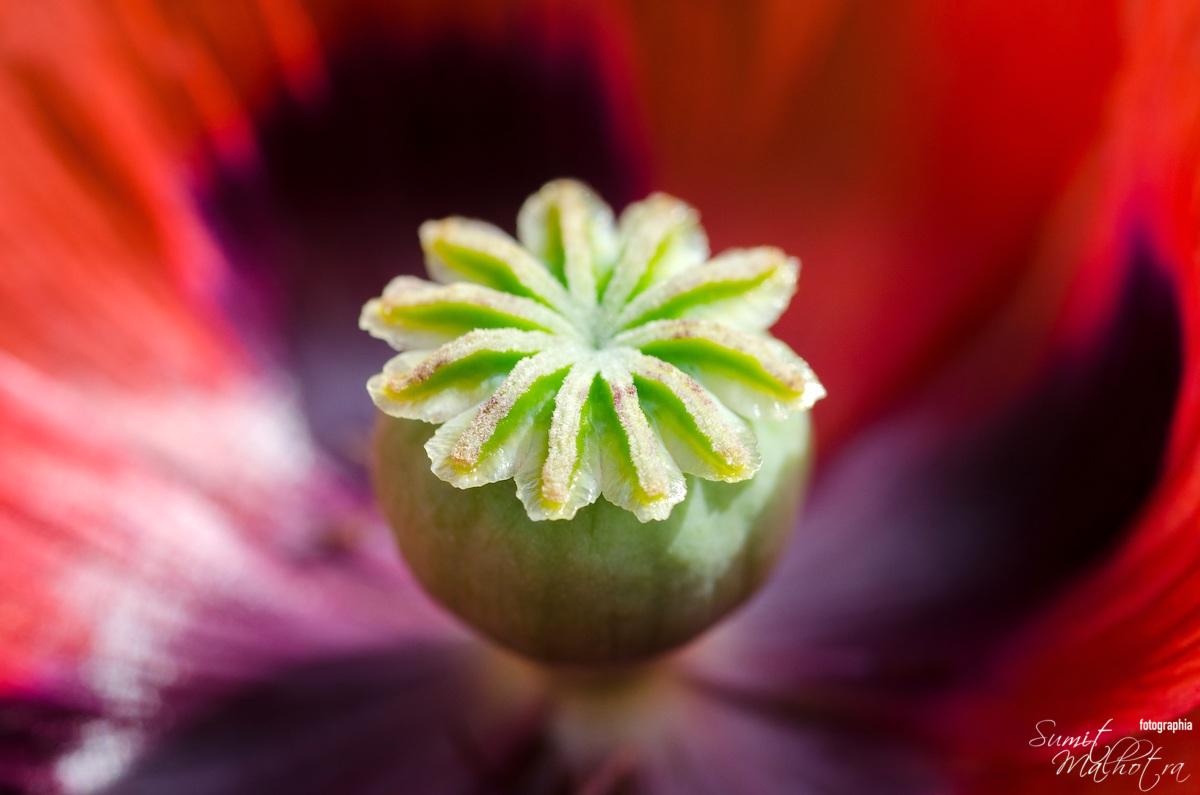 All About Poppy Seeds | All About Khus Khus

The tiny, kidney-shaped posto seeds have been harvested from dried seed pods by various civilizations for thousands of years.

Posto is still widely used in many countries, especially in Central Europe and South Asia, where it is legally grown and sold in shops.

Posto seeds are used whole or ground into meal as an ingredient in many foods. They are also pressed to yield poppyseed oil.

What is the nutrition value & benefits of Poppy Seeds?

Health benefits of Poppy Seeds are evident from the fact that poppy seeds are rich in manganese, a trace element important for our bone health and blood clotting.

They’re also high in copper, a mineral needed to make connective tissue and transport iron to various part of our body.

Posto seed are cold pressed to produce poppyseed oil, which is especially rich in omega-6 and omega-9 fats. Khus Khus is very low in Cholesterol and Sodium. 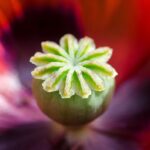 What is the Poppy Seeds or Khus Khus story?

A native to the Middle East, poppy seeds have a long and controversial history. With its origin dating back to 3400 BC, poppy seeds were largely cultivated by the ancient Assyrians, Babylonians and Egyptians.

The Romans diluted poppy seeds with wine and honey to feed the athletes, competing in the first Olympic Games. The Europeans used them as a condiment for baking breads.

Until the 6th century, the opium poppy was used as a narcotic in the Islamic and Arab cultures, which is still prevalent in many Middle Eastern countries.

Being known to the Greeks, posto seeds traveled to ancient Asian regions of China and India through spice trade in the 7th century.

The Himalayan foothills and low lying hills alongside are the primary cultivators of posto seeds, today. India, China, and some areas of Asia Minor, like the Balkans, are the chief producers of khus khus seeds in Asia.

However, Holland and Canada are the world’s leading cultivators of poppy seeds in the global trade.

What are the types of poppy seeds or khus khus?

Poppy seeds taste nutty, or, when ground to the consistency of moist soil, they offer an irresistible pleasant fruitiness. But do remember eating posto seeds before a drug test could give you a positive result.

The flavor is somewhat nutty and even a bit citric, and their pinprick crunch is highly valued in baked goods. Blue poppy seeds possess a distinct almond flavor as opposed to the mellower taste of white and black poppy seeds. 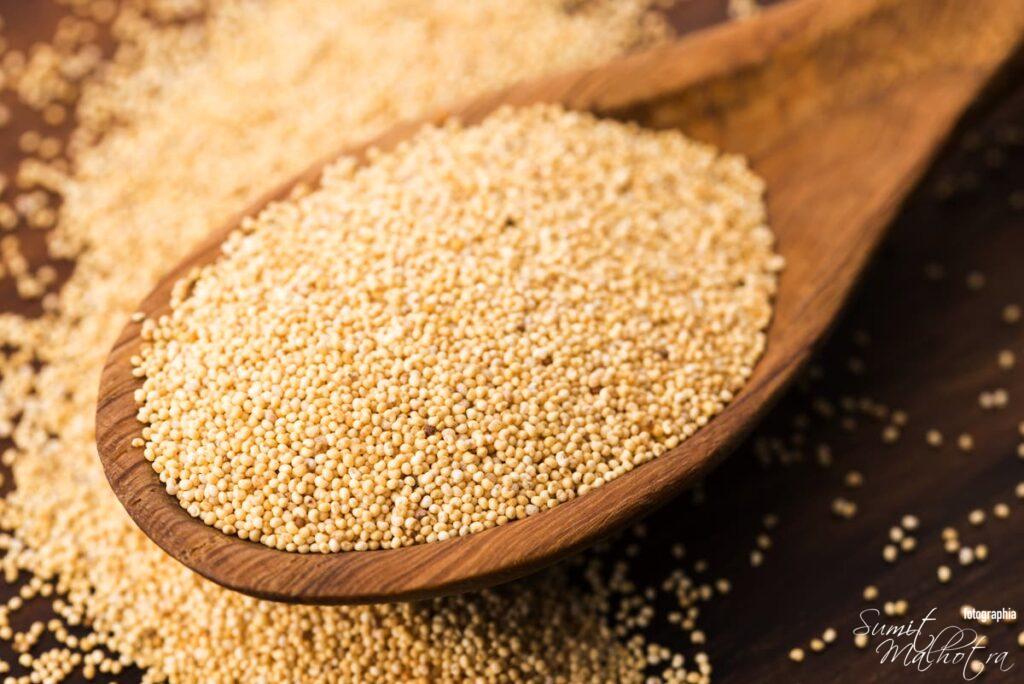 How long do poppy seeds last?

Poppy or Khus Khus seeds are perhaps the most expensive spice in an Indian pantry.

Poppy seeds powder and paste do not last long so it is always better to make only as much as is needed.

How can I make poppy seeds powder at home?

It is snappy to make posto seeds powder at home. However, they have to be roasted in a pan first.

So you can heat a pan. Pour the posto seeds on to the hot pan, stir so that the khus khus seeds do not burn. When poppy seeds start crackling, switch off the flame.

When completely cooled, take the dry roasted posto seeds in a dry spice mixer jar, pulse it couple of times.

Pulse them 3 -4 times to grind almost all the seeds to a powder. Bottle them in an airtight, dry jar is dry after the powder is cools down well.

What do you use poppy seeds for?

Poppy or posto seeds are good at adding flavor to a number of food items like breads, rolls, cookies and cakes. People across the globe make use of ground khus khus seeds in dishing up various types of desserts.

You can grind poppy seeds with other cooking ingredients while making soups, gravies and korma to enhance the flavor. Posto seeds are also utilized as thickening agents for various types of sauces.

Poppy seeds are also used in cooking different dishes like vegetables, noodles and fishes to add flavor and aroma to these items.

Health Benefits of Poppy Seeds or Khus Khus as per Ayurveda?

Here are some health benefits of poppy or khus khus seeds as per Ayurveda.

In Ayurveda, it’s said that posto seeds cool the body down and prevent mouth ulcers caused by excessive body heat. It’s recommended that one adds a bit of sugar to crushed poppy seeds, and eats them.

A paste of khus khus seeds, mixed with a couple of drops of lime juice, when applied to the infected area can soothe your skin.

Diarrhea: Seed powder of posto with warm milk. Have it once a day. Or Powder the roasted seeds. Take quarter teaspoon of it with honey. This also stops the formation of kidney stones.

Aphrodisiac: Poppy seeds when smoked increases sexual performance. Simply put a tbsp of poppy seeds in the fire and inhale its smoke.

Hoarseness: Prepare a decoction of poppy seeds and caraway seeds by taking them in equal quantity. Gargle with it twice a day.

What are the health benefits of poppy seeds or khus khus? 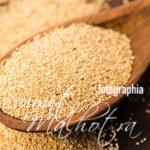 The tiny, kidney-shaped seeds have been harvested from dried seed pods by various civilizations for thousands of years.

It is still widely used in many countries, especially in Central Europe and South Asia, where it is legally grown and sold in shops.

The seeds are used whole or ground into meal as an ingredient in many foods. They are also pressed to yield poppyseed oil.

Healthy Vegan Spinach Gravy or Sauce for Everything