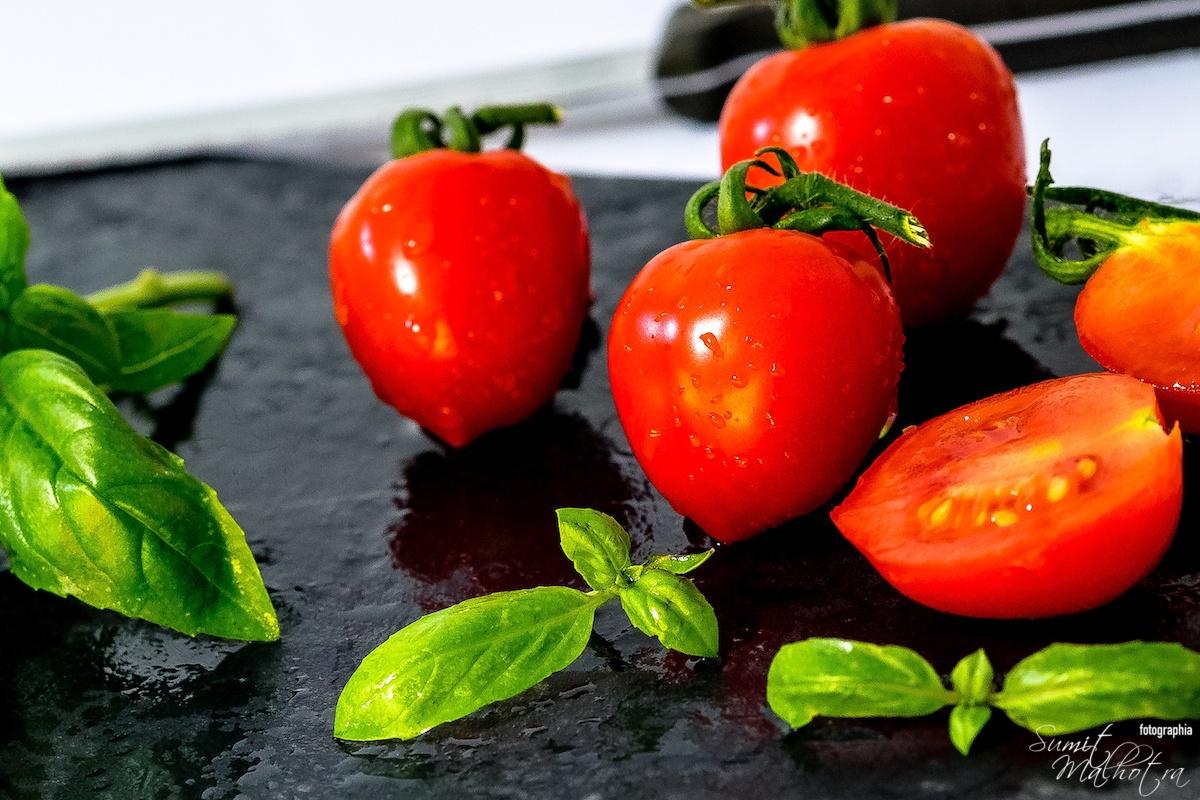 Tomatoes is also known as Tamatar or Thakkali or Solanum lycopersicum

Labelled as a vegetable for nutritional purposes, tomato is a good source of vitamin C and the phytochemical lycopene. Major health benefits of tomatoes are enumerated below.

What is the nutrition value & health benefits of Tomatoes?

Tomatoes are the major dietary source of the antioxidant lycopene, which has been linked to many health benefits of tomatoes, including reduced risk of heart disease and cancer.

In fact, tomatoes contain all four major carotenoids: alpha- and beta-carotene, lutein, and lycopene. These carotenoids may have individual benefits, but also have synergy as a group.

They are also a great source of vitamin C, potassium, folate, and vitamin K. Tomatoes are a good source of fiber, providing about 1.5 grams per average-sized tomato.

Carbs comprise 4% of raw tomatoes, which amounts to fewer than 5 grams of carbs for a medium specimen (123 grams). Simple sugars, such as glucose and fructose, make up almost 70% of the carb content.

Is tomato a vegetable or fruit?

Is a Tomato a Fruit or a Vegetable?

Tomatoes are fruits that are considered vegetables by nutritionists. Botanically, a fruit is a ripened flower ovary and contains seeds. However, there is a story behind this.

In 1886, importer John Nix and colleagues landed a load of West Indian tomatoes at the Port of New York.

The resident customs official there, Edward Hedden, demanded payment of a ten percent tax in accordance with the Tariff Act of 1883. The tariff act levied an import duty on “foreign vegetables.

Nix, who knew his botany, objected, on the grounds that the tomato –a fruit — should be tax-exempt. The case eventually made its way to the Supreme Court where, in 1893, Justice Horace Gray ruled in favor of vegetable.

“Botanically speaking,” said Justice Gray, “tomatoes are the fruit of the vine, just as are cucumbers, squashes, beans and peas. But in the common language of the people…all these vegetables…are usually served at dinner in, with, or after the soup, fish, or meat, which constitute the principal part of the repast, and not, like fruits, generally as dessert.”

However, in 2001, the European Union declared carrots, sweet potatoes, and the now thoroughly confused tomatoes all to be fruits, at least for the purpose of making jam.

What is the Indian name for Tomatoes?

Indian names for tomatoes are Tamatar in Hindi & Thakkali in Tamil.

India grows several varieties of tomatoes, from the small lively cherry tomato bursting with juice to the large, fibrous beefsteak.

The most common tomato varieties are beefsteak, cherry, heirloom, roma and pear.

A few of the 7,500 tomato varieties are grown in India. Many of these have rather peculiar names, for example, Best of All, Fireball, Desi Dixon, King Humbere, Roma and Red Cloud.

What is the history & story of tomatoes?

Know more about the history and origins of Tomatoes or Tomato

The word tomato first appeared in print in 1595

Tomatoes originated from the Andes, in what is now called Peru, Bolivia, Chili and Ecuador –
where they grow wild. They were first cultivated by the Aztecs (and called tomatl) and Incas as early as 700 A.D.

The earlier tomatoes were little sour berries that grew on low bushes in dry, sunny places in the Andes mountain in South America beginning about 350 million year ago.

When people first came to South America about 20,000 year ago, they ate these tiny wild tomatoes.

Travelers brought a few kinds of wild tomato plants from the Andes to Central America where the ancestors of the Mayans began to farm them.

Nobody knows exactly when people began farming tomatoes but it was definitely before 500 B.C.

It was not until around the 16th Century that Europeans were introduced to this fruit when the early explorers set sail to discover new lands.

Throughout Southern Europe, the Tomato was quickly accepted into the kitchen, yet as it moved North, more resistance became apparent.

The British for example admired the tomato for its beauty but believed that it was poisonous. As a result the tomato was considered unfit for eating for many years in Britain and its North American Colonies.

However, by the mid – 18th century tomatoes were widely eaten in Britain.

Tomatoes come to India by way of Portuguese explorers during the early 16th century. Thank you  Christopher Columbus for tomatoes and potatoes. 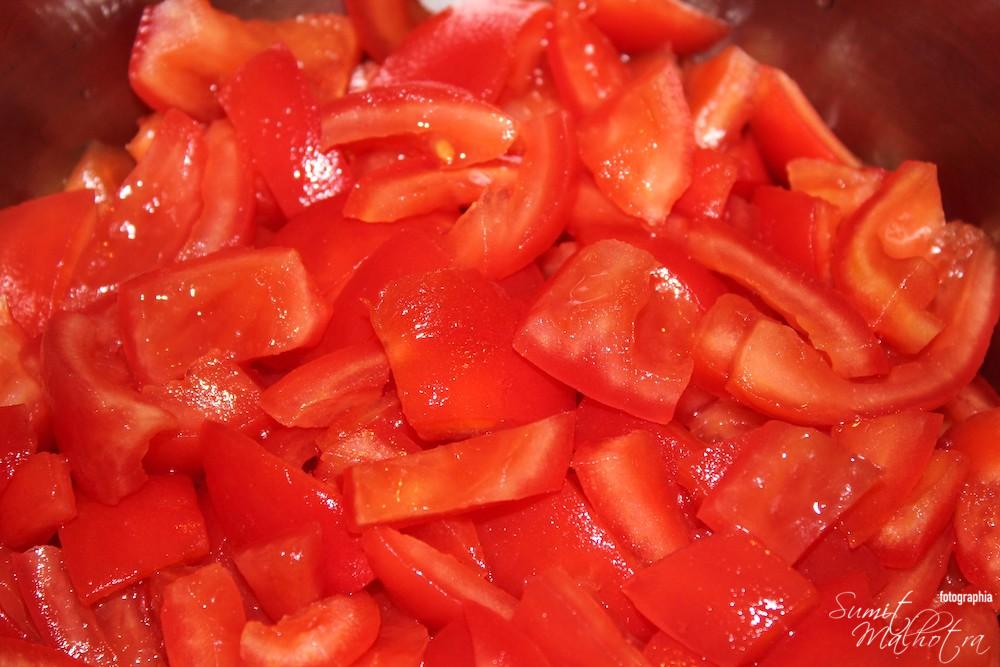 What are the uses of Tomatoes?

Know more about how tomatoes are used

Tomato is not only used for culinary benefits, but also for treatments which endorses significant health benefits of tomatoes.

Tomato is used for preventing cancer of the breast, bladder, cervix, colon and rectum, stomach, lung, ovaries, pancreas, and prostate.

It is also used to prevent diabetes, diseases of the heart and blood vessels (cardiovascular disease), cataracts, and asthma.

The topical application of tomato juice is known to cure severe sunburns. Tomatoes also rank high in the preparation of anti-aging products.

There are infinite ways to include tomatoes in your diet. And since they are low in carbs (even a large tomato only has about 5 grams of carbs), you can happily fit them into your diet the way you want.

What is the taste of tomatoes?

Tomato taste is a unique combination of five tastants—sweet, sour, salty, bitter, and savory (umami) compounds—as well as the aroma of volatiles like lycopene.

Often tomatoes are classed as sweet flavored, acidic or sour flavored, or balanced.

How long do tomatoes last?

Learn about how long do tomatoes last.

Usually, fresh tomatoes last for 1 week when on the counter and  for 2 weeks when refrigerated.

Canned tomatoes may last for 1 year – 18 months if they are unopened and for 7 Days after they have been opened.

Fresh tomatoes will begin to get soft and then may leak fluids when they are going bad. They may also begin to mold, at which point they have definitely gone bad.

How do I store tomatoes at home?

Learn how to store tomatoes at home.

If you are planning to use your tomatoes in the near future, it is best to leave them out of the refrigerator.

However, keeping them in the refrigerator drawer marked for fresh produce does help to extend their shelf life slightly but they will still wither over time.

Is there a substitute for fresh tomatoes?

Learn how to use a substitute for fresh tomatoes.

Fresh or grilled red capsicum (bell peppers) can work well instead of tomatoes because they have the beautiful red colour and sweetness that tomatoes provide.

If you are looking for a substitute for fresh tomatoes that still involves tomato, drained canned tomatoes are an excellent option. The flavour is more intense and cooked but you’ll still get the colour and tomatoey goodness.

What can I use tomatoes for?

Learn how to use Tomatoes leaves in your food & beverages

What are the health benefits of tomatoes?

Learn about health benefits of tamatar

In French, concasser means “to crush or grind,” which is exactly what you do to tomatoes when you make a tomato concasse.

Making tomato concasse a French cooking technique that involves scoring and boiling tomatoes in water to loosen the skins for peeling, then seeding and roughly chopping them.

Tomato concasse can be used as the base for tomato sauce, served atop crusty bread for a bruschetta. 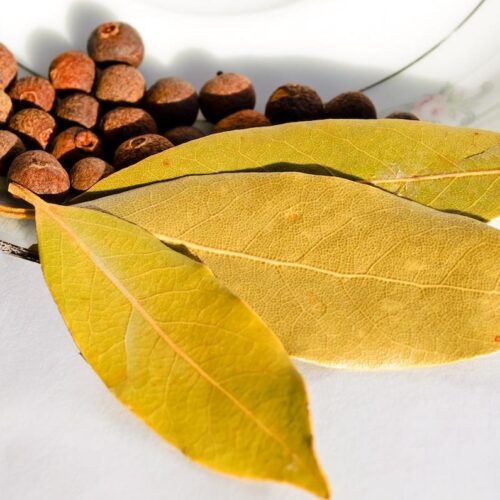 Labelled as a vegetable for nutritional purposes, tomato is a good source of vitamin C and the phytochemical lycopene.

Today, I #GoSumItUp Shiso Yu Choi with an experience #rating of 3 - #ShisoYuChoi #Gurgaon serves pretty average #sushi in my opinion. Their cover packaging is #classy but containers are #messy. Watch out for #tasteless #experience and spurious #food prod… instagr.am/p/CUHZbac… pic.twitter.com/gcx7…