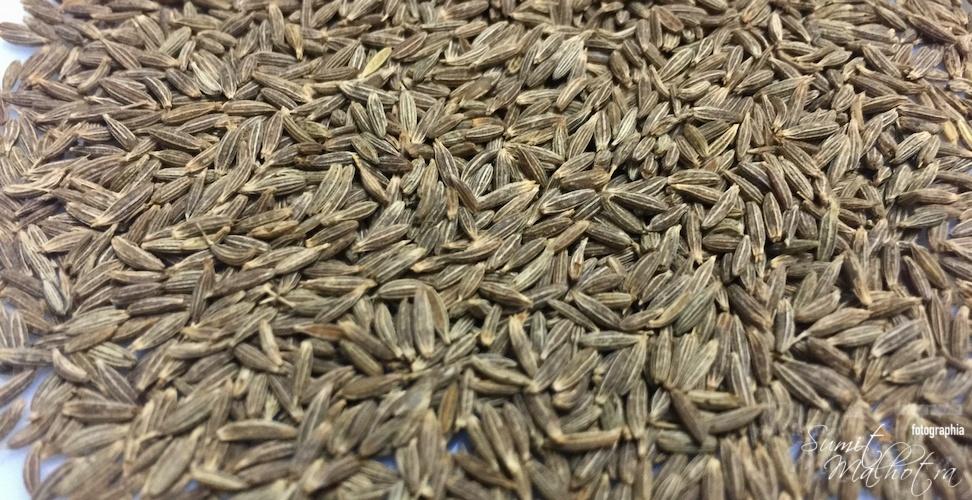 Health benefits of cumin or jeera are several. Cumin or Jeera is amongst the earliest crops cultivated in Asia, Africa, and Europe. The cumin plant or CuminumCyminum belongs to the family of Apiaceae. Cumin seeds are still used as a traditional medicine to treat liver, digestion, and lung disorders.

Cumin seeds are an antiseptic, stimulant, potent carminative with anti-hypertensive agents. The seeds are rich in oleoresins, essential oils, sesquiterpenes, tannins, etc. Cumin Oil has anti-nociceptive and analgesic properties. They can relieve spasms and pain by working on the Central Nervous System (CNS). The oil controls blood clotting or platelet aggregation and boosts haemoglobin levels. They have a potent antimicrobial activity which ceases the growth of several bacteria’s, fungi, and yeast species.

Cumin lends its distinctive flavour to various Indian curries. It is added to rice and lentils as well. Its flavour has been described as earthy, nutty, spicy and warm. Cumin is one of those spices (whole or ground) that’s essential for any spice cupboard. Just a teaspoon adds a hint of smokiness, use more and your dish infused with sweet earthy flavours.

Cumin is a staple ingredient in most curry powders and many spice blends, especially in Indian cuisine. It’s used extensively for savoury recipes, like curries, rice, meat, fish, vegetables and pulses.

Indian cuisine is incomplete without the usage of the traditional spices like cumin seeds, turmeric, coriander etc. They form the soul of most of the Indian recipes contributing the unique flavour and aroma to the recipe.

Health Benefits of Cumin or Jeera

Some of the health benefits cumin is traditionally known for, including promoting digestion and reducing food-borne infections. Others include promoting weight loss and improving blood sugar control and cholesterol.

Cumin is used as an Ayurvedic medicine used for several diseases of the digestive, respiratory, circulatory and reproductive system. In Ayurveda, it is used because of its carminative, digestive stimulant, antacid, astringent, diuretic actions. It also reduces body heat thereby reducing boils and rashes. Its antibacterial properties are well known to get rid of pimples and other skin disorders. The benefits and remedies of cumin seeds have been used since centuries for its outstanding results.

#Coffee lovers have tried it all – #Frenchpress, #dripcoffee, #cold brew, fancy #espresso machines. But, one of the most humble and effective coffee machines is the #stovetop espresso maker known as the #Mokapot. And, it makes great coffee. gosumitup.com/review…