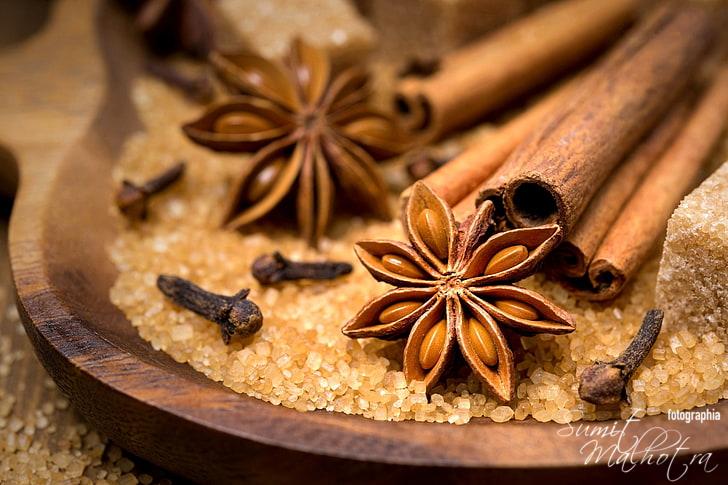 Cinnamon is also known as Dalchini in Hindi, Cassia,

Health Benefits of Cinnamon – Cinnamon commanded a princely sum and was affordable only for a few – the wealthy, the nobility, physicians, and priests. And, others too who acquired it for use in religious ceremonies.

If you could afford it, you were most definitely considered to be among the elite, with a spicy social status!

Cinnamon As a Spice

Cinnamon spice, consists of the dried inner bark, is brown in colour and has a delicately fragrant aroma and a warm sweet flavour.

Cinnamon is used to flavouring a variety of foods, from confections to curries to beverages. It is popular in bakery goods in many places.

Essential oil is distilled from the bark fragments for use in food, liqueur, perfume, and drugs.

Apart from this, there are immense health benefits of cinnamon.

Cinnamon as an Ayurvedic Element 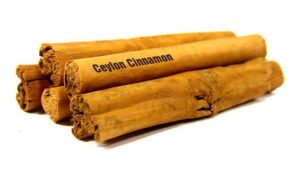 Cinnamon, (Cinnamomum Verum), also called Ceylon cinnamon, is a bushy evergreen tree of the laurel family (Lauraceae). The spice is derived from its bark.

Cinnamon is native to Sri Lanka (formerly Ceylon), the neighbouring Malabar Coast of India, and Myanmar (Burma) and is also cultivated in South America and the West Indies.

But, most cinnamon in international commerce is derived from the related species Cinnamomum Cassia also referred to as “cassia“.

Cinnamon was so highly prized among ancient nations that it was regarded as a gift fit for monarchs and even for a deity; a fine inscription records the gift of cinnamon and cassia to the temple of Apollo at Miletus.

Because of the health benefits of cinnamon which is sweeter in taste, however, pacifies the Pitta dosha. 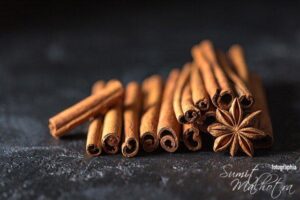 Apart from the prized health benefits of cinnamon, it is used in both sweet and savoury dishes. Cinnamon has been revered throughout the ages for its sweetly spicy flavour and heady fragrance.

It’s also packed with nutrients and antioxidants, and has many medicinal applications as well – and it is easy to incorporate into your daily diet!

Cinnamon Verum (Cinnamon Ceylon) has a sweet fragrance with a delicate flavour that makes it most suited for baking and desserts. Because of its with a stronger flavour and spicy fragrance, Cinnamon Cassi matches better with savoury dishes.

Cinnamon is one of the most widely used and highly beneficial spices out there. It can be sprinkled, simmered, baked with or taken as a supplement. It’s full of nutrients and has long been known as a blood sugar regulator. Not to forget there are countless other health benefits of cinnamon.

What are the health benefits of Cinnamon?

Prized for their healing qualities health benefits of cinnamon or dal chini bring it to almost a daily use in our lives. Cinnamon and it’s essential aromatic oil have immense health benefits and therapeutic values.

Cinnamon has quite a long history. The Ancient Egyptians, Greeks, and Romans used the Sri Lankan spice for cooking, as a meat preservative, and in perfumes. Read on to find dalchini ke fayade.

Read on to find out what health benefits of cinnamon or dalchini are:

Where does Cinnamon come from?

Cinnamomum Verum is mostly cultivated in Sri Lanka, the Malagasy Republic and Seychelles. It has originated in the central hills of Sri Lanka. In India, it is grown in one or two locations in Kerala.

Ceylon cinnamon is a spice like no other. It is easy to mistake the highly valued Ceylon cinnamon to other cheap varieties. Apart from its culinary uses, health benefits of cinnamon are substantial too.

Creating homemade cinnamon powder promises a pure and authentic taste to it. From whipping up a delicious smoothie, to bake scrumptious goods to kicking it up a notch with top-class cocktails, cinnamon is what you need. 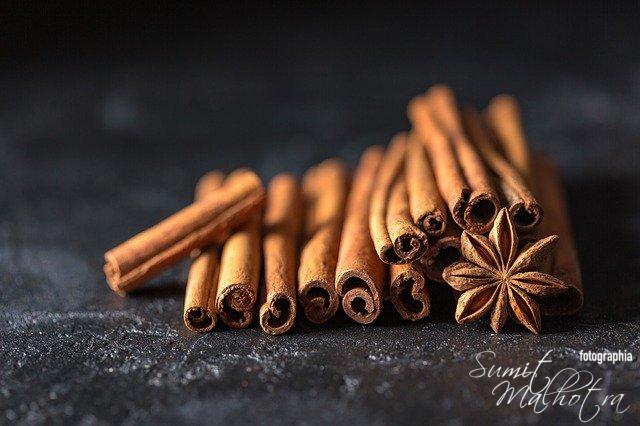 Cinnamon - How to Make Cinnamon Powder at Home | Warm & Sweet

Homemade Sour Cream – How to Make Soured Cream at Home?

I have been making cinnamon powder using your recipe and it is fairly easy. Can you kindly share your recipe for Cinnamon Coffee.

Thanks, Raveesh … Hopefully tomorrow I’ll share my cinnamon coffee recipe. Will post an updated once I do it. Enjoy it 🙂

As promised here is my recipe for cinnamon coffee. Enjoy buddy

[…] this Alexander Espresso coffee recipe, the cinnamon definitely sets it apart. Although one isn’t able to distinguish the brandy as a separate taste, […]

All About Thyme | Know Your Spice Ajwain...

All About Indian Bay Leaf | Know Your...

All About Tarragon | Know Your Spice Naagadauna...