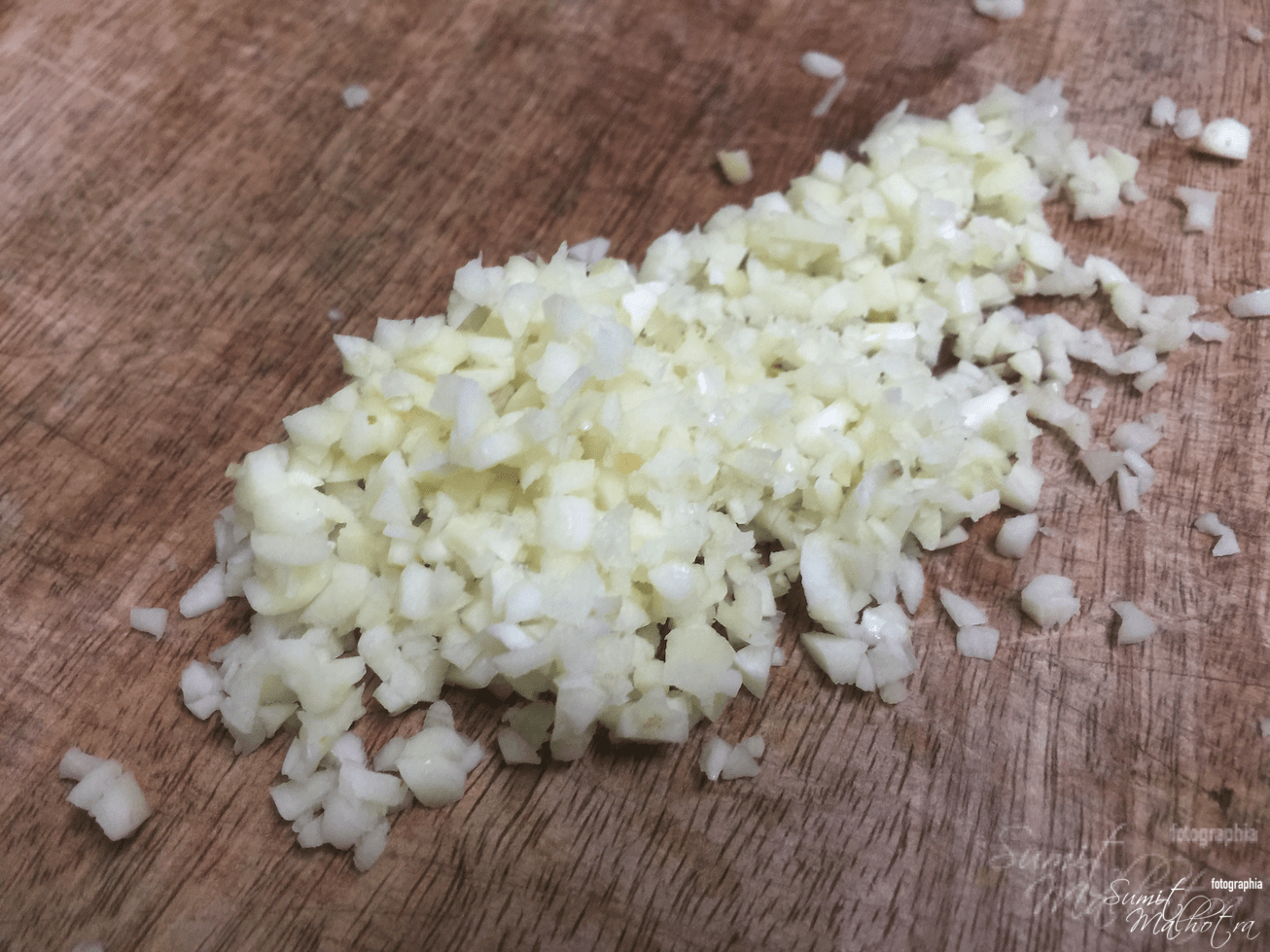 All About Garlic - Know Your Spice Lehsun or Garlic (Allium sativum) 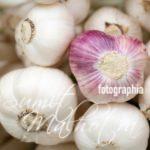 Garlic (Allium sativum) is a species of bulbous flowering plant in the onion genus in the Amaryllidaceae family. Its close relatives include the onion, shallot, leek, chives etc.

Garlic is loaded with rich medicinal benefits and healing properties. One mg of garlic gives a broad spectrum of protection against pathogenic bacteria, viruses, parasites & many cancer fighting food.

It grows in many parts of the world and for ages is used in everyday cooking. Due to its strong smell and delicious flavour, it is a very popular ingredient.

What are the other names of Garlic?

Garlic names in other languages are given below.

What exactly is a Garlic?

Get to know more about garlic or lehsun (Allium sativum) 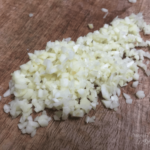 Garlic or Allium sativum comes from the family: Liliaceae or Amaryllidaceae. It is native to Central Asia and northeastern Iran and has long been a common seasoning worldwide.

Garlic has a history of several thousand years of human consumption and use.

It refers to of fresh or dried bulbs of the plant Allium sativum. Garlic is found as a white bulb (the shape is similar to an onion).

The entire garlic is called a “head” or “knob”. Each small, individual segment of a garlic head is the garlic clove, which is also white in color.

Garlic may be added raw, as garlic powder, or in the form of garlic oil to dishes.

Garlic is usually consumed cooked but can be eaten raw, which is even better because the raw form preserves all its beneficial nutrients.

Garlic contains allicin. This is a strong antibiotic. It’s released when cloves are crushed or chewed. Garlic has been used as an antiseptic, antibacterial, and antifungal agent.

It may help the body resist or destroy viruses and other microorganisms. It does this by boosting the immune system.

Garlic is also claimed to fight infections. It may also build up strength. Garlic may also have laxative effects.

What is the nutritional value of Garlic (Allium sativum)?

Find out about the nutritional value of Garlic (Allium sativum)

Garlic is an excellent source of vitamin B6 (pyridoxine). It is also a very good source of manganese, selenium and vitamin C.

In addition to this, garlic is a good source of other minerals, including phosphorus, calcium, potassium, iron and copper.

What is the chemical composition of Garlic (Allium sativum)?

Know and understand about chemical composition of Garlic (Allium sativum)

In the typical serving size of 1–3 cloves (3–9 grams), garlic provides no significant nutritional value, with the content of all essential nutrients below 10% of the Daily Value (DV) (table).

When expressed per 100 grams, garlic contains several nutrients in rich amounts (20% or more of the DV), including vitamins B6 and C, and the dietary minerals manganese and phosphorus.

Per 100 gram serving, garlic is also a moderate source (10–19% DV) of certain B vitamins, including thiamin and pantothenic acid, as well as the dietary minerals calcium, iron, and zinc (table).

What is the history of Garlic (Allium sativum)?

Know more about the origins & the story behind Garlic (Allium sativum)

The native land of garlic is Middle Asia. The exact origin of garlic estimated as originated from West China, around Tien Shan Mountains to Kazakhstan and Kyrgyzstan.

Sumerians (2600–2100 BC) were actively utilizing the garlic healing qualities, and there is a belief that they brought the garlic to China, from where it was later spread to Japan and Korea.

In ancient China, garlic was one of the most used remedies since 2700 BC, for its stimulating effects.

In the Vedas, garlic is mentioned among other medicinal plants. Indian priests were the first physicians and pharmacists.

Numerous records show that garlic has been cultivated in Mesopotamia for at least 4,000 years. The use of garlic in China and Egypt also dates back thousands of years.

The Egyptian crypts are the oldest visible inscriptions for the existence of garlic.

Archaeologists have discovered clayey sculptures of garlic bulbs dating from 3700 BC, while illustrations with garlic have been found in another crypt from 3200 BC.

Well-preserved garlic was found in the tomb of Tutankhamun. It was consumed by ancient Greek and Roman soldiers, sailors, and rural classes and, according to Pliny the Elder, by the African peasantry.

Garlic was placed by the ancient Greeks on the piles of stones at crossroads, as a supper for Hecate. Early Greek army leaders fed their army with garlic before major battles.

The Ancient Israelites made use of garlic as a starvation stimulator, blood pressure enhancer, body heater, parasite-killer etc. The Talmud, the book of Judaism prescribes a meal with garlic every Friday.

In the seventh century AD the Slavic people used garlic against lice, spider bite and snakebite and against ulcers and crusts.

Garlic was brought into Great Britain in 1548, from the coasts of the Mediterranean Sea. In ancient Europe, it was used without restrictions – particularly in Italy, while the French used to add it to a lot of dishes.

What are the uses of Garlic (Allium sativum)?

How is Lehsun used?

What is the the taste of Lehsun?

When eaten raw, garlic has a powerful, pungent, spicy flavour. It begins with a sharp sensation but becomes milder upon chewing.

How Much Garlic Should I Use?

What is the the recommended quantity of Lehsun for a day?

Garlic cloves vary not merely in size, but also in intensity of flavor; depending on the source, age, and other factors. With experience, you’ll gain a sense of this, partly from the aroma and “feel” of the garlic.

Generally recommended consumption for adults is 4 g (one to two cloves) of raw garlic per day.

Old garlic, burnt garlic, garlic cut too long ago, garlic that has been smashed don’t really work, so always work with fresh garlic.

What are the ayurvedic properties of Garlic?

But Ayurveda does not support their excessive usage as it considers onion as tamasic in nature (makes people irritable) and garlic to be rajsic (disturbed sleep and drained energy) in nature.

As per Ayurveda, both these ingredients produce excessive heat in the body.

What can I use Garlic for?

Learn how to use lehsun (Allium sativum) in your food & beverages.

How do I prepare garlic for food?

Learn how to prepare lehsun (Allium sativum) for your food & beverages.

How do I store garlic?

Learn about how to store lehsun (Allium sativum).

The easiest way to store garlic at home is in mesh bags or loosely woven baskets. Garlic keeps longest when stored at 60 to 65 degrees and in moderate humidity.

Storing garlic in the crisper drawer of your fridge takes care of the humidity problem.

Leftover peeled cloves or chopped garlic will keep for a couple of weeks in the fridge in a small, tightly covered container.

To freeze garlic, put the peeled cloves into a blender with a little water, pulse until they are evenly minced, and then freeze the puree in ice cube trays.

Slice & dry the garlic & make a delicious garlic-flavored oil by putting a handful of the slices in a small jar and covering them with olive oil.

How long does garlic last?

Learn about how long does lehsun (Allium sativum) last in storage.

Individual unpeeled cloves can last for seven to ten days in the pantry.

When peeled and chopped, it usually stays good for about a week in the refrigerator and 10 to 12 months in the freezer, same with frozen cooked garlic.

Is there a substitute for garlic?

Learn how to use a substitute for lehsun (Allium sativum) if unavailable.

Where do I buy garlic from?

Where do I locate lehsun (Allium sativum) in the grocery store?

Fresh garlic is readily available at the supermarket in the vegetables section. Make sure to choose heads that are firm. Garlic powder will be available on the spice aisles.

Garlic is also sold in jars with olive oil and even as garlic pickles, either as whole, peeled cloves or minced cloves.

What are the health benefits of Garlic?

Here is a range of health benefits of garlic or lehsun (Allium sativum) in both raw and cooked forms. 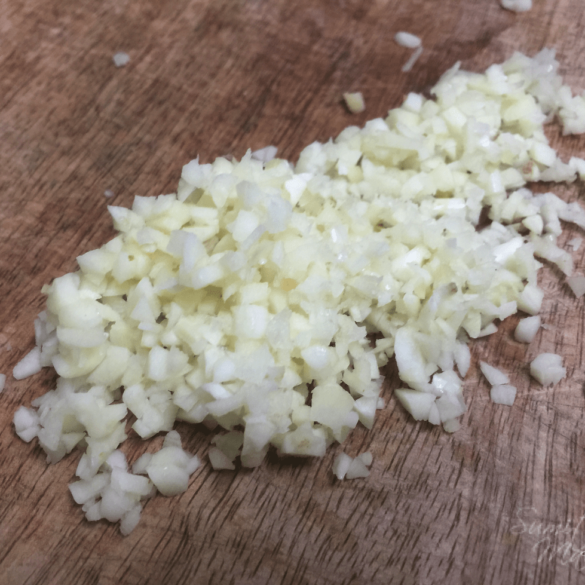 All About Wasabi (Eutrema japonicum) | Uses & Health Benefits of Wasabi

Garlic or Allium sativum comes from the family: Liliaceae. It is native to Central Asia and northeastern Iran and has long been a common seasoning worldwide.

Garlic has a history of several thousand years of human consumption and use. Garlic may be added raw, as garlic powder, or in the form of garlic oil to dishes.

Garlic is usually consumed cooked but can be eaten raw, which is even better because the raw form preserves all its beneficial nutrients.

Garlic contains allicin. This is a strong antibiotic. It’s released when cloves are crushed or chewed. Garlic has been used as an antiseptic, antibacterial, and antifungal agent.

Garlic is most commonly used for conditions related to the heart and blood system.

These conditions include high blood pressure, high levels of cholesterol or other fats (lipids) in the blood (hyperlipidemia), and hardening of the arteries (atherosclerosis).

Health benefits of garlic are significant and cannot be ignored.

@PNBMetlife1 @TRAI @irdaindia @irdainsurance @RBI @FinMinIndia I am still receiving these harassing calls. Today’s number is +918368813975 and she claimed that she is calling from the bank. I wonder if your business processes are even in place.