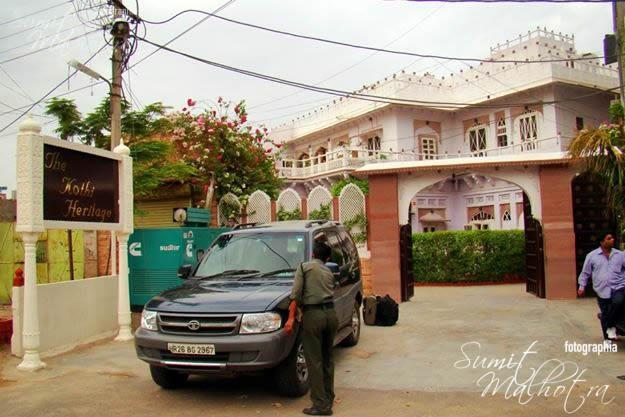 Jodhpur. Day 4 started with us leaving Jodhpur for Pali and that too really hungry. The hotel’s staff was still in slumberland and they would start preparing breakfast only at 8.30 we were told. Jodhpur is a funny city – I have come to understand. It shuts at 10 PM and doesn’t wake up till after 8.30 AM. Since we were just passing through we didn’t get much time to explore Jodhpur. It is still on my bucket list. I need to come back once again and explore the splendour of Jodhpur.

Jodhpur is a city in the Thar Desert of the northwest Indian state of Rajasthan. Its 15th-century Mehrangarh Fort is a former palace that’s now a museum, displaying weapons, paintings and elaborate royal palanquins (sedan chairs). Set on on a rocky outcrop, the fort overlooks the walled city, where many buildings are painted the city’s iconic shade of blue.

Since we had to leave for Bali (via Pali, the district and then through Falna). We left Jodhpur on empty stomachs. We, literally, stopped at every Dhaba on Pali road to find something to eat. We got a singular message from all – Food Not Available. Jodhpur was really slow in the mornings. It reaffirmed my belief.

As we exited Jodhpur and crossed into the Pali district, we chanced upon a Dhaba called Rajputana Hotel & Restaurant. The dhaba was 100% vegetarian, but it had food available. Located right across the road to a local temple, it was busy, really busy. We settled ourselves on a table and ordered some paranthas with dahi and tea. Super stuff.

Moving onwards we visited the “Educate Girls” office in Bali where we were treated to some excellent “chaas“. If you are in Rajasthan, this is one thing not to be missed. After the meeting, we moved on to Ranakpur and arrived around the lunch hour. Ranakpur is famous for one of the Jain temples so obviously the food options available there were severely limited for us.

Ranakpur Jain temple or Chaturmukha Dharana Vihara is a Jain temple at Ranakpur is dedicated to Tirthankara Rishabhanatha. The temple is located in a village of Ranakpur near Sadri town in the Pali district of Rajasthan.

Ranakpur is also the gateway to the Kumbalgarh Wildlife Sanctuary. Kumbalgarh is also the birthplace of Maharana Pratap, a legendary King of Mewar. The drive through the sanctuary was absolutely fantastic with its mountain climbs, twisting turns and splendid nature’s bounty in abundance. We were also keenly eyeing the signboards of various resorts which were going to present themselves as soon as we exited the protected jungle area.

We stopped at Aranyawas, which was the first one to appear as we started our climb down the mountains. The place turned out to be quite serene and extremely well managed from the reception at the car park, where a guard happily assisted us in parking the car and then gave directions towards the restaurant. The stewards at the restaurant were simple, gracious and welcoming. We were seated, luncheon mats, cutlery and plates were laid and order for our lunch was taken quite promptly. We kept it non-complicated and ordered a simple fare of Chicken Curry, Chana Masala to go with Rotis.

After lunch, we started our approach to Udaipur and after checking out Karohi Haveli, zeroed on another Haveli called Jaiwana Haveli. Overall a great Day 4. Rest of the story is in the pictures. 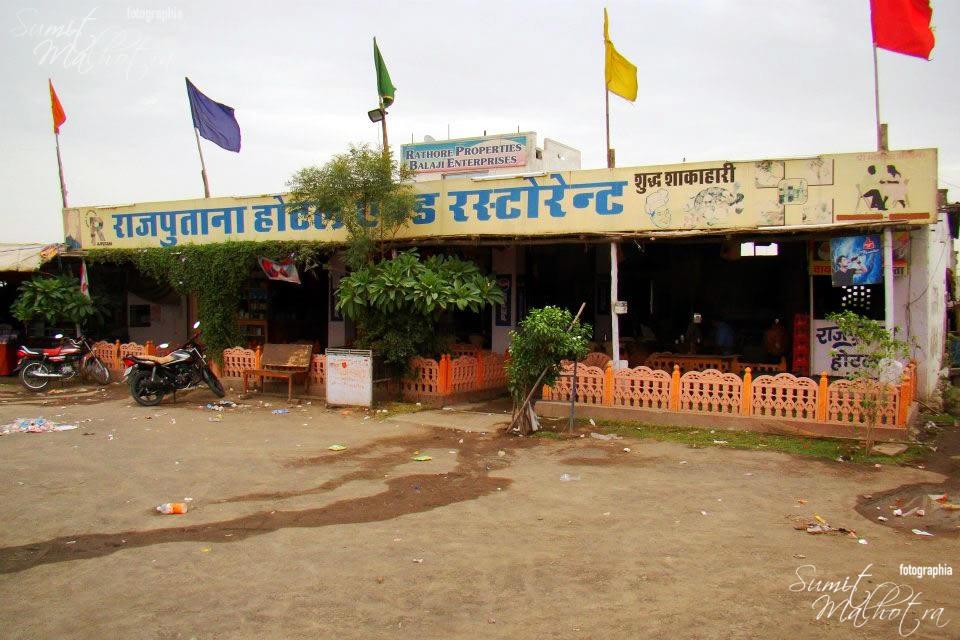 At Rajputana Hotel & Restaurant, where we stopped for lunch while enroute Bali, Pali District, Rajasthan 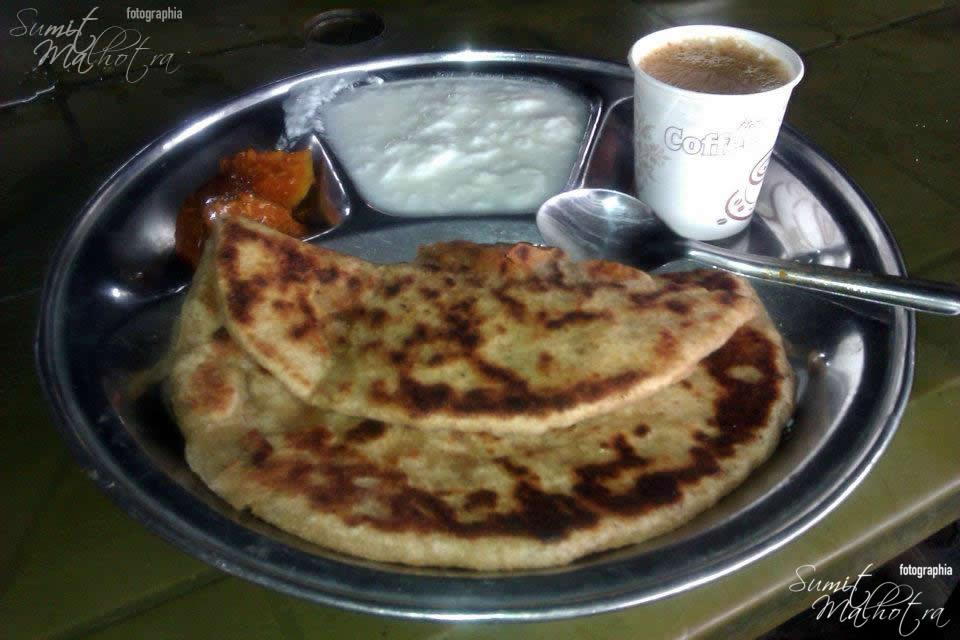 The Breakfast Plate - We ate really nice and hot from the gridle paranthas stuffed with a spicy mix of onions and potatoes. We could see the amount of chilly that went into it with every tear of the bite. Accompanied with curds and pickle and downed with "special" tea (the boy who made it used full cream milk), it was a perfect breakfast. 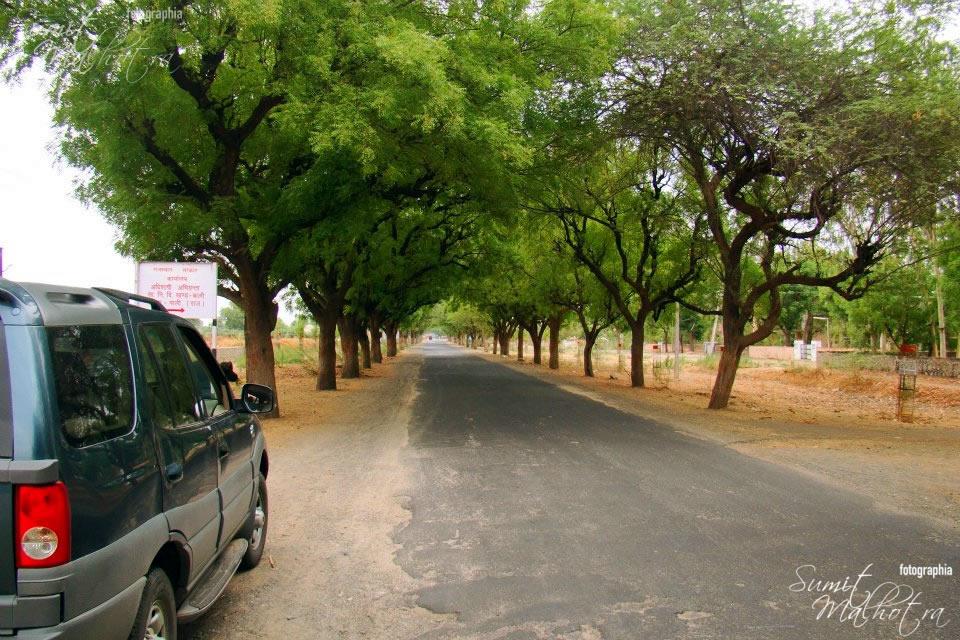 The greener part of Rajasthan. This was taken when we were enroute Bali from a place called Falna. Another thing that continues to impress me about Rajasthan apart from food are its "everything to write home about" ROADS. Fantastic is the word. 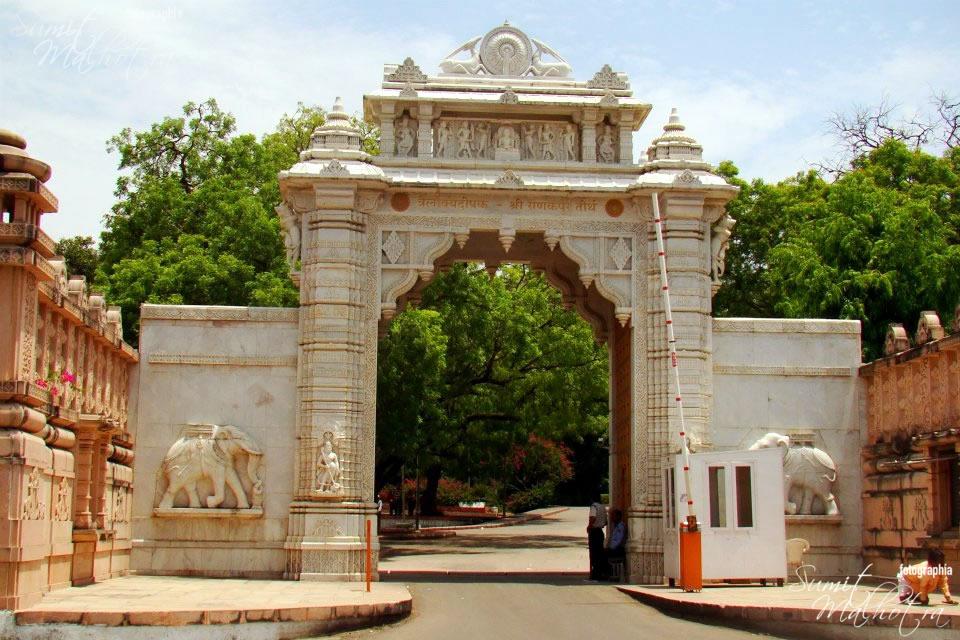 The Famous Jain Temple at Ranakpur 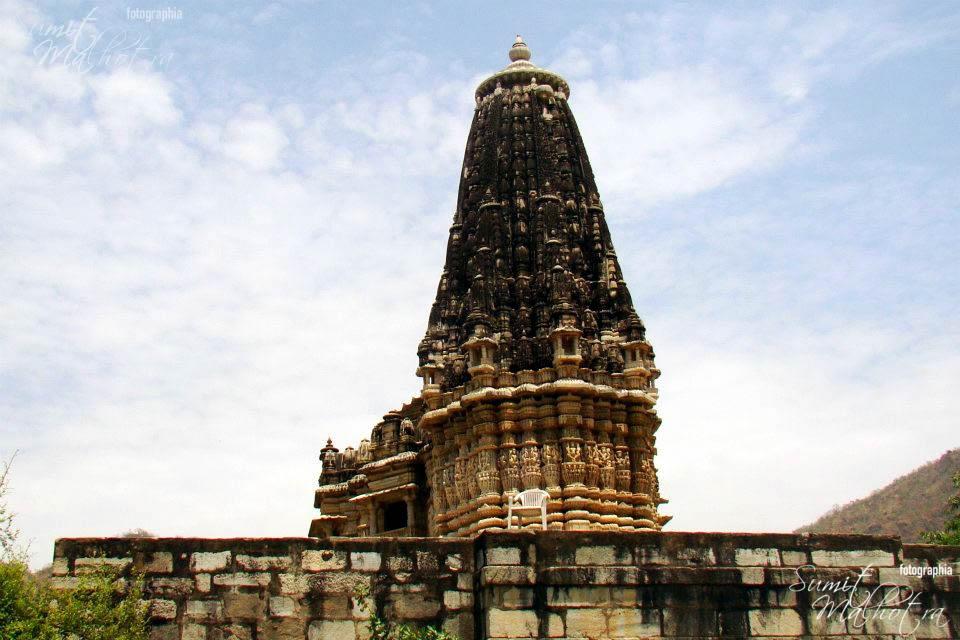 Lord Shiva's Temple at Ranakpur right next to the Jain Temple. 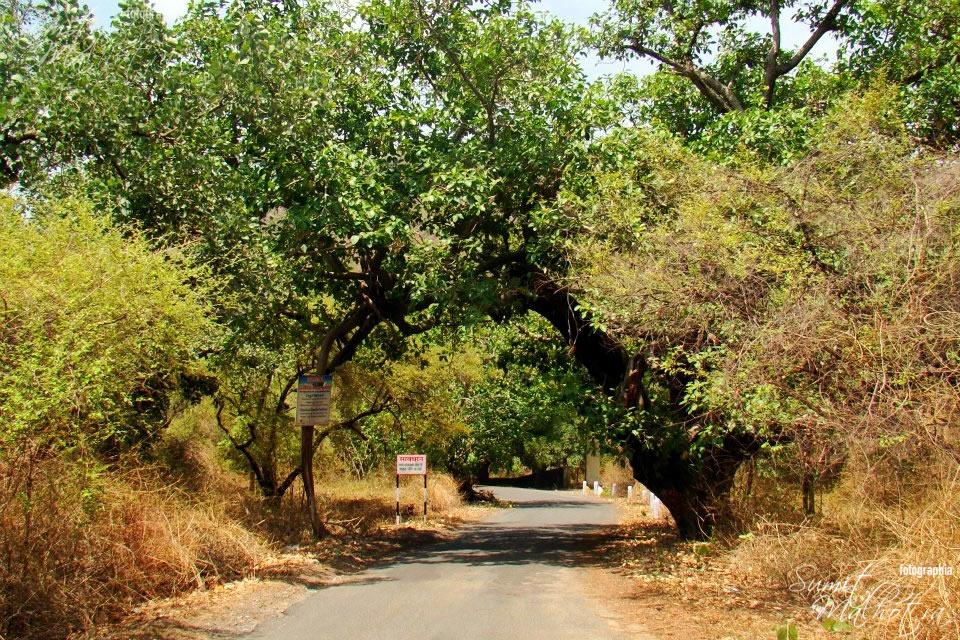 Do you see something peculiar in this picture? This was taken while crossing the Kumbalgark Wildlife Sanctuary. The drive and the views were simply amazing. 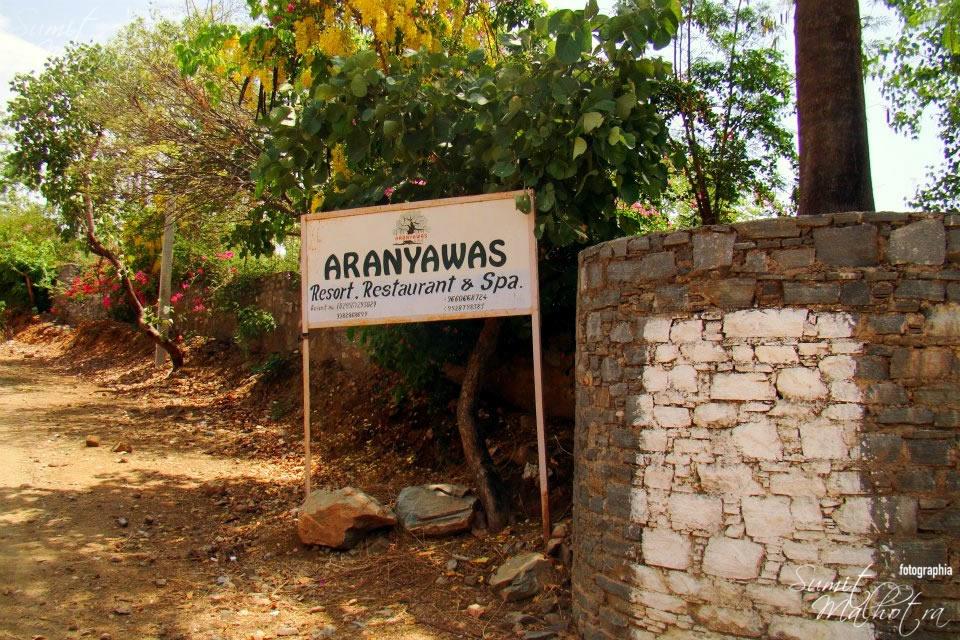 When you are travelling from Ranakpur to Udaipur, Aranyawas is on the right hand side and a great place to break your journey. Apart from good food, they have cottages and camps also. 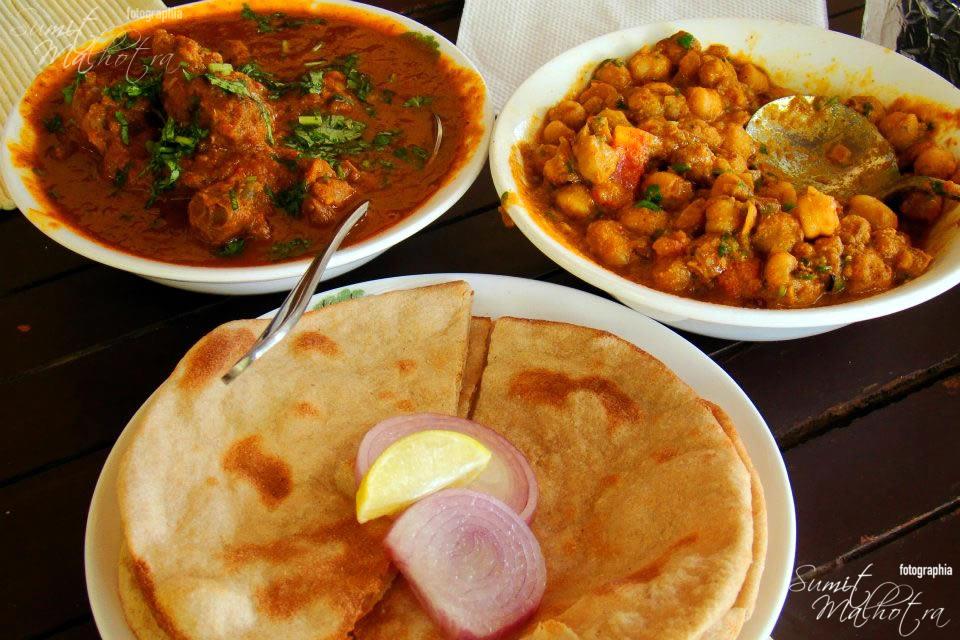 We ordered a basic fare of a chicken curry, chana masala and rotis. The stuff was brilliantly done. I still think it had a pahari touch to it but the spices that were used were obivously local. Full of flavour the chicken was soft and tender, while the chanas had slight bite to them but were refreshing in taste. Best of all, there was no trace of oil in either of the dishes. A Perfect Meal! 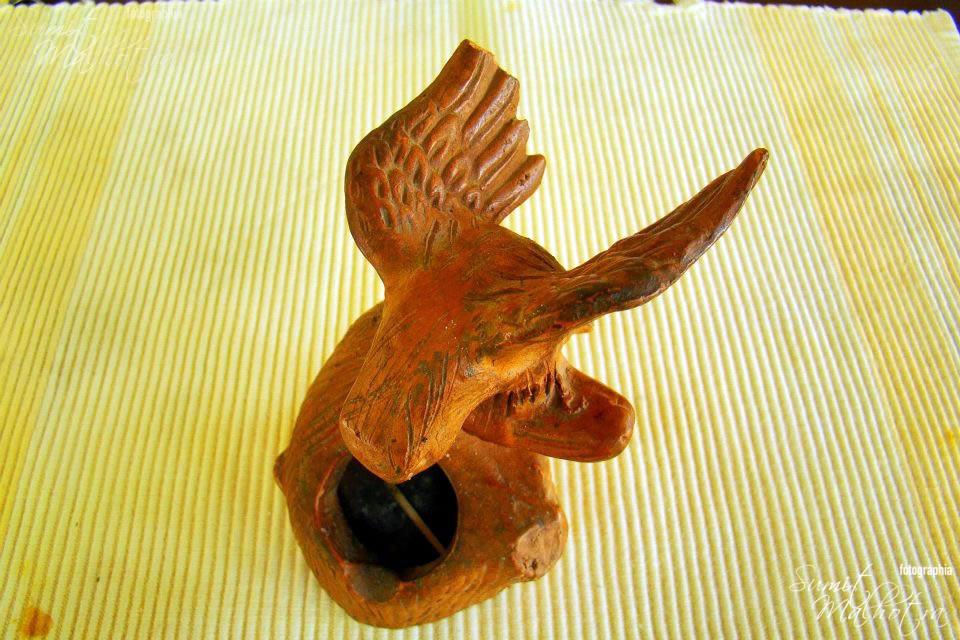 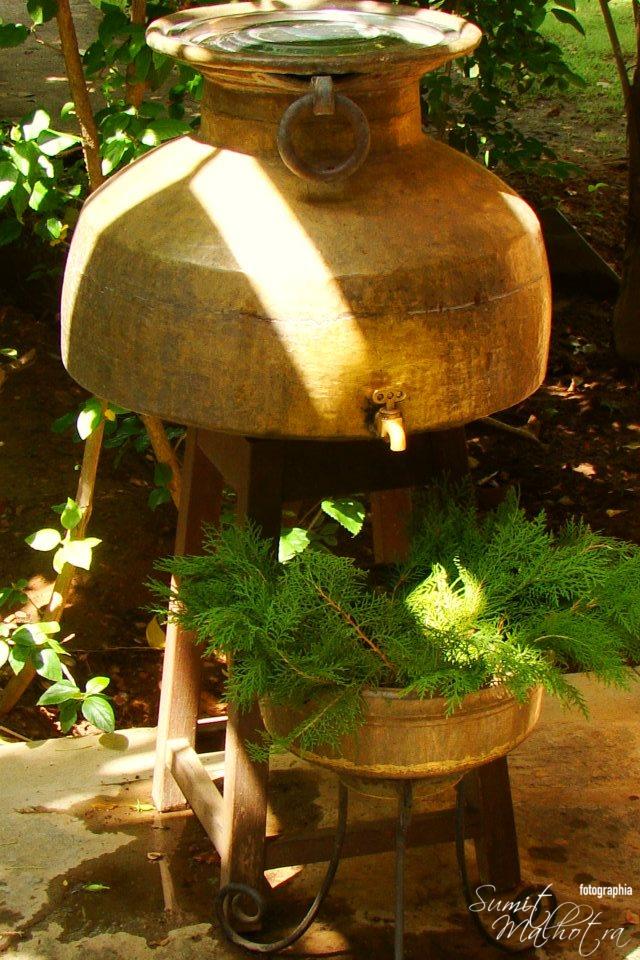 Now this is something unique - I had never seen anything so innovative like this before. A hand wash made of brass vessels. It was really touching to see care was taken to cover the dirty water with a few bunches of leaves so that the guests did not see the grime accumulated below. 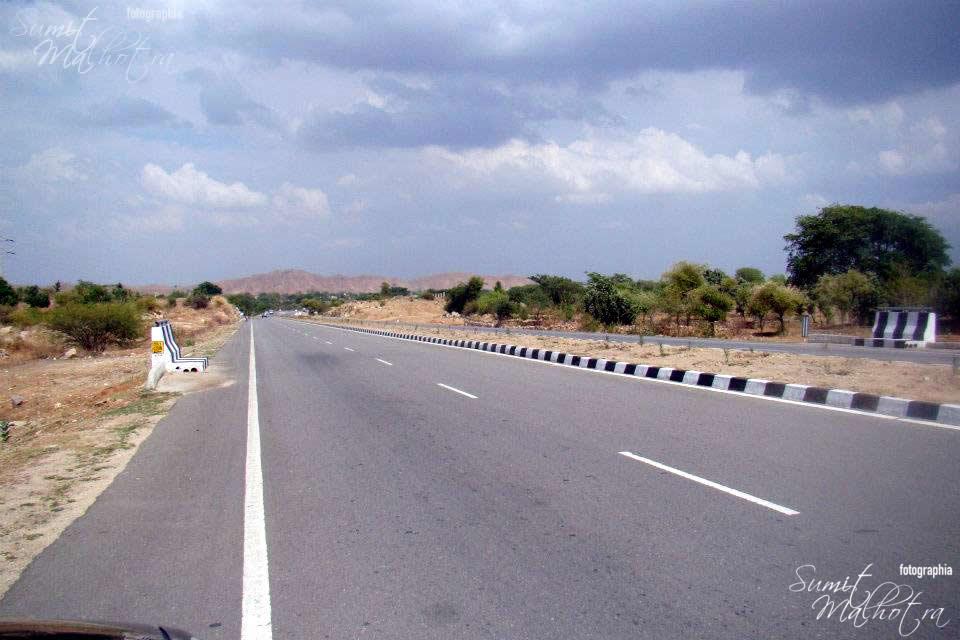 This is NH-27 .. Nothing less that the international highways. Suitably impressed. 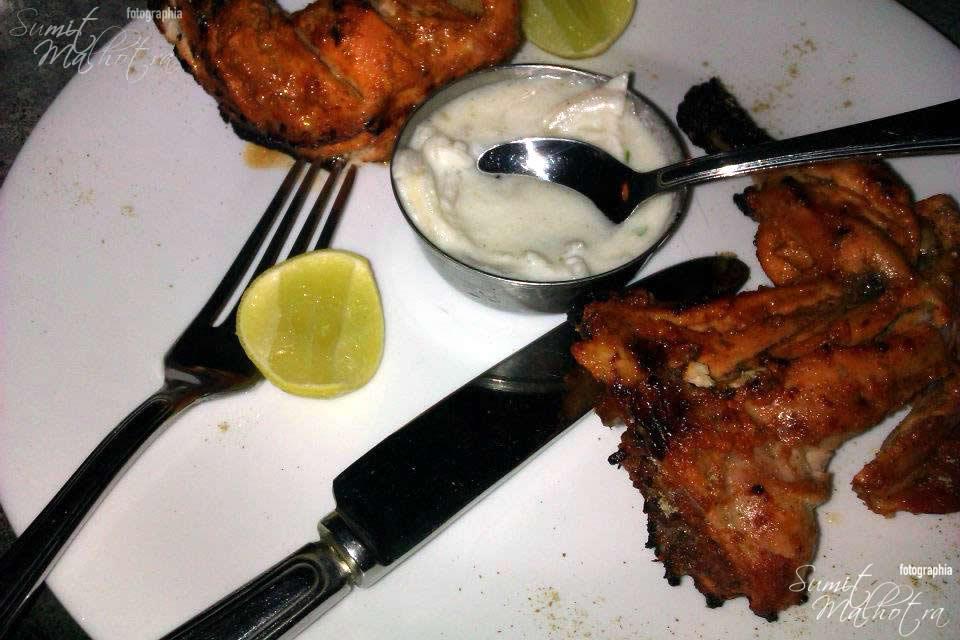 The first course right out of the tandoor. Lightly or rightly spiced hot, crisp and juicy chicken served with a chutney onion rings in slightly thinned curds (very different and delectable) 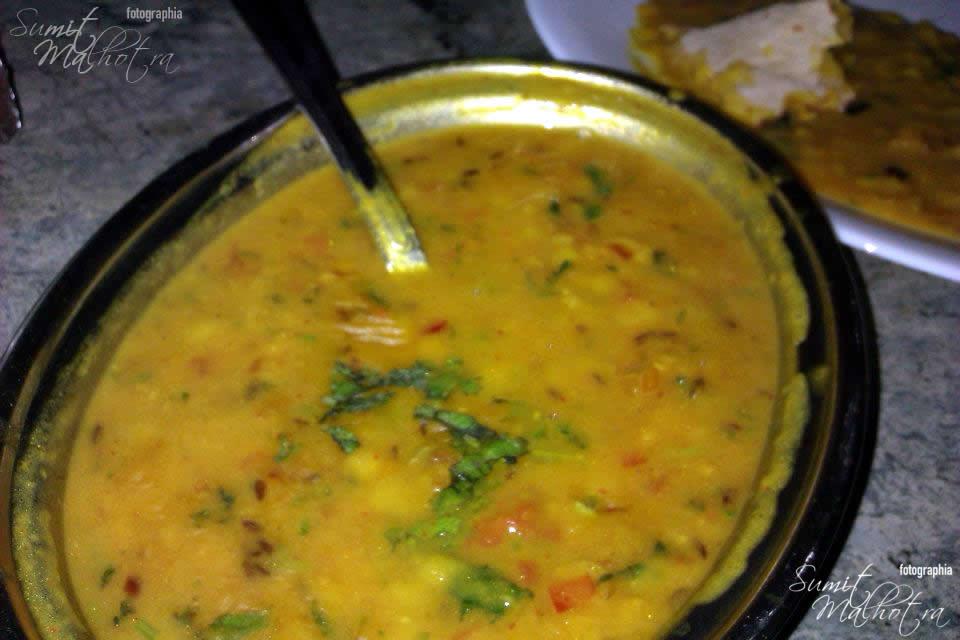 This humble dal fry was one with a garlici punch. The dal itself was done to perfection and served with a tadka of garlic done just right. The melange of flavours in the humble dal fry made it the top dish of the day. 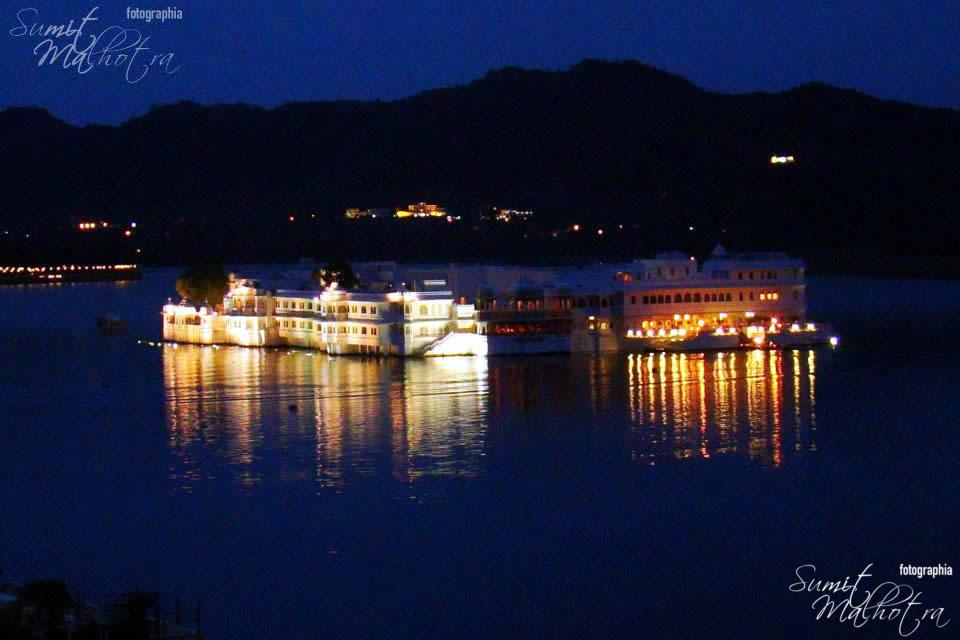