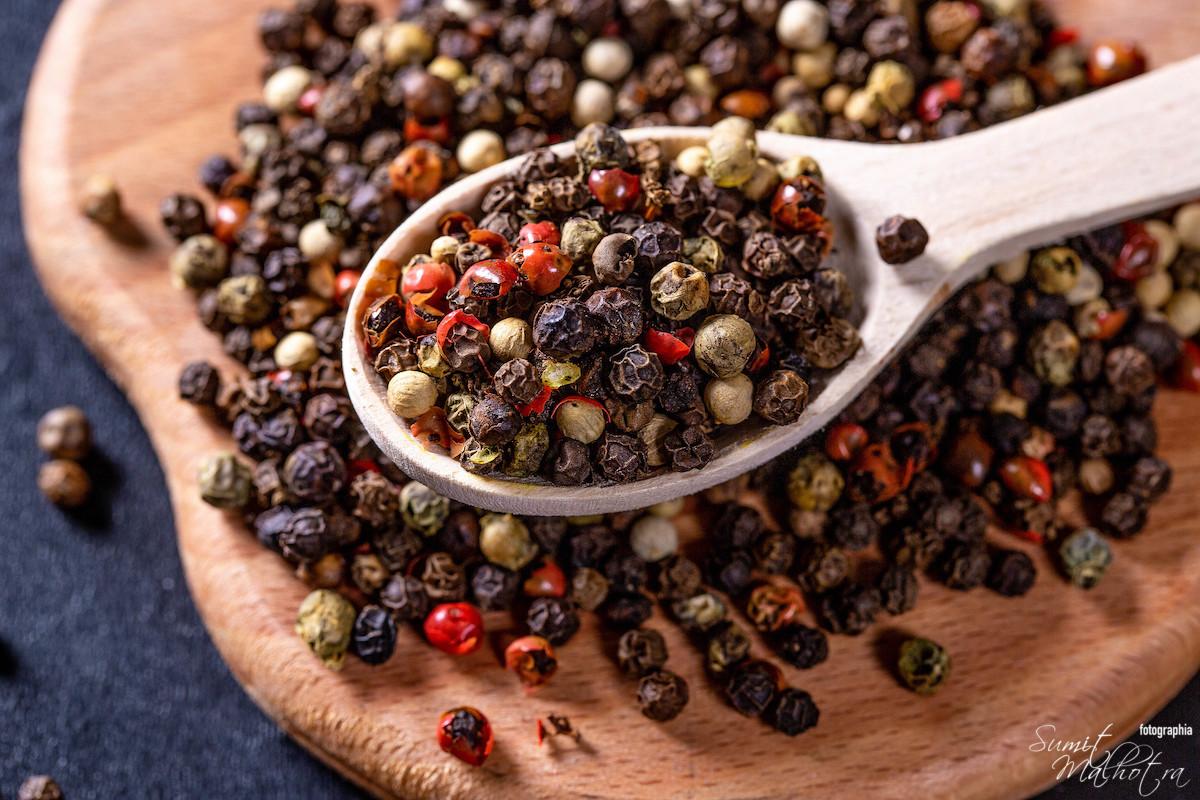 Health Benefits of Black Pepper – Black Pepper comes from black peppercorns that are the fruits of a flowering vine in the Piperaceae family. The green, wide-leafed vines grow long tendrils where cylindrical clusters of the berries ripen.

The fruits are small containing a thin skin, very little actual fruit, and single large seed. The fruits are picked at varying degrees of ripeness depending on the strength and type of pepper desired and then processed accordingly.

Black Pepper or The “king of spices” is widely used in cuisines globally. It’s indigenous to the rain forests of Kerala and also known as “black gold”. It is still dried in direct sunlight. The fruit in the dried stage is known as peppercorn and that’s used as a spice, medicine and seasoning. After drying it’s consumed in the raw form.

What are the benefits of black pepper?

Black pepper is one of the most versatile spices used in virtually in all kinds of savoury cooking. In order to keep their fragrance and flavour intact, they are generally ground just before preparing dishes and added at the last minutes in the recipes.

While ground pepper only stays fresh for about three months, peppercorns last indefinitely. They are used to marinate chicken, fish, and meat. They are also used in the preparation of soups, barbecue sauces & pickling. Overall, black pepper is used to prepare just about every kind of dish, including desserts!

Black peppercorns or Kali Mirch is a versatile ingredient that can be added to a variety of recipes, including meats, fish, eggs, salads, and soups. It’s available at most grocery stores.

What are the nutritional benefits of black pepper?

Black Pepper packs a lot of nutrients. Calcium, iron, manganese, and other vitamins and minerals are found in pepper. Such elementary composition clearly signifies the health benefits of kali mirch.

The vine is native to India but is grown in nearly every tropical region. Vietnam currently grows and exports the most black pepper, totalling around 35% of the world’s supply, followed by India, Brazil, China and Sri Lanka.

Used in practically every single style of cuisine imaginable pepper is the most traded spice worldwide and makes up 20% of the world’s total spice trade. In fact, the black pepper trade is worth billions of dollars annually!

A lot of this enormity can be because of the valuable health benefits of black pepper. The best way to consume black pepper and to harness maximum benefits is to eat freshly ground pepper, and not cook it along with food. 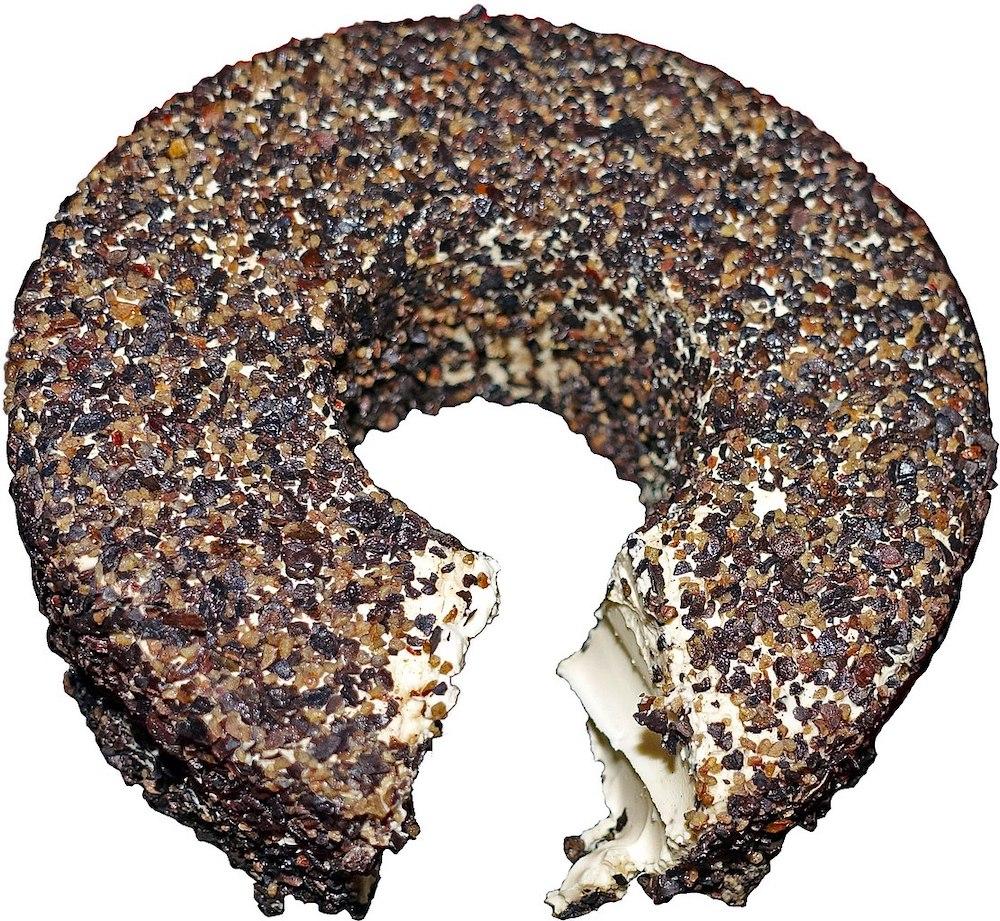 What are the health benefits of black pepper or kali mirch? 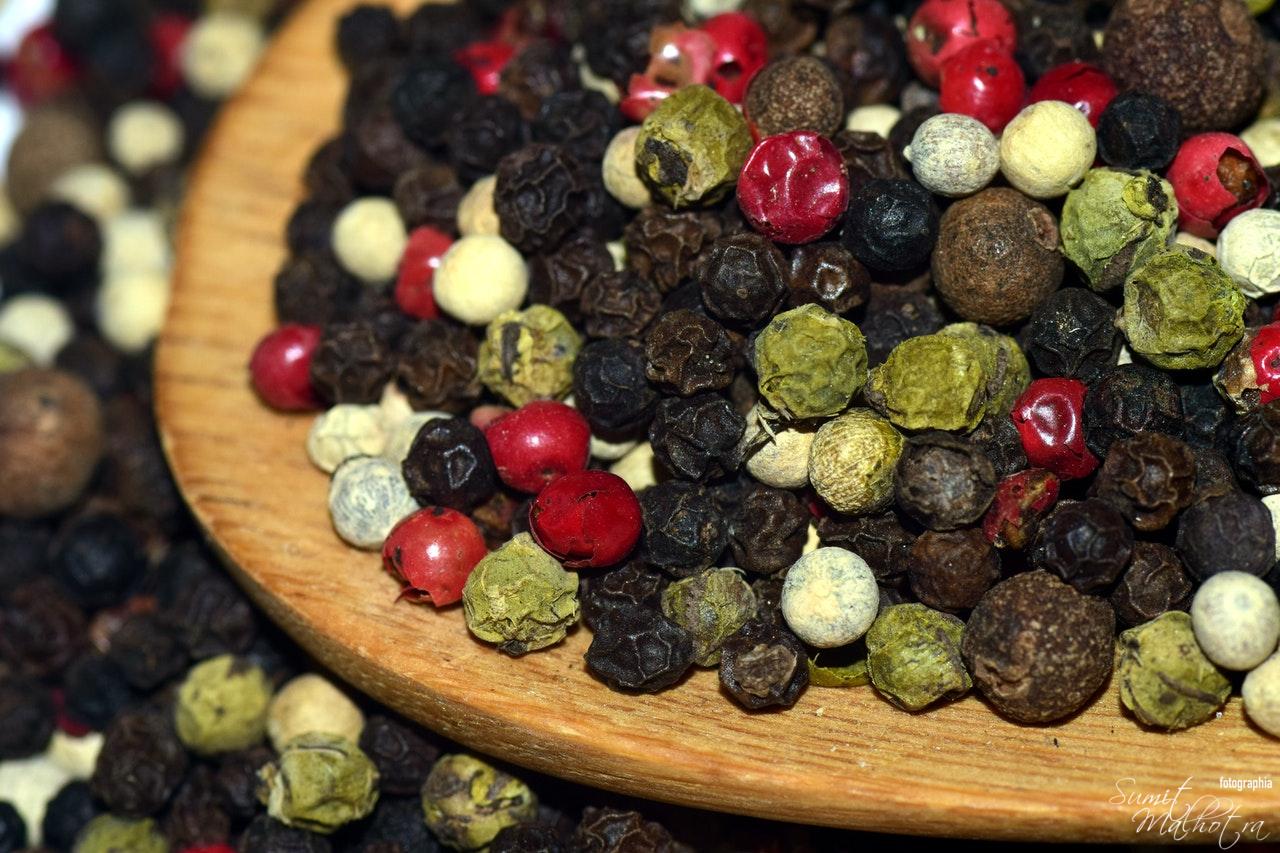 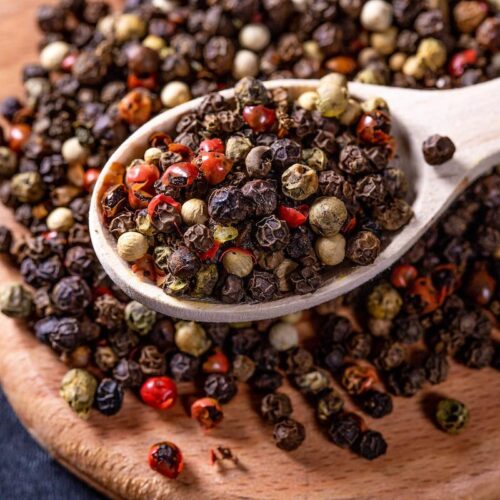 Finally! To Sum It Up About Black Pepper or Kali Mirch 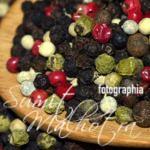 Black pepper is the dried, mature but unripe berry (fruit) of Piper nigrum, a branching vine or climbing, perennial shrub. Culinary & Health Benefits of Black pepper make it the most important spice of India and the world due to its day-to-day use.

Cinnamon Coffee – For a Super Start of the Day

Black pepper adds a spicy oomph to recipes and activates turmeric too. It’s great to know its health benefits.

Lovely black pepper spice rub … It will go on my steaks surely today.

#Breakfast #acquisitions right from the #nature and freshly plucked this morning. Does it get any better than this? @ Roddam instagram.com/p/CSGW…

#Read - All About Onions | Know Your Vegetable & Spice Pyaz (#AlliumcepaLinn) - #Onion is the most widely cultivated #species of the genus #Allium. Onion is a border­line case between #spices & #vegetables. Find out more about #onions gosumitup.com/all-ab…