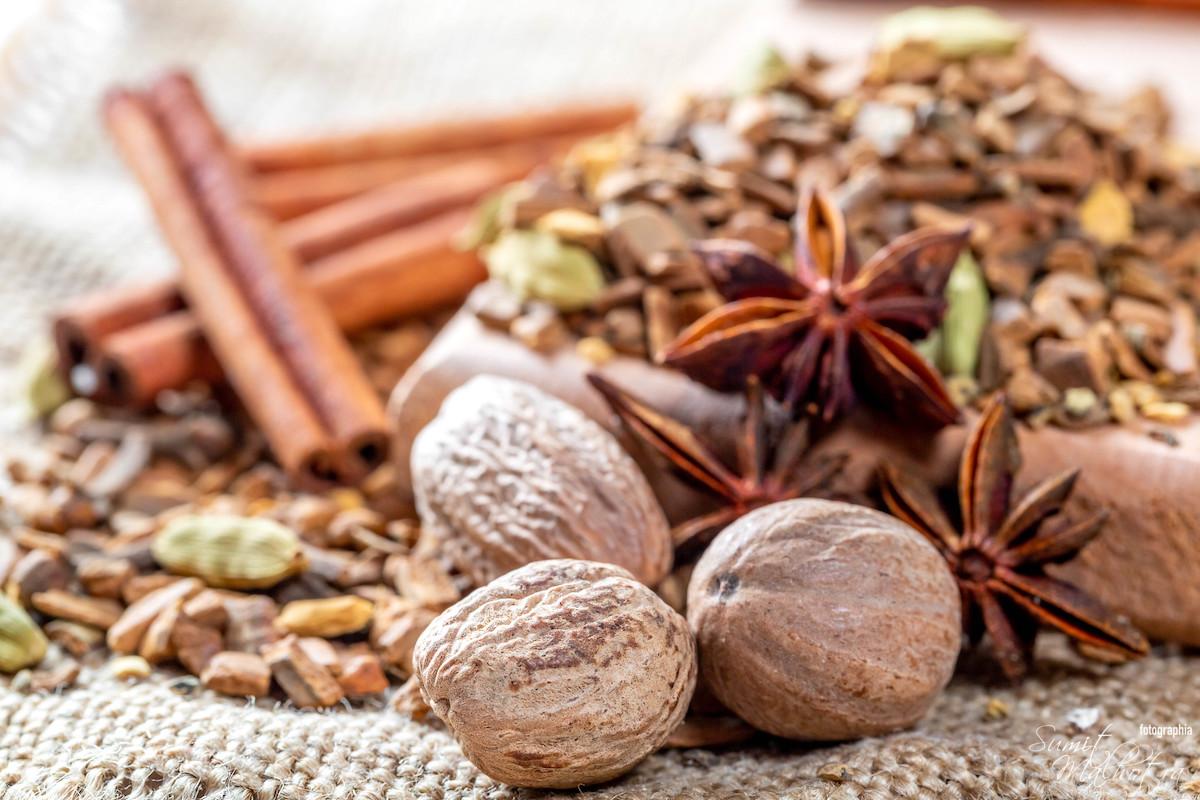 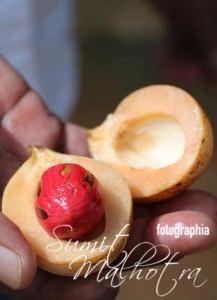 Nutmeg or Jaiphal (Myristica fragrans) comes from a dark-leaved evergreen tree cultivated for two spices derived from its fruit: nutmeg, from its seed, and mace, from the seed covering. Indonesia, Sri Lanka and India are the main producers of jaiphal and mace.

Jaifal or Jaiphal (Jaifal) contains antibacterial, antiviral and anti-cancer activities. It is used in traditional medicine for treating various disorders. In Ayurveda, it is used to balance Kapha and Vata doshas.

Taste Fact: Nutmeg has a fresh, rich aroma and a woody, bittersweet flavour with hints of clove. It is warm and aromatic with a deep flavour.

In this article hide
1 Health Benefits of Nutmeg | Jaiphal ke Fayde
2 What is Nutmeg good for?
3 Can Nutmeg be harmful?
4 Nutmeg or Jaiphal - Frequently Asked Questions
5 Is nutmeg good for anxiety?
6 Can we take nutmeg daily?
7 What is nutmeg used for?
8 Is nutmeg safe for cooking?
9 How is Nutmeg different from Mace?
10 Does mace taste like nutmeg?
11 Health Benefits of Nutmeg
12 Homemade Nutmeg Powder - Jaiphal Powder
12.1 Ingredients
12.2 Instructions
12.3 Notes
13 FINALLY, TO SUM IT UP
14 STAY CONNECTED

What is Nutmeg good for?

Jaifal is found to have several health benefits. It has the ability to relieve pain, soothe indigestion, strengthen the cognitive function and detoxify the body.

Can Nutmeg be harmful?

Though, jaiphal or jaifal is unlikely to cause any sort of harm when consumed in small quantities, taking it in high doses may cause adverse side effects. It contains the compounds myristicin and safrole.

When ingested in large amounts, it can cause symptoms like hallucinations and loss of muscle coordination.

Get to know Nutmeg or Jaiphal

Is nutmeg good for anxiety?

Nutmeg is known to be an aphrodisiac. It stimulates the nerves in the brain. It was commonly used as a brain tonic by the Greek and Romans in ancient times. It is an effective ingredient for treating depression and anxiety as its essential oil tends to ease fatigue and stress.

Can we take nutmeg daily?

Though it is unlikely to cause harm when consumed in small quantities, taking it in high doses for a long period of time may cause adverse side effects.

Consumption of jaiphal in a dose of 120 mg or more over a period of time daily has been linked to hallucinations and other mental side effects. Jaifal or Jaiphal contains compounds myristicin and safrole.

When ingested in large amounts, these compounds can cause symptoms like hallucinations and loss of muscle coordination.

What is nutmeg used for?

Nutmeg or Jaiphal is a common cooking spice known for its warm flavour and sweet taste.  Popular culinary uses of jaifal include its use in baked goods such as puddings and pies. it is also used for savoury dishes and sauces as well as classic drinks like eggnog.

Is nutmeg safe for cooking?

Small amounts of jaifal can be used safely in cooking. Most recipes only call for roughly 1/4 to 1/2 teaspoon of nutmeg per recipe. These recipes are often split into multiple portions, leaving the actual exposure to nutmeg very insignificant. You can also use a similar amount in your daily coffee.

How is Nutmeg different from Mace?

Nutmeg and Mace are from the same fruit of the nutmeg tree (Myristica frangrans). The nutmeg is the oval-shaped pit, which is the fruit, and mace is the bright red webbing that surrounds the shell of the pit.

The mace is removed, dried and that turns into a reddish colour. The nutmeg can either be dried and left whole and packaged for grating or dried and grated fresh.

The taste between nutmeg and mace is slightly different. Mace is more pungent and spicier, which is similar to the combination of cinnamon and black pepper.

On the other hand, nutmeg can be described as less intense with a sweetness similar to cinnamon but more piquant.

Both spices actually include some of the same oils that flavour black pepper and cloves. Even though they have similar uses in recipes they are rarely used together. Jaiphal does have a sweeter more delicate flavour and fragrance than mace or javitri. 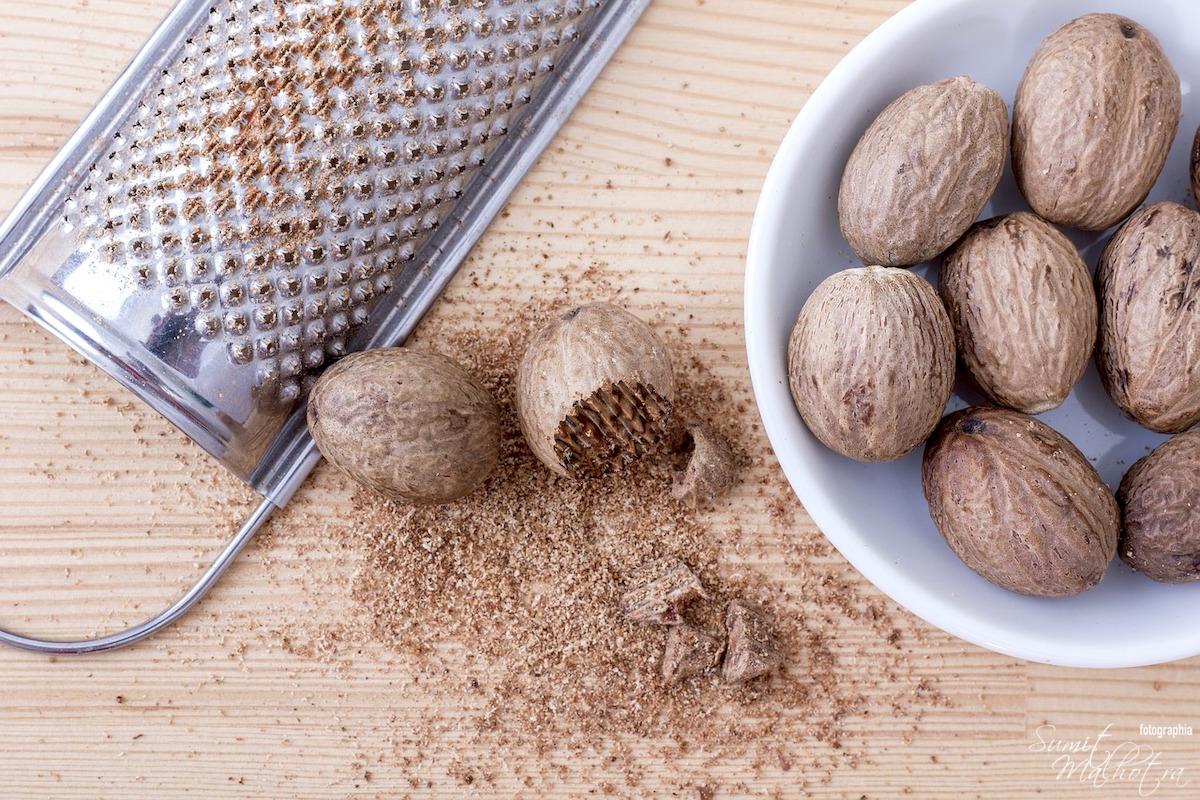 How to grate nutmeg into powder 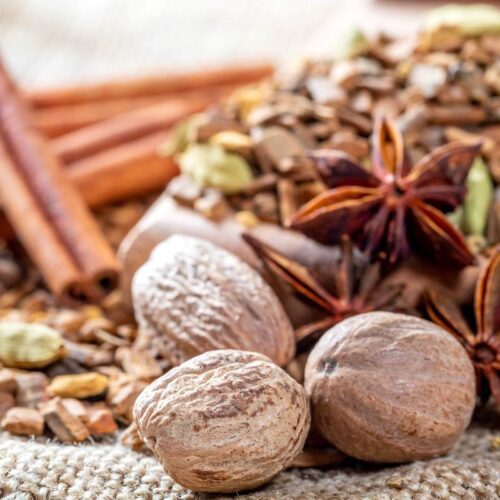 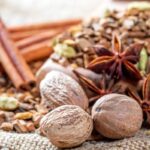 Nutmeg or Jaiphal is a popular spice made from the seeds of Myristica fragrans. Indian cuisines use nutmeg for its aromatic value and unique flavour.

But jaifal is more than just a spice that enhances the taste and smell of food. It has an immense nutritional value & health benefits of jaiphal are immense also.

Cinnamon Coffee – For a Super Start of the Day

All About Tamarind | Know Your Spice Imli...

All About Sweet Flag | Know Your Spice...