Health Benefits of Cashew Nuts | Benefits of Cashews – Cahsewnuts have long been viewed as a delicacy. More recently, cashews have become popular throughout the world for their delicate flavour and extraordinary health benefits.

You have known cashew nuts is various forms – raw cashews, roasted cashews, or cashews that have been seasoned with various flavourings.

This means you have been using them as a snack or as an addition to salads, curries, smoothies, stir-fries and other meals.

Cashew derives its name from the Portuguese name for the fruit of the cashew tree: caju also known as acaju. Acaju is a Tupian word literally meaning “nut that produces itself”.

Cashew nut oil is rich in selenium, zinc, magnesium, iron and phosphorous. Also, they are great sources of phytochemicals, proteins and antioxidants. The high percentage of selenium in cashews is not only good for your skin but helps prevent cancer as well.

Cashews nuts are rich in protein and other nutrients and can offer some useful health benefits. They can help boost bone strength, heart health, and others.

Find out more about the nutritional properties of cashew nuts, along with a list of their potential health benefits and ways to incorporate them in your diet.

Cashew, which is a native of Brazil, is widely cultivated throughout the tropics for its very nutritious, free-of-cholesterol nuts.

It is one of the first fruit trees from the New World to be widely distributed in the tropics by the Portuguese and Spanish adventurers, who had set out across the world on a sea route.

Cashew nuts are curved edible seeds of the cashew tree, and these seeds are commonly called cashew “nuts” though they are not true nuts.

In the current days, cashew production has been an important economic activity for many tropical countries, providing a variety of food and industrial products. Vietnam, Nigeria, India, Indonesia and Brazil are currently the world’s leading producers of cashew nuts.

Cashew is globally one of the most popular tree nuts and is eaten as a snack or incorporated as an ingredient in a variety of foods. Cashew ranks third in the international tree nut trade with over 20% of the market.

Cashew nuts are essential to Indian food. Apart from their use in gravies, they are added to different rice preparations for a certain amount of crunch to the dish. They are most commonly used in Biryanis and Pulaos but sometimes also in the South Indian delicacy, Bisi Bele Bhaat.

The cashew kernel is of high food value with about 40–57% oil and 21% protein contents. It is an important delicacy, which is mainly used in confectionery and as a dessert nut in desserts like Kheer.

In summary, the cashew nut is an excellent snack, a good appetizer, and an excellent nerve tonic and stimulant. Although the crop has its roots in Brazil, it is India, which nourished it and brought it to international eminence.

Today, India is the largest producer, processor, exporter, and second-largest cashew consumer in the world 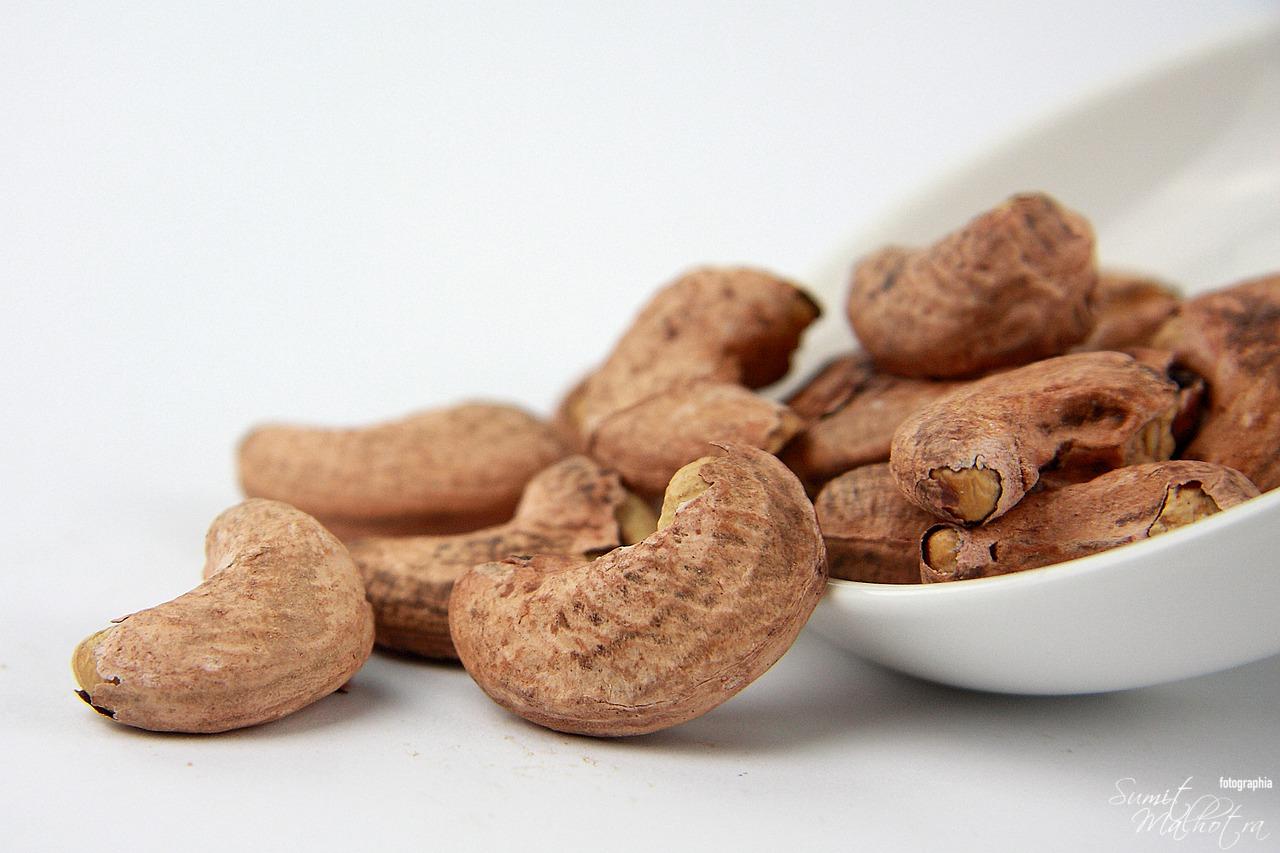 Health benefits of Cashew Nuts or Cashews – Cashews nuts are rich in protein and other nutrients and can offer some useful health benefits. They can help boost bone strength, heart health, and more. Here is a list of their potential health benefits and ways to incorporate them into your diet. 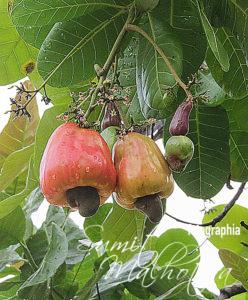 Cashew Nuts or Cashews being a prominent crop in India is also an extremely essential ingredient found in almost all Indian households. The ease of use, flavour and high nutritional benefit makes this amazing nut which can be relished as different cuisines or just as a mouth pop in especially in Winters.

Are roasted cashew nuts good for you?

Of course, they are but keep your intake under control. Roasted cashews are soft and sweet flavoured. Roasting adds a little extra crunch to cashew nuts in the process. It’s really easy to learn how to make roasted cashews. It will ramp up your cooking prowess with a very little effort. And, they are super to munch on for fun.

Bhuna hua kaju is undoubtedly a guilt-free snack and can be served to all gender and age groups without any fuss.

How to roast cashew nuts?

Ensure you use fresh cashew nuts and roast them on low to medium flame to get a crunchy bite. It simply involves tossing them in a frying pan or a skillet on the flame. You can also some add sea salt and/or red chilli powder if you like the spicy touch.

The recipe for Roasted Cashew Nuts or Bhune Hue Kaju follows below. 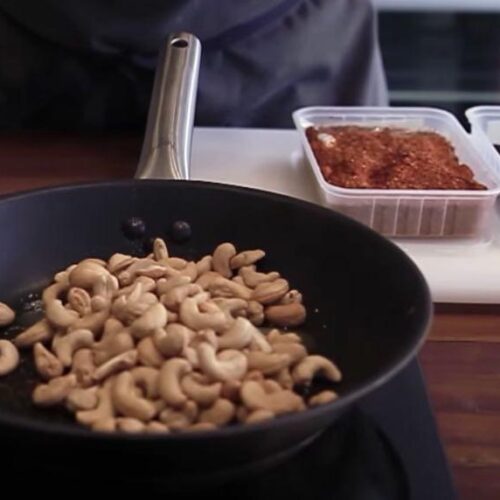 FINALLY! TO SUM IT UP 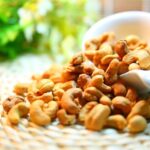 Cashews are low in sugar and rich in fibre and hence health benefits of cashew nuts are significant. They contribute to heart-healthy fat and plant protein. They’re also a good source of copper, magnesium, and manganese — nutrients important for energy production, brain health, immunity, and bone health.

Cashews make for an amazing keto-friendly snack that could help reduce your risk of cancer, heart disease, obesity, and diabetes. Research also points to the health benefits of cashews on your skin and hair, and even your nerves, due to their powerful micronutrient content.

I am glad you liked it. Thanks

Cashew nut benefit: Cashew nuts are a good source of Copper, deficiency of which can lead to Anemia. Cashews contains a powerful antioxidant pigment called Zea Xanthin, which is directly absorbed by our retina.

All About Tamarind | Know Your Spice Imli...

All About Sweet Flag | Know Your Spice...